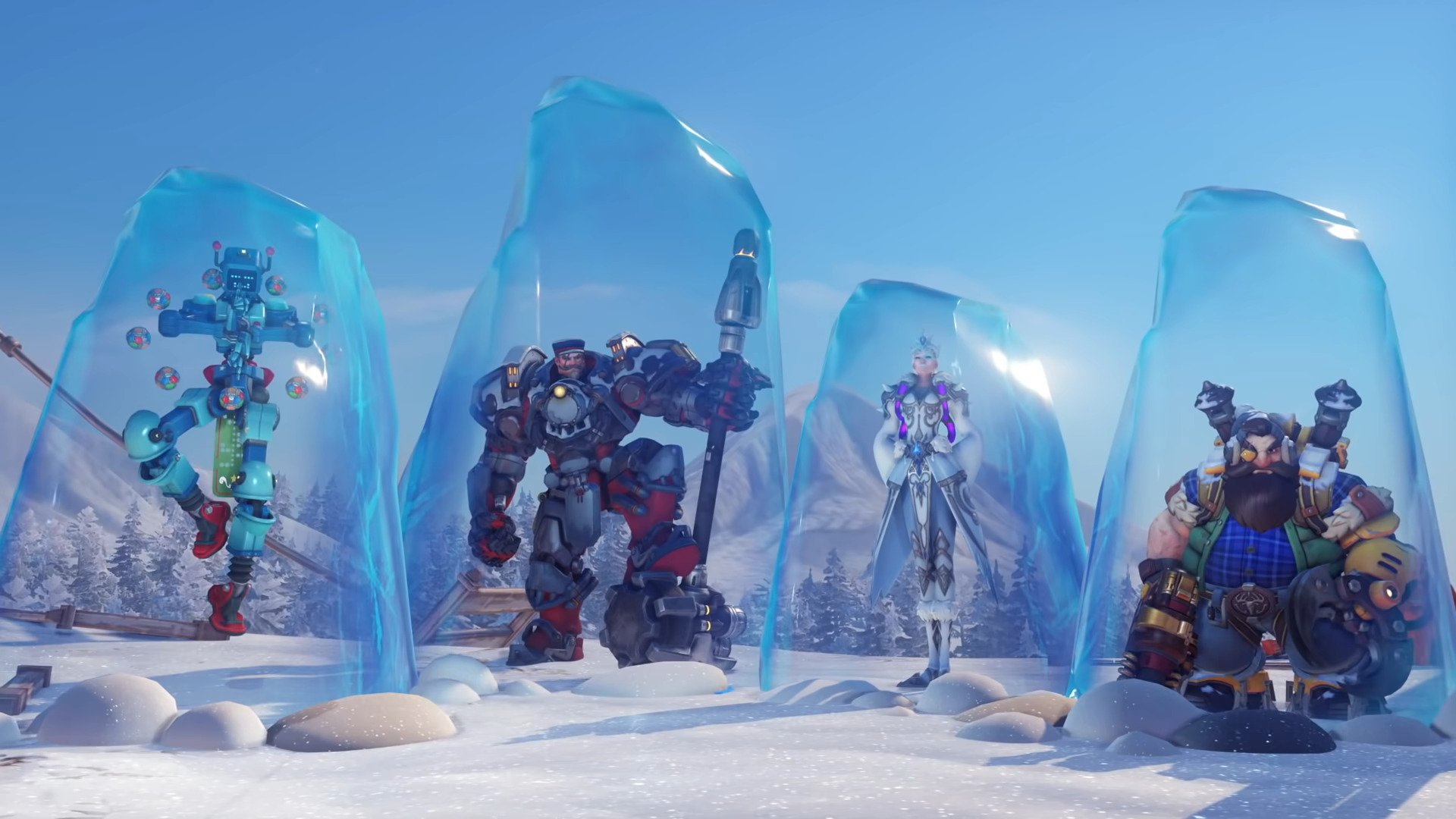 The wait is over and the Overwatch Winter Wonderland Event is finally live. Since 2020 has been a bit of a wash so far, everyone is due for some holiday spirit. From December 15th through January 5th players can get their fill of seasonal cheer for this year. This patch also officially introduces the priority pass system.

For starters, some festive game modes are returning for the duration of the event. Mei’s Snowball Offensive, Snowball Deathmatch, and Yeti Hunt are all making a limited-time return from previous years. Those game modes are all fun in their own right but are also great games to play in order to earn the coveted winter lootboxes.

A new event was also added into the Arcade for this year called 4v4 Freezethaw Elimination. It works a bit like freeze tag, in that your team’s goal is to completely freeze your opposing team before getting frozen.

RELATED: World of Warcraft Shadowlands - An Introduction To The Covenants And Their Zones

Now on to the most important part of the event, all of the juicy loot that can be acquired. The game still has epic skin rewards for weekly challenges. Winning 9 games each week for the next three weeks will net players the following cosmetics:

There are plenty of legendary tier skins to acquire as well. Previously teased Penguin Mei has of course been included, featuring particularly soulless eyes (both from Mei and on the costume.)

A new skin has been included for four other heroes as well. Moira received a skin called Ice Empress which is just perfect for the cold-hearted scientist. Reinhardt received a Conductor skin which amusingly enough includes a choo-choo train noise upon charging.

Torbjorn now sports a new Lumberjack skin complete with a fabulous beard and plaid shirt. Finally, Zenyatta now has a Toybot skin which makes him look a bit reminiscent of Lego Bastion, but with a smiling face display screen.

RELATED: You Should Be Tracking: Raft Offers A Serene Survival-Craft Experience In Early Access

There are also some minor cosmetics to wrap up with. Baptiste, Junkrat, and Mercy have received new emotes, and all of the heroes who were lacking the Toast victory poses have been added. This is in addition to all of the voice lines as well.

Remember, the event runs until Jan. 5th so be sure to log on in time to earn all of these rewards. Most are obtainable through loot boxes and normal gameplay with the exception of the epic skins that are tied to wins.