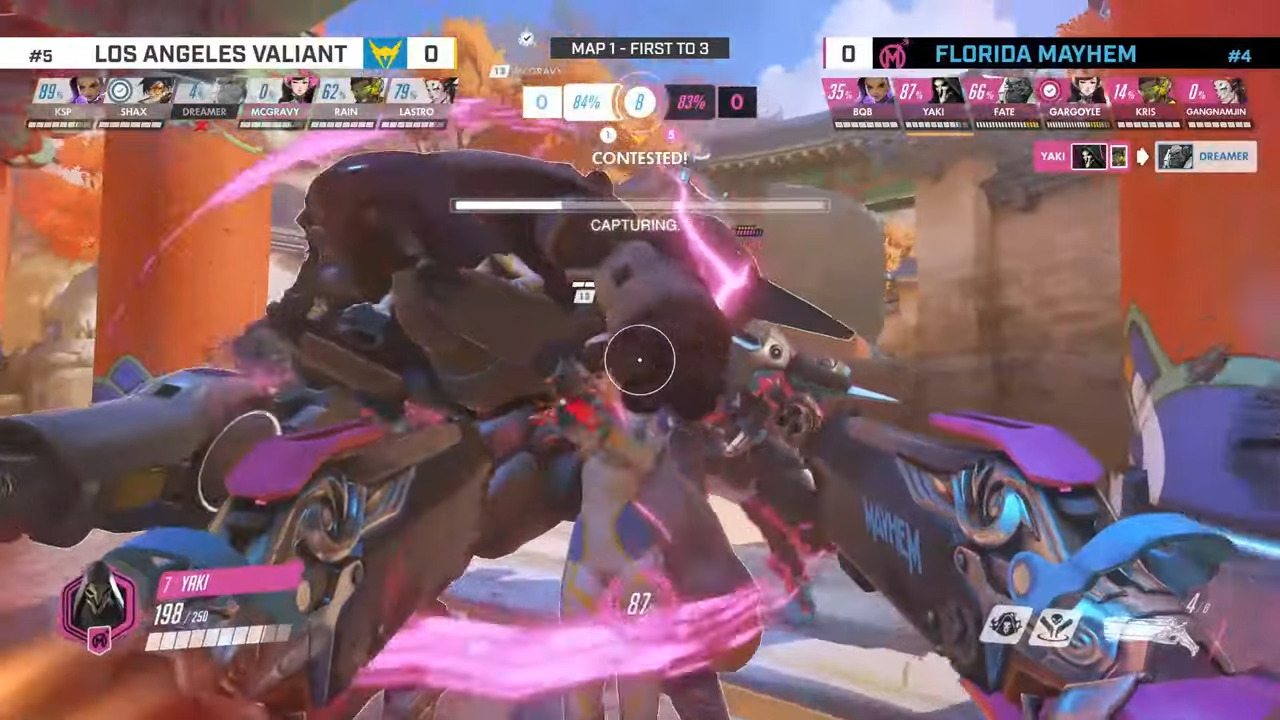 The Florida Mayhem have announced their final roster for the upcoming season of the Overwatch League after the 2020 season was mired with struggles, the vast majority of which stemmed from the pandemic that has interrupted more than a few points of standard operation in day to day life across a wide spectrum of the world at large.

Within that roster comes Son ‘OGE’ Min-Seok as a main tank player formerly with the Dallas Fuel in 2019, and then the Los Angeles Gladiators in the 2020 season.

RELATED: Overwatch Patch Notes For July 30th, 2020: Genji Receives Nerf While Blizzard Is Still Figuring Out How To Rework Moira

Time to tear it up.

The main tank is now stepping into the Florida roster with an understanding of multiple teams: how they practice, gel, and make tactical decisions in clutch moments.

One could posit that OGE is in a prime location to guide the Florida Mayhem for a likely tumultuous 2021 season with his veteran status and understanding of the league as a whole, following a somewhat controversial beginning within South Korea for boosting players into competitive ranks.

The boosting is alleged to have occurred in the summer of 2017, when the player was attempting to earn enough money for a better PC; the shadow of which has followed the main tank across his esport career thus far. OGE was suspended briefly in 2018 from the Overwatch League as a means to make amends for the behavior.

The rest of the Florida Mayhem roster could very well make them a favorite for the upcoming 2021 season, as monumental names have been picked up and look to be gunning for a top spot within the League. The San Francisco Shock might just need to check out the rear view mirror.

BQB, Slime, OGE, Checkmate, Gangnamjin, Gargoyle, and Yaki round out a fully South Korean team that has a monumental level of pedigree and competence that could stand to shake up more than a few teams, presuming that Overwatch League once again can get back to offline play; an aspect that is apparently fully dependant on whether or not the pandemic can be wrested into control by various governments and pharmaceutical groups coordinating a gargantuan movement of vaccines around the world.

OGE seems to have high hopes for the roster as well, which readily mixes aspects of the former Team RunAway with other prestigious names such as BQB and Gargoyle to round out a roster that could stand well against the North American scene.

Unfortunately for us, we’ll need to wait an additional four months to find out precisely how well the new Florida Mayhem can stand in the modern climate.