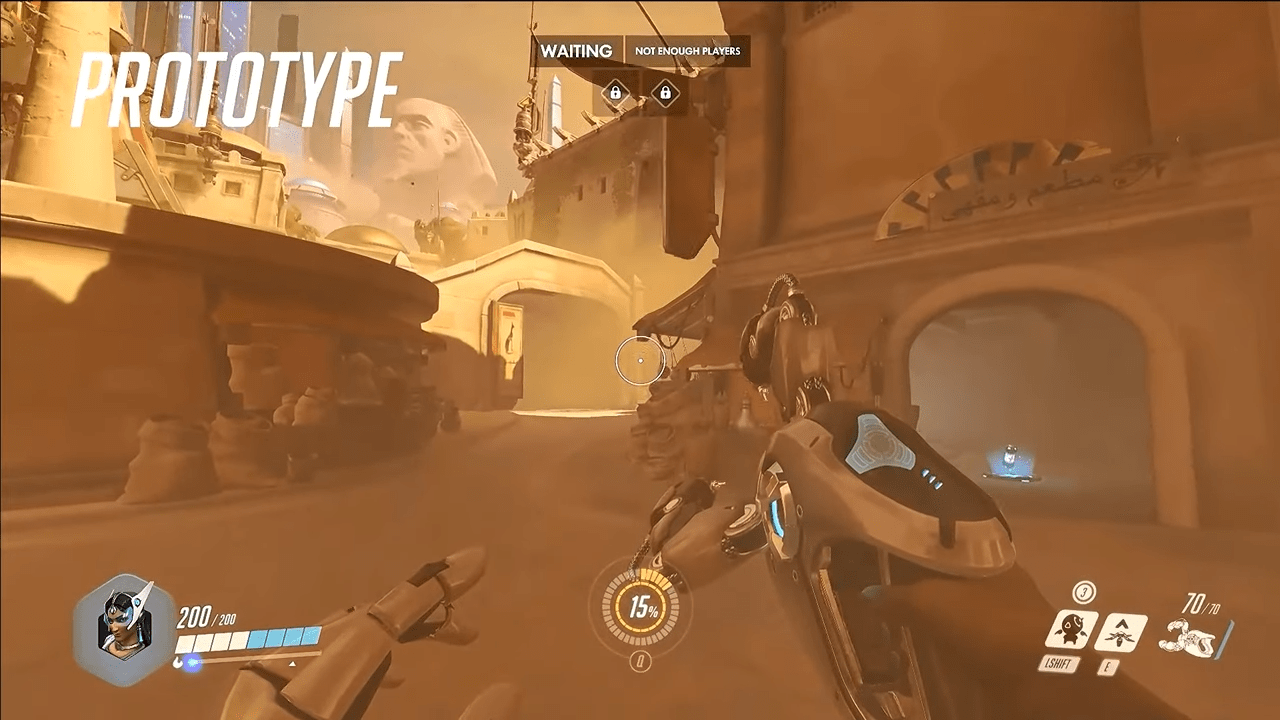 Overwatch now has yet another thing in common with Finnish DJ Darude; we’re not talking about the brief moment in history where they were relevant, but sandstorms. In a leak that stems from former Blizzard employee in South Korea Naeri, she states on Twitter that the upcoming Overwatch 2 is going to feature weather effects that can cause a bit of a loss in regards to visibility.

Hopefully, fans have surmised, this will only affect PvE aspects of Overwatch 2, and not PvP.

ln Overwatch 2, heroes are remodeled with a new look. In addition, not only heroes, but also maps are changing.

Existing maps come with new climate phenomena, such as sandstorms, rain and snow. It will also change to a new graphic 🌨️⛈️🌪️ pic.twitter.com/jz4DjDAJJT

This is, believe it or not, old news; we’ve seen weather effects shown to us in the Anubis map in Blizzcon 2019, where Blizzard stated that if enemies were in there, they would be obfuscated by the weather effects.

It seems likes range factor to add into a title that valiantly struggles with visual clutter, as every hero has their own visual effect that was crafted to let players know what was happening around them, and have turned games into a veritable blur of pixels as figuring out precisely what is going on becomes near impossible.

Blizzard has apparently taken the complaints about visual clutter as a sign that they should add some more with ‘environmental phenomena’ if the report from the former employee is accurate.

Imagine combining the two gifs together, then attempting to figure out what is happening to yourself or your team, much less the status of the enemy team.

It might make for attractive screenshots, but to play a competitive title within that density seems difficult.

Additionally, concerns about heavy winds and downpours affecting projectiles sound like yet another hurdle that may be added to the title in the very near future.

To any other studio, the addition of these mechanics sounds bizarre to the point of disbelief. Yet Overwatch has infamously struggled with balancing their heroes and could be looking at implementing a map balance by limiting sight ranges or making certain heroes, such as Widowmaker, almost useless in certain conditions.

It almost sounds like over-development; a fanciful mechanic implemented by a team that has simply run out of options for differentiating the two titles (Overwatch, and Overwatch 2) at a core level. With the visible power-creep on the most recently released heroes that players and streamers have left the title in droves due to, it’s already a creeping suspicion of many players that fans that don’t instantly purchase Overwatch 2 will face far more difficult opponents from those that have opted to purchase the title, as the heroes will be far over-tuned compared to what has already been released for Overwatch. It’s all hearsay and allegations, rumors and whispers, until there is a period of public hands-on testing with Overwatch 2.

CS:GO - Rosters Are More Than Likely Secure Until Teams Can Get Back To LAN