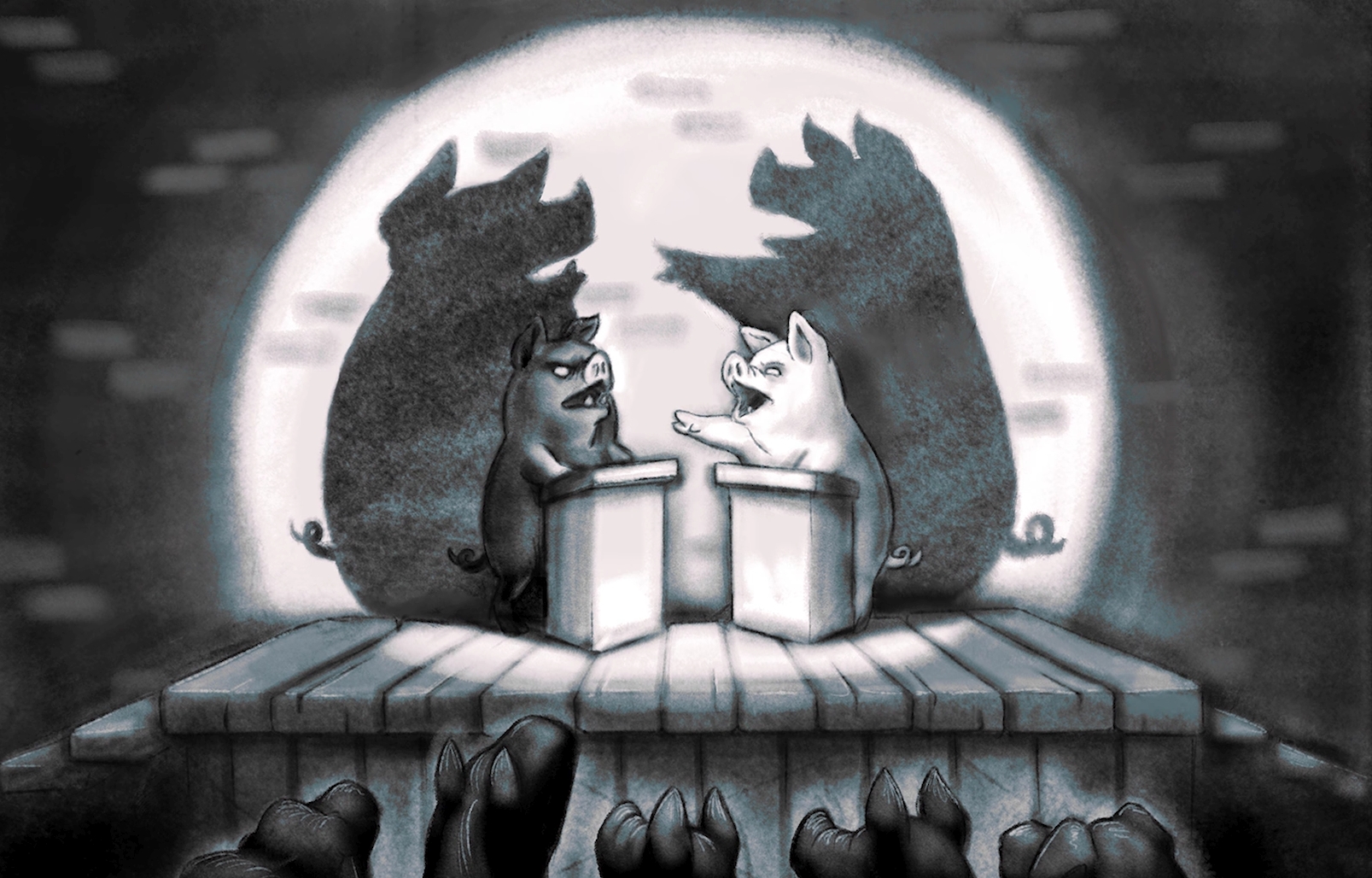 Publisher The Dairymen, along with a development team with Nerial, Emily Short, Imre Jele, Andy Payne, and more, has announced the official release date of Orwell’s Animal Farm on PC and mobile.

Orwell’s Animal Farm is an adventure game based on George Orwell’s original 1945 novella. In the game, all animals are equal, but “some are more equal than others.” The game follows the story about absolute power, corruption, and the ups and downs of Animalism.

After fighting off their human masters, the animals are in charge. Players will have to assign the animals tasks, upgrade their buildings, choose their laws, and direct their propaganda. They also have to make tough decisions on which animals will make sacrifices.

The game features the familiar characters from the novella into a video game and modernizes the experience. The game will change depending on how players move forward. They may create a game similar to the novella or create a brand new tale.

We are excited to confirm that Orwell's Animal Farm will be released on the 10th of December on PC and mobile.

Wishlist the game on @Steam now!https://t.co/oQ3MKVW0Yp#Orwell#AnimalFarm#AnimalFarmGamepic.twitter.com/KHY2egeJEN

While there isn’t action-packed gameplay, the story heavily depends on making tough decisions. After these decisions are made, players will learn how exactly animals react and may be forced to say goodbye to some of their favorites. The game has high-replayability with many decisions and outcomes.

The official website and Steam store page showcase some of the detailed illustrations combined with the story. Some of the artwork is whimsical and cute, while others show how corrupt some animals can become.

The game is currently available to wishlist on Steam. Players will receive a notification as soon as the title is available. The game also has an official Twitter account with updates and development news.

According to the official website, the game was made in development with the Orwell Estate, so players can ensure plenty of research was done during the game’s development.

Some of Nerial’s other games include the Reigns series and Devouring Stars. The developer’s next project, Card Shark, is planned to launch next year. Card Shark takes place in the 18th century within French society. Players challenge opponents in various card parlors on a quest to become the top gamblers and hope their cheatings ways aren’t noticed.

Orwell’s Animal Farm launches on December 10 for PC via Steam and mobile.