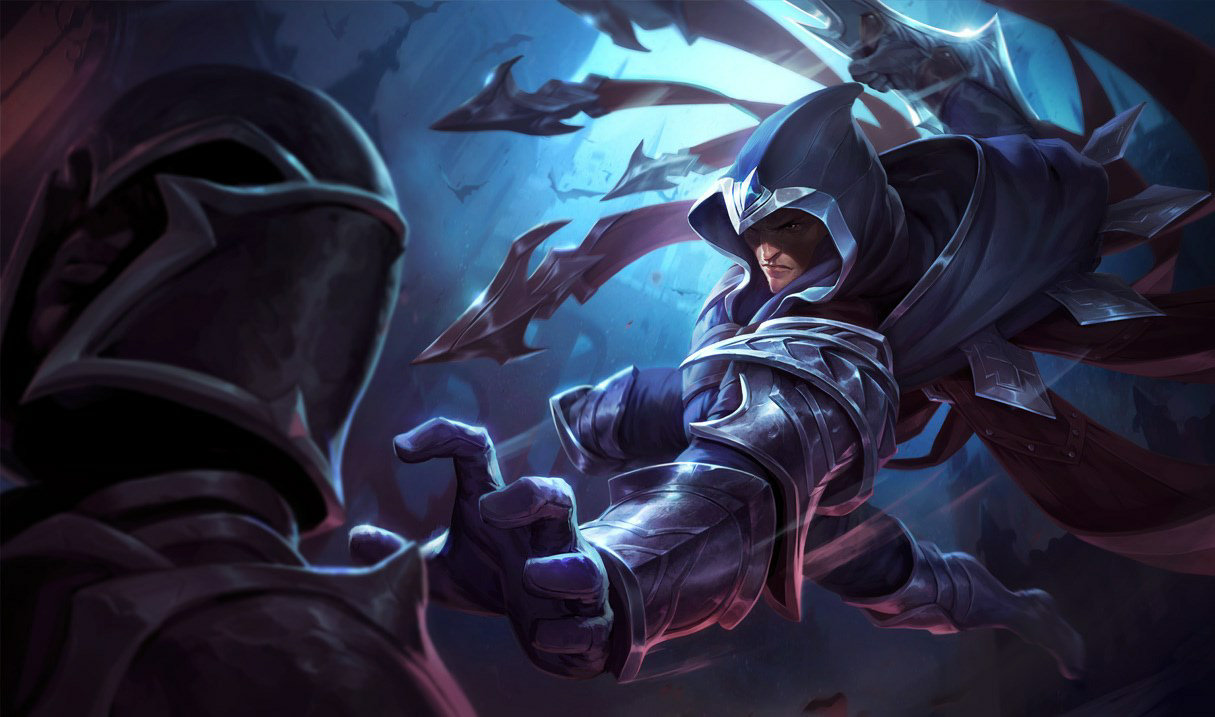 While he might not be the most popular champion, Talon is an extremely powerful mid lane assassin who matches up greatly against many of the other assassins in League of Legends.

Talon’s strength comes from his ability to deal critical damage in a small amount of time and make an escape using his ultimate ability, Shadow Assault. This allows Talon to become invisible for a short amount of time, creating a perimeter of blades that will return to the champion’s new location and damaging enemies in their path.

Talon is much like the other champions in League in that he utilizes a variety of items to complement his situation game to game. But the assassin does have core items that will grant the player the best chance of winning regardless of their situation.

RELATED: Dice Legacy Is A Unique Spin On The Traditional Survival City-Builder, Planned Release For Steam Later This Month

Domination
Electrocute: Talon utilizes a combination of his abilities in quick succession to secure takedowns. Electrocute is a must-have rune for champions like Talon because it will bonus damage should he successfully land three unique abilities on an enemy within three seconds. For Talon this is going to be a common occurrence and taking this rune makes the champion even more dangerous.

Sudden Impact: The perfect pairing with Talon’s ultimate ability, Sudden Impact allows champions to deal extra damage on their following stealth or dash abilities. Not only will this activate after Shadow Assault but it will trigger should Talon use Assassin’s Path to vault a wall to pursue or evade enemies.

Eyeball Collection: This rune will allow Talon to get stronger for every takedown he secures. Securing takedowns will see the champion gain bonus adaptive damage up until the 10th takedown. Upon securing this max mark, Talon will receive another boost of adaptive damage to further increase his power. This is the perfect way for the champion to gain strength as the game progresses.

Sorcery
Nimbus Cloak: Again, mobility is key to setting up kills for Talon and Nimbus Cloak increases this further by granting the champion the ability to pass through units after using a summoner spell. Should Talon ignite an enemy, he will be able to track them down without being disrupted by minions in the lane. On top of this, the rune will also grant him increased movement speed based on the cooldown of the summoner spell he has used.

Scorch: Before his rework, one of Talon’s most notable abilities in his arsenal was his bleed that would deal damage to enemies it hit for a short time after the initial blow. While not in his ability set with the use of the Scorch rune this can be achieved all the same with abilities dealing magic damage for a short time following.

Long Sword
While a Long Sword may only grant 10 attack damage, it will allow Talon to purchase a Tiamat quicker than if he began with a Doran’s Blade for its life-stealing abilities. Depending on the matchup Talon may have a slow early game and for him to be able to piece together a build means that he will be able to set up takedowns faster.

Refillable Potion
A great item to sustain champions who are susceptible to taking damage early in lane, Refillable Potion will grant Talon a total of 250 health over two charges that can be refilled once the champion returns to base. For Talon this means he is able to sit in lane and accrue gold without the need of returning to base as quickly, as well as the fact he will have a constant supply of potions and will not be wasting his gold on health pots in the early game.

Tiamat
While this is not an item you are going to keep at the end of your build Tiamat is essential for wave clear on Talon in the early to middle stages of the game. The splash damage the item provides for Talon’s basic attacks allows him to clear waves at a faster and more efficient pace and also provides him with a tool to deal increased damage. This item should be sold once you have five completed items and are looking to build into a sixth.

Duskblade of Draktharr
Talon’s key stats to acquire are going to be attack damage and cooldown reduction (CDR) so he is able to string together abilities more frequently. Duskblade of Draktharr provides these two things as well as unique passive abilities that complement the champion’s kit. The item boasts 21 bonus lethality, allowing Talon to penetrate enemy armor, as well as a passive ability called Nightstalker that will see Talon deal bonus damage after being unseen for one second.