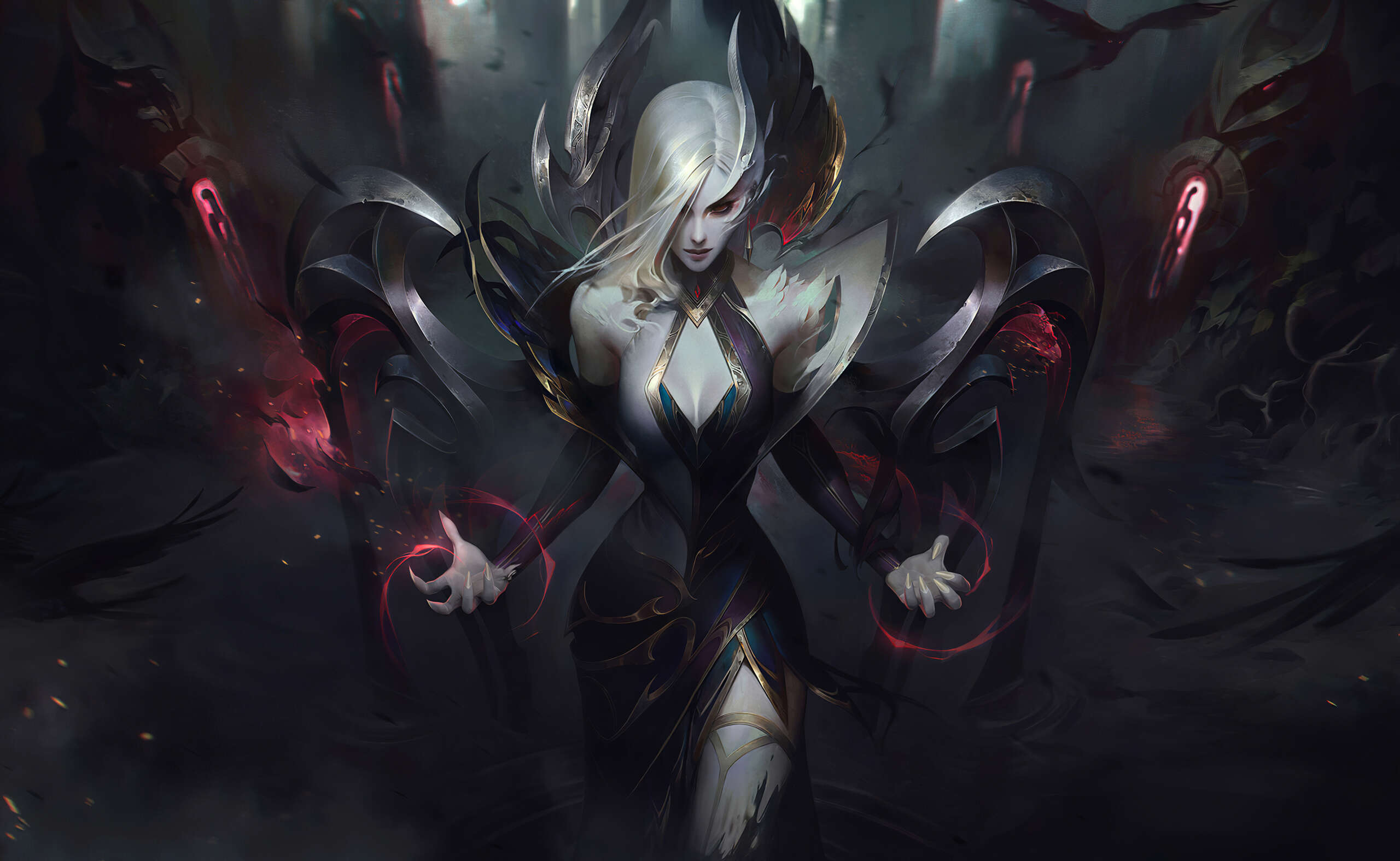 Morgana can be one of the most frustrating supports to play against in a League of Legends solo queue game when in the right hands.

The Fallen punishes immobile champions and is a nuisance to deal with, even if she is behind, due to her Q root. She doesn’t require many items to be effective, making her a good pick in pretty much any situation.

As with all League champions, specific items are going to be more effective depending on the situation. But there are certain items that work well on Morgana in all games. These core items are going to ensure that you have the best possible chances of winning with the support champion.

Arcane Comet: Arcane Comet is the best offensive keystone for Morgana because it is easy to activate and deals a lot of damage early on. You can enable this keystone easily by using W near enemies are located for a lot of damage.

Manaflow Band: This rune will solve all your mana problems if you won’t be purchasing any mana or mana regeneration items. It’s easy to stack, ensuring you get out of the laning phase with an additional 250 mana. All you have to do is to land a W to activate this rune.

Transcendence: Transcendence is an overall great rune to have to spam abilities more often. It also converts cooldown reduction into additional AP, making it a valuable rune overall.

Scorch: Scorch is an early-game rune to enhance your poking potential. While the burn effect is barely noticeable in the mid to late-game, it will allow you to dominate the early laning phase. A well-landed Q and W with Arcane Comet and Scorch will poke enemies down quite heavily.

Perfect Timing: Perfect Timing offers a free stopwatch, which you would need to purchase anyways for your core Zhonya’s item. The rune grants you a 650-gold item for free, but the stasis effect makes it even more valuable.

Cosmic Insight: You want to be as obnoxious as possible with your root, spamming it as often as possible. This rune helps with this by reducing your cooldowns by an additional five percent.

Spellthief’s Edge is an offensive ability power-oriented support item. You will be able to farm early gold with it while also increasing your poke potential. It is upgraded for free as the game goes on and is a great investment for any ability power-oriented champion. Once you get the first upgrade, start using the vision to give your allies more visibility of the map.

During the farming phase, you are most likely going to take damage from enemy champions. Health potions heal back 150 health over 15 seconds and will give you extra time before having to base.

Zhonya’s Hourglass is always a core item on Morgana due to the item’s interaction with the champion’s ultimate. It helps in landing your ultimate on the opponents by preventing you from dying before the root is triggered. As a support, you most likely won’t have much gold to acquire items to boost your health and defensive stats, and this item can solve all those issues with the invulnerability effect.

These boots will reduce your cooldowns by 10 percent. The movement speed granted by this item is quite nice as well—although it isn’t as high as Swiftness or Mobility. It’s more than enough to allow you to roam if you need to, however. You can rush these boots as soon as possible to increase your cooldown reduction and movement speed.