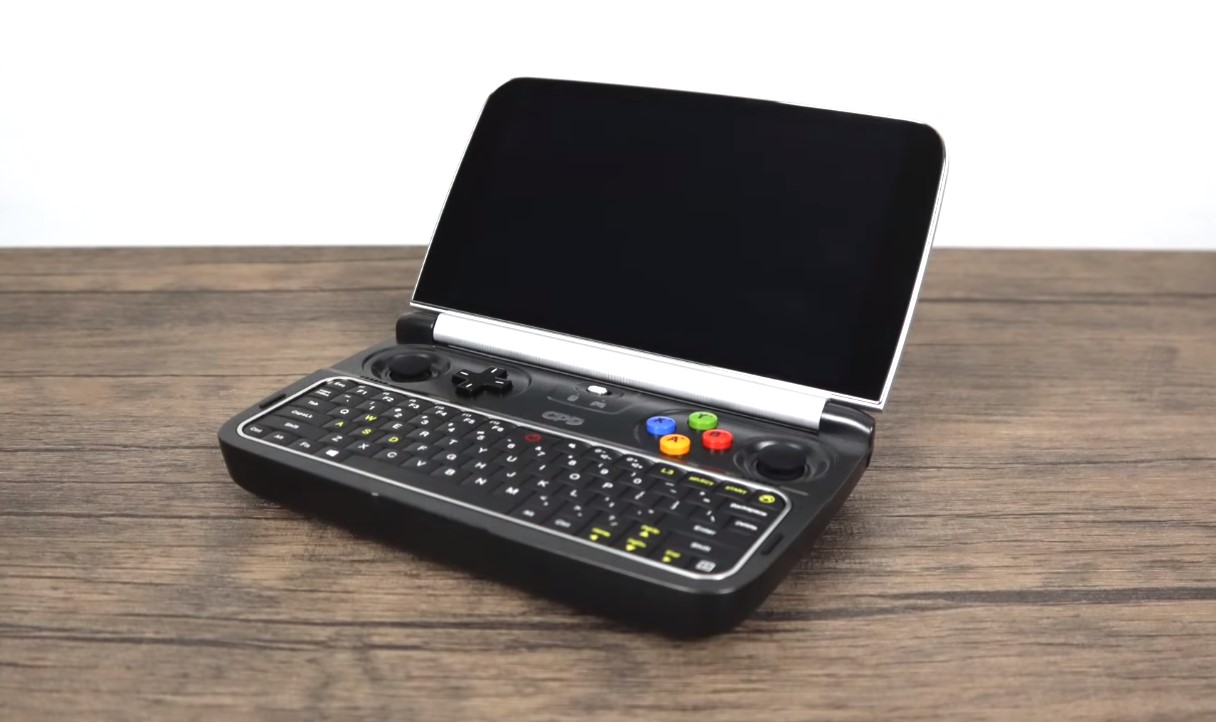 Several months ago, One Netbook, the Chinese mini PC creator that has been producing several nifty minicomputers over the past year and a half, released an advert that seems to show that the company is likely to enter into the handheld gaming PC market. Recently, the company announced its plan to launch this handheld device next year.

One Netbook’s upcoming handheld PC gaming device is called One-GX. It is a 7-inch gaming device integrated with a processor such as Intel Tiger Lake and comes with a detachable game controller. At present, the company has yet to reveal any pictures of this upcoming device, except for one vague promo image that shows a pair of hands clasping onto an invisible controller.

The handheld device’s detachable controllers sound quite similar to that of the Nintendo Switch, which is powered by Windows. One significant difference between these two controllers is that the former is expected to be a wholly developed mini-laptop device that comes with a QWERTY keyboard. Thus, gamers can easily detach the controllers and use them just like a mobile computer. Players also have the option to use the cordless controllers for single or multi-player gameplay. It is similar to that of the Switch.

The ITMedia reported that the device would have one attractive design option, which is the clamshell laptop style. Nevertheless, the design style makes it impossible for gamers to flip the device’s screen around or use them as a tablet. When players connect the controllers, the overall look will become like a mini laptop that has controllers on the sides.

The upcoming handheld controller’s most prominent competitor would probably be the GPD Win line, a Window-based handheld computer device featuring a built-in game controller and keyboard. The original versions of this product line, GPD Win and Win 2, have smaller keyboards and screens, which is quite impossible for touch-typing.

A Japanese site called PC Watch interviewed the president and vice-president of One Notebook. The company’s representatives revealed that the upcoming gaming device would be shipped next year during the summer season.

Further, they divulged the reasons as to why the company opted for Intel’s forthcoming chips, the Tiger Lake. One of the reasons was the performance of the chips. Tiger Lake processors perform much better than the Ice Lake chips with considerably lower levels of power. Another reason was that Ice Lake processors are currently not widely available.

The upcoming device’s other features include a battery of 10,000 mAh and a unique 2.4 GHz band the is used to connect the controllers to the PC.

Dec 13, 2020 Kevin J. Kessler 9960
The console wars have begun anew in 2020, with the PlayStation 5 and Xbox Series X vying for hardware supremacy in an ongoing battle to win the...

Nov 22, 2020 Kevin J. Kessler 13300
Variable Refresh Rate, or VRR, for short, is a key visual feature for Microsoft's Xbox Series X. Sony's PlayStation 5 did not include this unique...