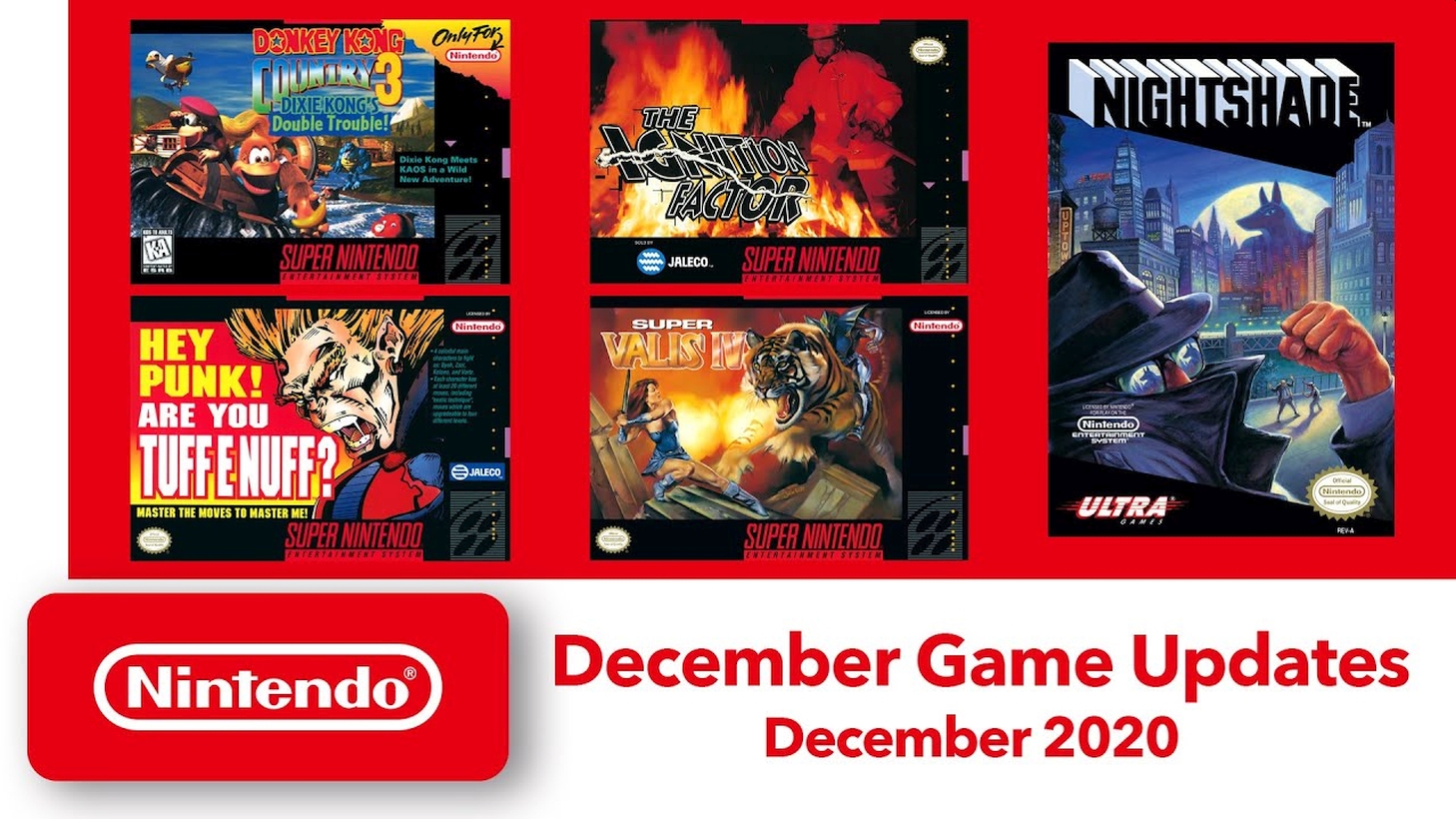 Nintendo has announced the five NES and SNES games joining the Nintendo Switch Online libraries this week. The titles are free to play through either the NES or SNES Online libraries through the Switch, as long as the player has an active Switch subscription.

This Friday, Nintendo will add Donkey Kong Country 3: Dixie Kong’s Double Trouble!, The Ignition Factor, Super Valis 4, Tuff E Nuff, and Nightshade. Nightshade is the only NES title on the list, while the others were released on the SNES.

In Donkey Kong Country 3, Donkey Kong and Diddy Kong are missing. Dixie Kong goes in to investigate but is stuck babysitting. Players can control either Dixie Kong or Kiddy Kong in a solo or multiplayer co=op adventure. The game contains over 40 levels.

The Ignition Factor is a firefighting themed game. Players control a brave firefighter as he rescues people stuck in buildings that are raging with fires. The firefighter has to quickly strategize to save the victims and get them to safety.

Super Valis 4 is part of the Valis franchise but the last game in the series. Players take control of Lena in this action platformer, where the longer a player takes to reach the end, the stronger the boss will become. The game contains seven levels. The franchise is celebrating its 35th anniversary this year.

In Tuff E Nuff, four champions challenge a great tower. Players have to climb up the tower to fight Jade, the self-proclaimed Fighting King. The title also contains instant-replay.

The last title in the list, Nightshade, stars Mark Gray. Gray becomes Nightshade as he fights Sutekh, who has corrupted his home of Metro City. The game contains a combination of point-and-click and action gameplay.

Nintendo Switch Online is a subscription-based service. Players can either purchase a monthly subscription or save a small amount by purchasing a yearly subscription. Through Switch Online, players can join in online multiplayer on games that support it, save games using the cloud, and access the NES and SNES classic library of titles.

The five new titles will join the Switch Online library on December 18. 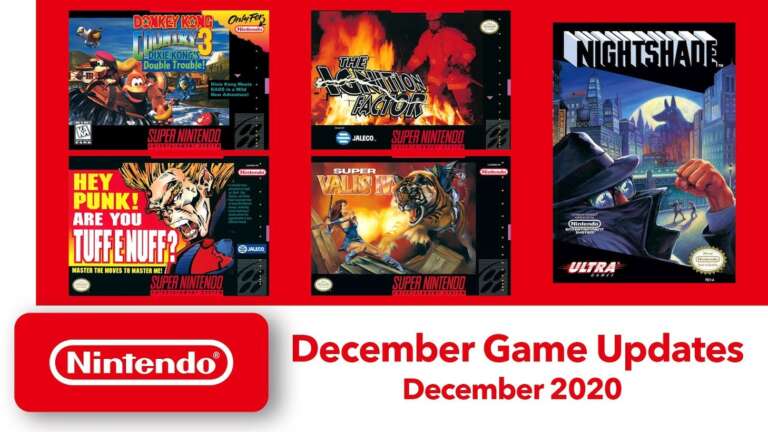 Dec 16, 2020 Lisa Nguyen 8940
Nintendo has announced the five NES and SNES games joining the Nintendo Switch Online libraries this week. The titles are free to play through either...