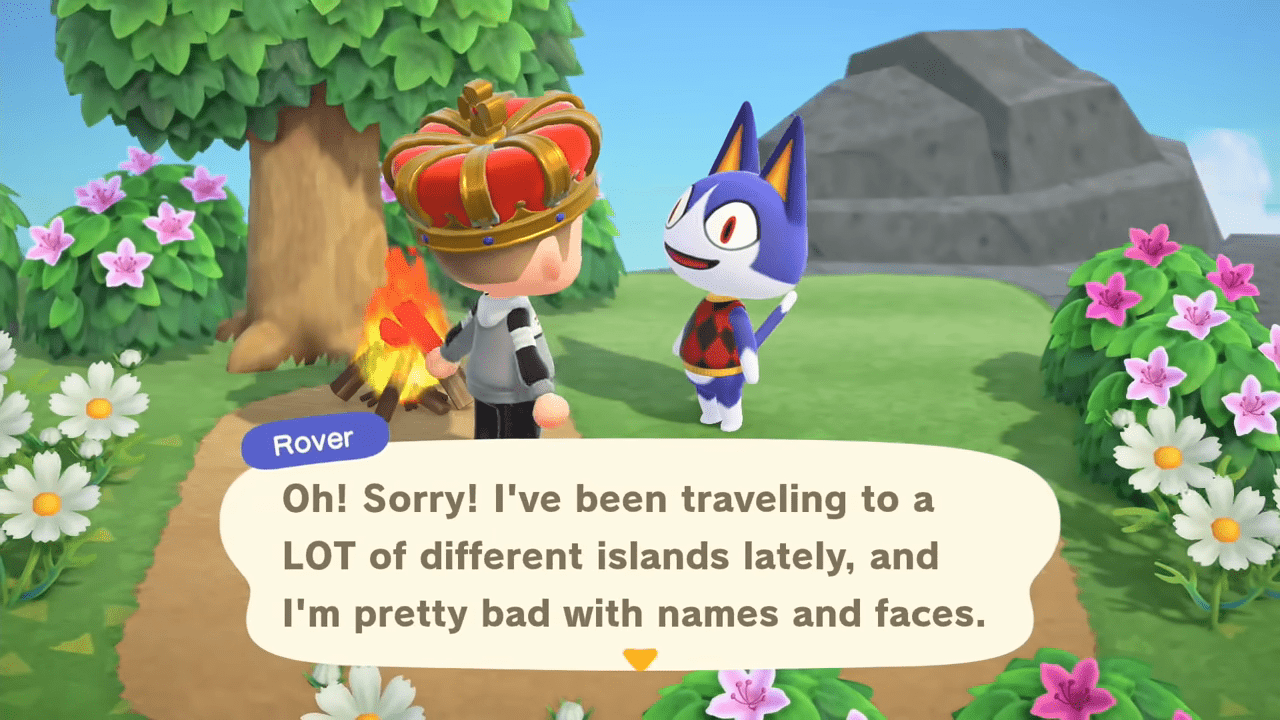 Animal Crossing: New Horizons has been out for almost a month and a half now with the Bunny Day event long gone. Now, Nintendo seeks to combine a long-standing spring tradition with a relatively new holiday celebrating worker solidarity to create their own version of May Day.

Comparative to Bunny Day, the newest event seems to be pretty lax on activities, with the only exception being a Mystery Island Tour Maze, which we’ll go over shortly. The event does contain the usual host of event-themed DIYs and items. The event runs from May 1 through May 6 so be sure to participate while you can!

The main part of the event is, of course, the Maze. When players start their game starting on May 1, Isabelle will mention the start of May Day in her announcements, signaling that they should go speak to Tom Nook at Residential Services. He’ll inform you that along with your island getaway package comes a complimentary May Day ticket, which works exactly like any other Nook Miles Ticket. The catch is that Wilbur and Orville will take you to an island unlike any other in the game.

Happy May Day everyone — don't forget to meet our old pal Rover today! 🥳 We've got everything you need to know about this new event covered in our complete guide. #ACNH

Players familiar with any of Nintendo’s entries into the Legend of Zelda franchise will notice a slight similarity to how the island is to be solved. Players will enter onto an island that is completely leveled, with a hedge maze taking up the island. Only one way exists for entrance into the maze, with both paths to the sides seemingly blocked by unfillable holes. Players will have access to one shovel, which is used to dig up a bush and begin the maze.

The puzzle is relatively simple. You’ll find certain tools and DIYs along the way that will help in solving the maze. Picking up fruit and eating it will allow you to uproot obstacles and proceed to the next part of the maze, and DIYs exist for you to make tools in order to get past even more obstacles. At the end awaiting you is Rover, a cat NPC from previous Animal Crossing titles.

Rover will congratulate you on solving the puzzle and tell you to expect a present in the mail from him. In the mail, on the following day, you’ll receive Rover’s Suitcase. Honestly, it’s a rather lackluster prize, but at least it’s not as bad as the Bunny Day prize. It’s important for players to note that since the event is server-wide, you won’t be able to time travel to access the event once it’s over. Moreover, the island is not randomly-generated, so if you get stuck it’s suggested that you look up a solution so that you don’t waste too much of your time.