Gamers across the globe are experiencing significant changes in their lives due to the COVID-19 outbreak. The video game industry is also seeing major changes. Some companies are taking in-person events online or doing their part to keep gamers at home by giving away free games.

MangaGamer, a company specializing in localizing Japanese visual novels in English, recently announced a unique campaign. The company announced on Twitter that they are hosting The Hinamizawa Virus Bundle for those struggling with the effects of COVID-19. The first chapter of Higurashi When They Cry Hou was released for free following the launch of Chapter 8 on Steam.

The first chapter of the game is free-to-own, whether it was downloaded from the MangaGamer website or Steam until an “effective vaccine” for COVID-19 has been discovered. There’s no time frame for when this may be, so players may be able to download the title into 2021 and beyond.

Higurashi When They Cry Hou launched the first chapter in May 2015. The Steam ratings are all “Overwhelming Positive.”

Starting today, we will be hosting a unique campaign here at MangaGamer, The Hinamizawa Virus Bundle, for those struggling with the ongoing pandemic. The first chapter of #Higurashi will be free-to-own on our website & Steam until an effective vaccine for COVID-19 is discovered. pic.twitter.com/u47yDrET2h

Higurashi When They Cry Hou takes place in the 58th year of Showa in Japan in the small village of Hinamizawa. Every year, there is a mysterious death in June. Someone is killed, and someone else goes missing. All of the deaths are connected to a dam construction project. A mysterious person is reenacting a murder case that was allegedly covered up. It’s up to the player to solve the mystery and ensure the annual event ends for good.

The visual novel was so popular that it spawned an anime adaption called Higurashi no Naku Koro ni kai in 2007. The anime series was released in two arcs, with one focusing on finding the murderer, while the other solves the overall mystery haunting the village.

The first game chapter will be free until an effective COVID-19 vaccine is discovered. MangaGamer also has the remaining chapters 2-4 on sale until July 14 on both their website and Steam. The Question Arc bundle is also on sale, which has chapters 1-4, an updated UI, improved translation, and more details to understand the game better. It is considered the “Ultimate Higurashi Release.”

Visual novels are interactive stories where players must make decisions. Their decisions may make significant impacts to the story, such as romances and friendships, plus multiple endings.

Players can play the title in either Japanese or English. There is no spoken audio in the game.

Higurashi When They Cry Hou Chapter 1 is available now for free for PC through the MangaGamer website or Steam.

HIGURASHI WHEN THEY CRY HOU 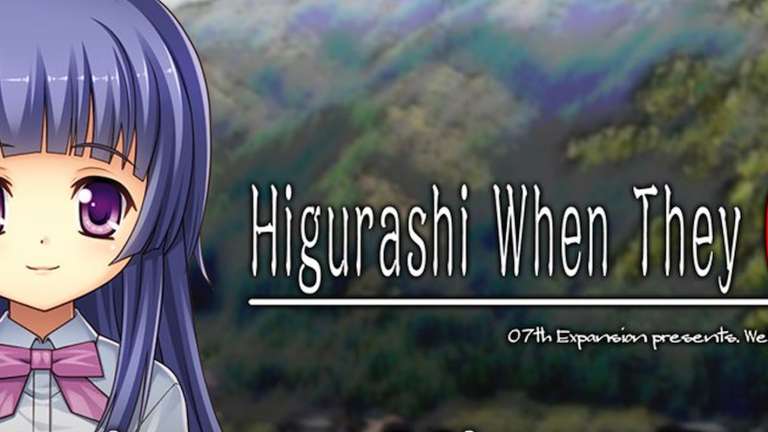 Jul 2, 2020 Lisa Nguyen 24800
Gamers across the globe are experiencing significant changes in their lives due to the COVID-19 outbreak. The video game industry is also seeing...