LCS – FlyQuest Wins Over Cloud9 In Summer Split Playoffs, Qualifies For Worlds As A Franchise First 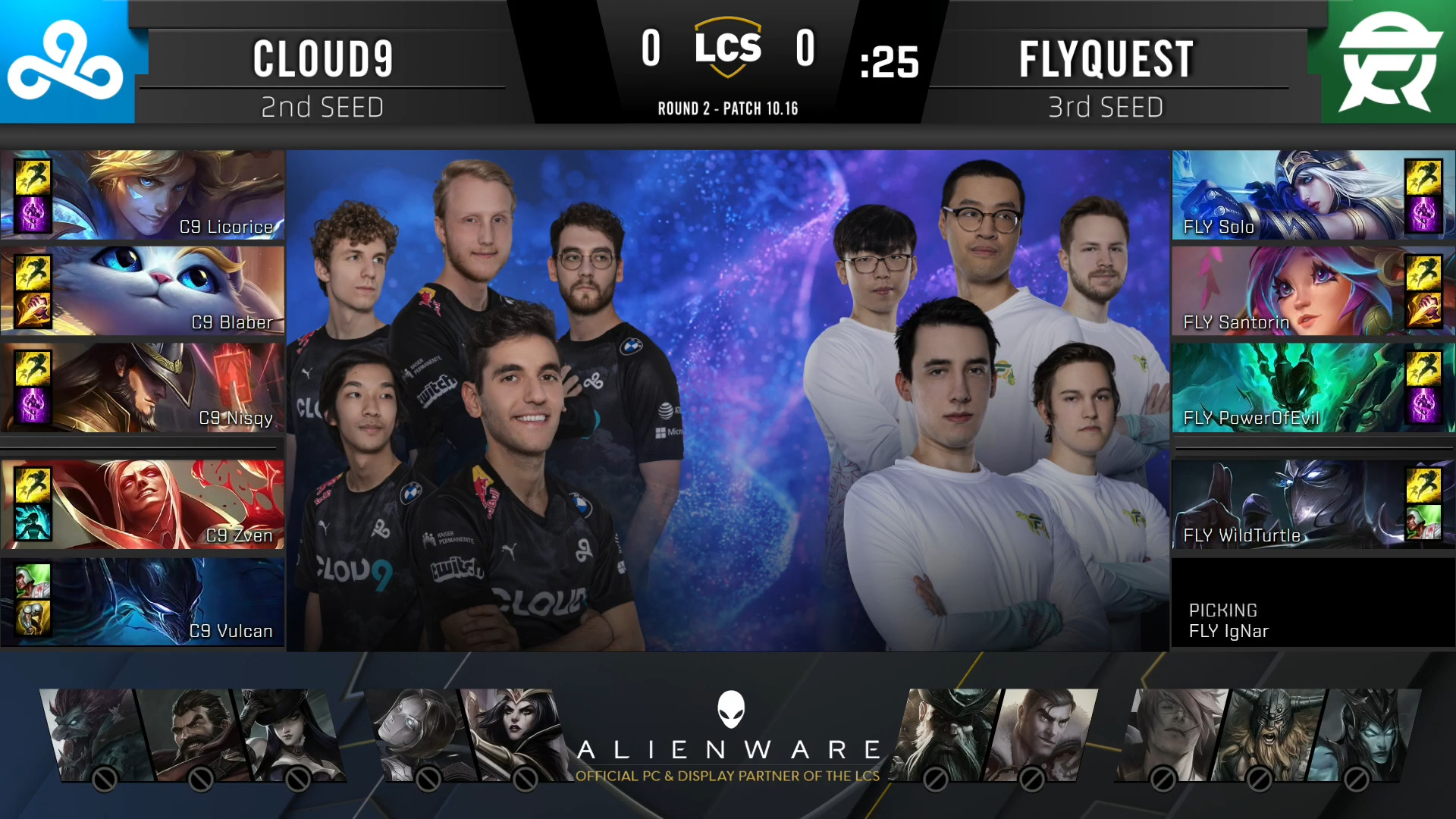 The 2020 League of Legends Championship Series Summer Split playoffs starts on August 20 with a game between the favored Cloud9 and FlyQuest. With the stars lined-up for the latter team, FlyQuest defeats the seasoned C9 in a 3-1 fashion. The playoffs victory is an enormous achievement for the eSports team.

Not only does the team now has a chance for the Summer Split ’20 crown as they comfortably sit in the winner’s bracket, but they also obtained their spot in the World Championship. This accomplishment is a first in the franchise’s history.

Praise be to the #SeaQuest Fish Gods! 🙏

Right off the bat of the first game, FlyQuest showed dominance over Cloud9 and contained the opponent’s jungle, Blaber. As

In a commanding game one, FlyQuest set the pace of the entire match by showing C9 that they’d be relentless against their jungler, Blaber. While C9 was able to strike back and bring a bit of tempo back to their side with a win in game two, FlyQuest continued to pressure Zven and Blaber to snatch the next two games. As the PowerOfEvil-led team continues to set the tone of the game, Cloud9 fought back as not to get bullied. Zven and Licorice’s squad took game two of the series, but, as fate would have it, the underdog team captures the next two games.

The victors have shown C9’s weakness as they took over several objectives like the Dragon Soul, Elder Dragon, and Baran in a couple of games. Tristan “PowerOfEvil” Schrage, FlyQuest’s mid lane and MVP contender, had an impactful playstyle throughout the series. With hero picks like Malzahar and Azir, the European pro player authoritatively struts around the map and control the enemies.

FlyQuest players are static after their win as they’ve taken their excitement over at Twitter. One of the team’s coach, David “DLimLoL” Lim exclaims on this tweet, “HAPPIEST MOMENT IN MY WHOLE CAREER OMG WORLDS.” The organization’s CEO, megumixbear, also showed her excitement and emotions with their playoffs victory. In a video posted on the social network site, she said, “I am so proud of our players and everyone at
@FlyQuest. I am going to burst with gratitude and love. And yes, I cried SO HARD after we won!!”

As for Cloud9, they dropped to the loser’s bracket, which means they are not out of the competition just yet. The team can pounce their way back to the finals and, possibly, the Worlds. It can be remembered that this is the first colossal tournament C9 joined since Sneaky’s departure. From the analysts’ perspective, this performance is not entirely terrible, considering they just lost the squad’s key player.

Jan 7, 2021 Chris Miller 3350
Chaos EC crumbled because of the traditional reasons (whatever those may be) after managed to climb up the ranks with a ferocity that hasn't been...

Dec 11, 2020 Chris Miller 20660
Counter-Strike has been readily referred to as the bastion of esports. Simply put, if you were good enough to compete against the top players (and...

Nov 6, 2020 Chris Miller 3780
It has been months since Henry Greer hung up his microphone as an analyst and caster of Counter-Strike to become the general manager of...