There are a lot of real-time strategy games available to play currently, but one of the more promising is Iron Harvest. It’s being developed by King Art Games and features an intriguing post-WW1 setting where large mechs are used on the front lines.

This RTS is currently scheduled to release September 1, but according to the publisher Deep Silver, Iron Harvest‘s open beta is taking place next week. Thus interested fans will finally be able to check out the alternative reality of 1920 during these chaotic times of war.

The mechs definitely give Iron Harvest a distinct appeal right out of the gate. They’re not traditional mechs either. The developer used a lot of steampunk elements when creating them, which is something you don’t often see.

Like with a lot of other RTS games, players will have all sorts of unit types to control in battle. Some are geared around stealth and others are equipped with some heavy-duty firepower. There are no limits to how players can approach these intense battlegrounds.

In addition to the various units, there are nine different heroes to play as — all with unique abilities. That just gives players even more options as far as how they want to save Europe from the secret forces now hoping to take full control of the world.

Along with a single-player campaign, there is also co-0p. Players can team up with a friend and put their minds together to figure out a way to claim victory. There is also an online portion that is perfect for players looking to test their combat strategies with other users in real time.

As far as gameplay, players will be spending a lot of their time looking for new resource points to build their bases. It is here where they can build their machine armies and keep the research going. The battlegrounds are constantly changing all of the time so you’ll have to adapt your strategy based on the results of every battle.

To celebrate Iron Harvest’s open beta, a new trailer was just put out that showcases the three factions that will be available. Each one looks distinct and with a pretty good backstory that you like to see from a story standpoint.

September 1 is still a couple of months out, but next week will be your chance to see what potential Iron Harvest has. It’s certainly one of the more unique RTS games to come out in some time and it seems like the developer is committed to listening to the community as far as making adjustments.

Ever Wanted To Zipline In Minecraft, Redditor ShrimpySeagull Created A Contraption To Do Just That! 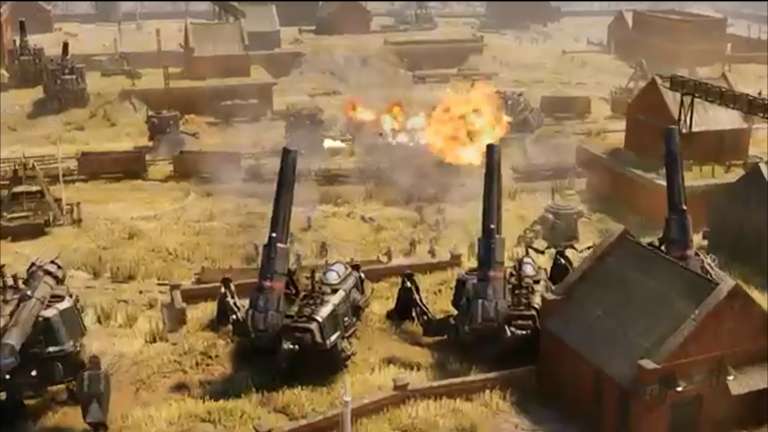 Sep 2, 2020 Jeremy Green 9300
Have you ever wanted to experience an alternative 1920s, where you had the chance to control epic battles using large, steampunk mechs? Well now you...

Jul 26, 2020 Jeremy Green 5510
There are a lot of real-time strategy games available to play currently, but one of the more promising is Iron Harvest. It's being developed by King...