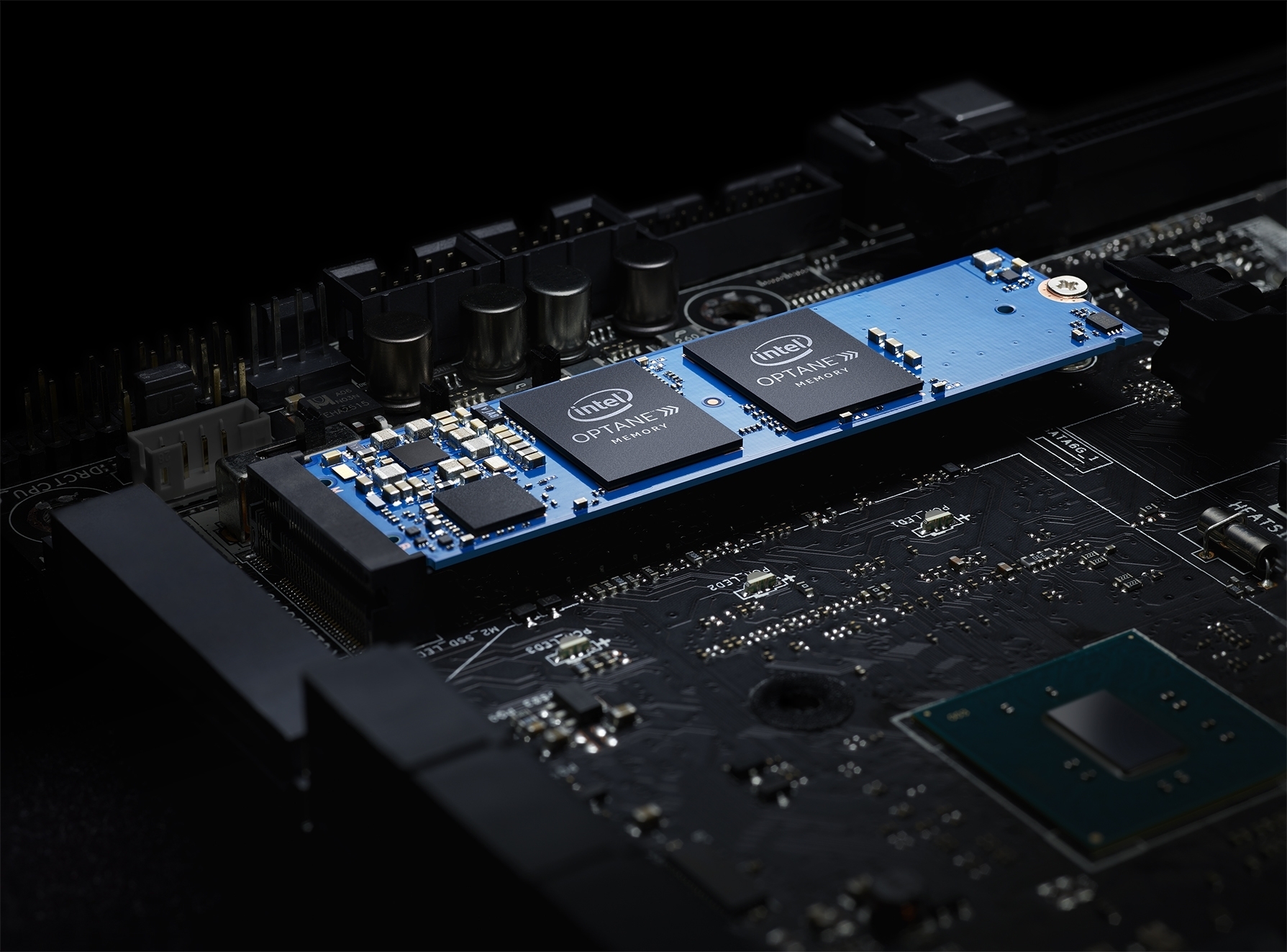 Intel is looking for fresh ways of making its Optane memory or 3D XPoint memory better. The company’s newest product is an SSD, and it is a combination of Optane tech with QLC or quad-level cell flash memory chips. These are installed within a single M.2 drive.

Intel’s SSD with Optane memory H10 is a unique combination of Intel’s QLC 3D NAND and Optane technology. It represents the undisciplined approach to storage and memory, and it frees the optimal power of Intel’s connected platform, and it’s not been provided before.

Rob Crooke from Intel mentioned they’re using the Optane tech in light and thin laptops and similar space-constrained computer systems like the mini-PCs and all-in-one desktops. There’s a downside though because Intel doesn’t have a plan to sell these products as standalone drivers as of now. They’re for OEMs only, but consumers could get their hands on them in the future.

The restriction is limiting especially because Intel has extolled the advantages of its fresh drives in comparison to the huge TLC NAND flash solid state drives that are all around the marketplace.

The Optane H10 is offering better performance, which doesn’t meet the standard of TLC 3D NAND solid-state drives nowadays. Intel says it eliminates the importance of having a 2nd storage device.

There are significant performance claims. Intel said its primary Core-U systems with the Optane H10 drive has the ability to start games 60% quicker while doing multitasking work, and it’s an astonishing figure.

However, Intel isn’t clear about the comparisons it is trying to achieve, but Intel might be trying to addressed HDDs. Intel said the quickest drives are the solid-state drives that have Optane memory even if compared to NAND solid state drives.

The most recent drives are usually Intel 660p solid-state drives that have Optane memory. They utilize an X4 PCIe connection. However, it’s X2 for 660p and x2 for Optane memory. There’s a need to utilize the RST that has Optane memory to enable the cache. Unfortunately, there’s no built-in support for the hardware.

Those who want to get the finest NVMe SSD should have a compatible motherboard. There’s also a need for an M.2 port. There’s not much issue because almost all SATA drives do fit on most gaming computers.

Nov 5, 2020 Kenny Kimberly 5300
The last couple months have shown quite a few massive launches in the tech sphere of the world. PC enthusiasts have had quite a treat with everything...

Oct 21, 2020 Chris Miller 8330
The NVIDIA Ampere series came out and was gone within a second on many retail sites, with purchasers boasting about how many cards they were able to...

Apr 1, 2020 Emmanuel Giovanni 12190
Yesterday, Maingear announced the relaunch of their brain-child 'Rush Series,' a robust line of gaming desktops that is ROG Certified. This is good...