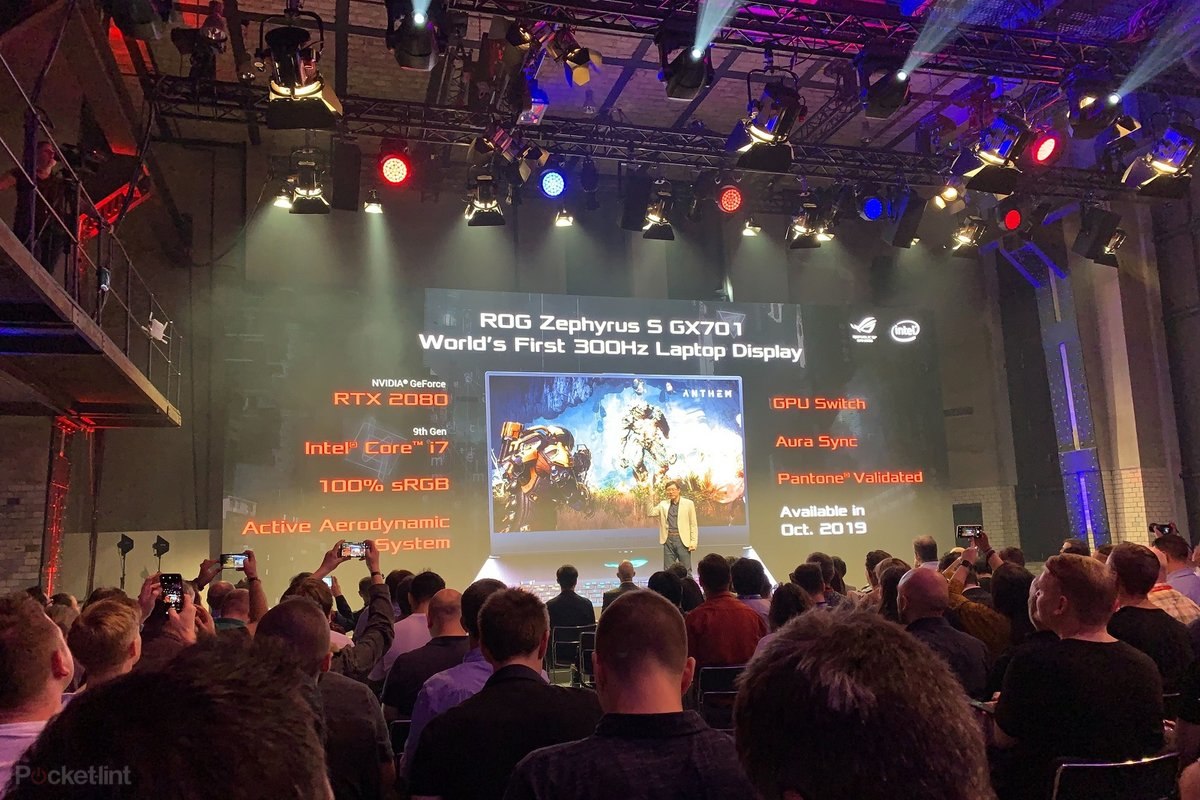 While most gaming laptop brands are struggling to fit 120Hz, 144Hz, and 240Hz displays in their monitors, ASUS is taking the competition to the next level with a 300Hz gaming laptop.

Unleashed at IFA 2019 in Berlin Germany, the new ASUS ROG Zephyrus S GX701 is an upgrade of the existing model which has a 144Hz refresh rate. It also tucks in a powerful GPU and processor for eSports level competition.

“Raising the refresh rate to 300Hz represents a 25 percent increase over the current standard for high-level esports tournaments,” Asus announced. “At that speed, the screen can draw 5X more frames than the 60Hz panels found on conventional laptops. Paired with a GPU that produces enough frames per second to keep up, the faster display makes gameplay silkier than ever before.”

While the Taiwanese manufacturer claims the new Zephyrus S GX701 is the world’s first 300Hz laptop, it isn’t. Already Acer had unleashed a 300Hz monitor still at IFA 2019 – the Predator Triton 500. But Asus has the upper hand as it’s known for the best gaming merchandise compared to the American brand.

Besides the 300Hz display and 3.3ms response time, the new ROG Zephyrus is G-Sync compatible, ensuring objects on the screen appear instantly and look sharper for an unprecedented visual experience.

It also features the revolutionary Nvidia Optimus, a technology that intelligently balances GPU power and productivity. Asus claims that the new 17-inch laptop can hit an impressive 300fps when playing the most demanding titles.

For such a high-performance display, you need the best GPU and CPU power for the best gaming experience.

The 300Hz Zephyrus S will be packed with a 9th Gen Intel Core i7-9750H CPU with clock speeds of up to 4.5Hz for snappier performance even when taking on the demanding games. As for RAM, it supports up to 32GB DDR4 while the storage is an M.2 NVMe SSD, up to 2TB.

To match the world-class display, Asus paired the 9th Gen CPU with the Nvidia GeForce RTX 2080 GPU. Boasting NVIDIA Turing™ GPU architecture, and clocked at 230MHz in a 100W Turbo Mode, this is the world’s ultimate gaming graphics card. It can effortlessly take on the power-hungry AAA titles like CS: GO, Dota, and Far Cry just to mention a few.

The price of the ASUS ROG Zephyrus S GX701 has not yet been revealed. But considering the current 144Hz model costs around $3300, the upcoming 300Hz variant will set you back a few more bucks. Regarding the release date, it will hit the Asus stores and other retailers in late October.

And it’s not only the 300Hz ROG Zephyrus S GX701 that Asus has at the exhibition in Berlin. The company also has the 15-inch Zephyrus S GX502 and the Strix SCAR III – both in 15-inch and 17-inch variants.