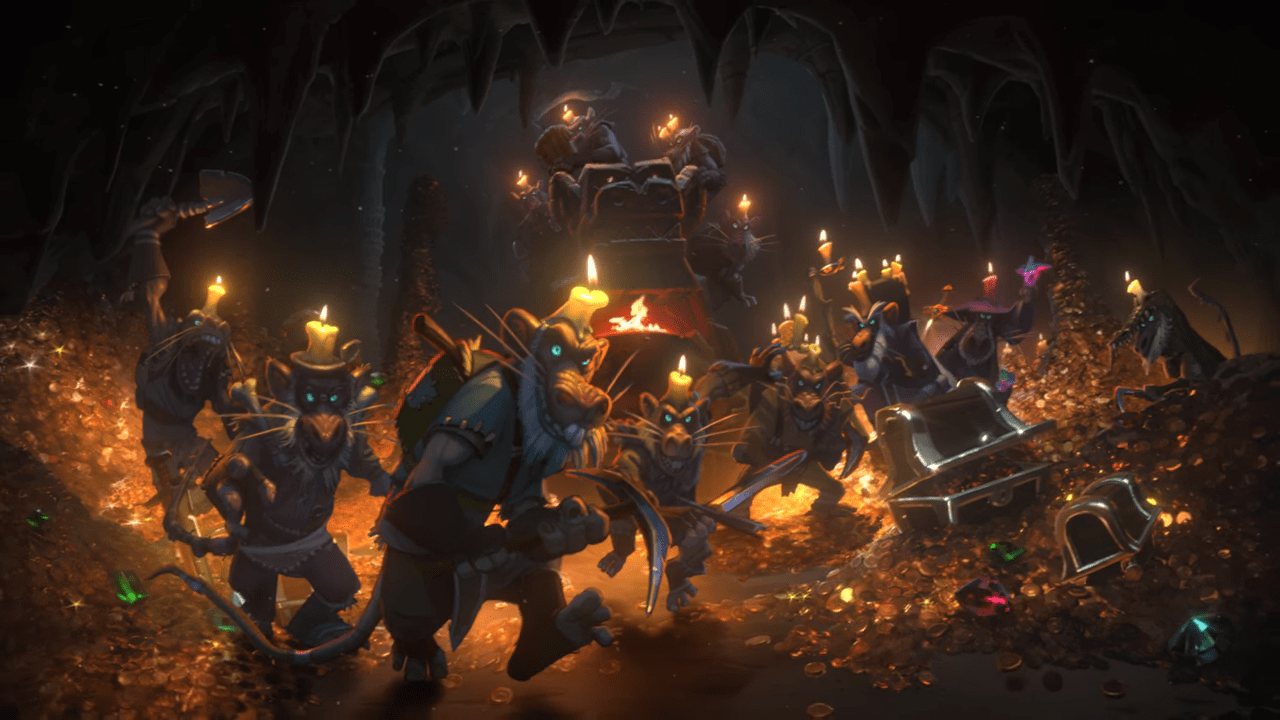 To keep the meta fresh every year, Hearthstone’s format in the standard ladder rotates three expansions from the sets two years ago. These cards are still playable in Wild mode only. From time to time, Blizzard lets us play these older cards, be it in an event or a tavern brawl. To celebrate the game’s 6th anniversary, it released a Wild bundle for $14.99 to get 24 packs from yesteryears’ card sets. To hype players up, the California-based company blogged about some of its developers’ favorite cards from the Wild format.

The TCG’s Lead Card Designer, Dean Ayala, picks the Legendary mage weapon, Aluneth. The Kobolds and Catacombs card was a must-have for any aggro mage deck to draw faster on your burn cards. Ayala comments, “It requires a critical mass of synergy cards.” He adds that unlike in Standard, Wild has way more cards to choose from; hence the synergy just skyrockets for the weapon’s potential. Don’t worry, though; players can still fatigue to death.

How is everyone liking the dragons update so far? We’re working on some balance changes for battlegrounds and tentatively plan to release during the week of the 16th-20th. Will update again as we get closer to finalizing the patch. pic.twitter.com/ucmV1sCklz

Melissa Corning, Hearthstone’s Game Producer, reveals her favorite is the Hall of Famed Sylvannas Windrunner. The former Horde Warchief has a deathrattle that takes control of a random enemy minion, very fitting for the Banshee Queen. Another Hall of Fame inductee Legendary minion, Ragnaros the Firelord, was picked by Alec Dawson. The Game Designer did not have to think twice about choosing the elemental lord of Azeroth. The massive 8-mana 8/8 minion can’t attack but deals eight damage to a random enemy instead.

For the sake of the meme, Jeremy Cranford, a Senior Art Outsource Manager of Hearthstone, picks the Snowflipper Penguin in the sea of amazing cards. He discusses his choice, “Super cute [1/1] penguin for zero [Cost]? How could you say no?” Another pick he had in mind is the Annoy-o-Tron, a measly 1.2 Taunt minion with Divine Shield that costs 2-mana.

The Knights of the Frozen Throne expansion introduced us with the alternate universe of the Lich King’s death knights. Among these are Deathstalker Rexxar and Shadowreaper Anduin, Gloria Zhang, and Ryan Masterson’s picks, respectively. The hunter card replaces your hero power with Build-A-Beast, which is extremely powerful in sustained match-ups. Zhang, the Senior Game Producer, remarks that every time she presses that hero power, “feels like I’m creating a miracle.” The Anduin death knight version has led the players to one of the most potent OTK decks to date. Wits its upgraded hero power, Deal 2 Damage After you play a card, refresh this, opposing players should hurry to finish you off once you activate him.

Riot's FPS Valorant Will Boasts 128 Tick Servers and 35ms Ping For Most Players, Coming to PC Only