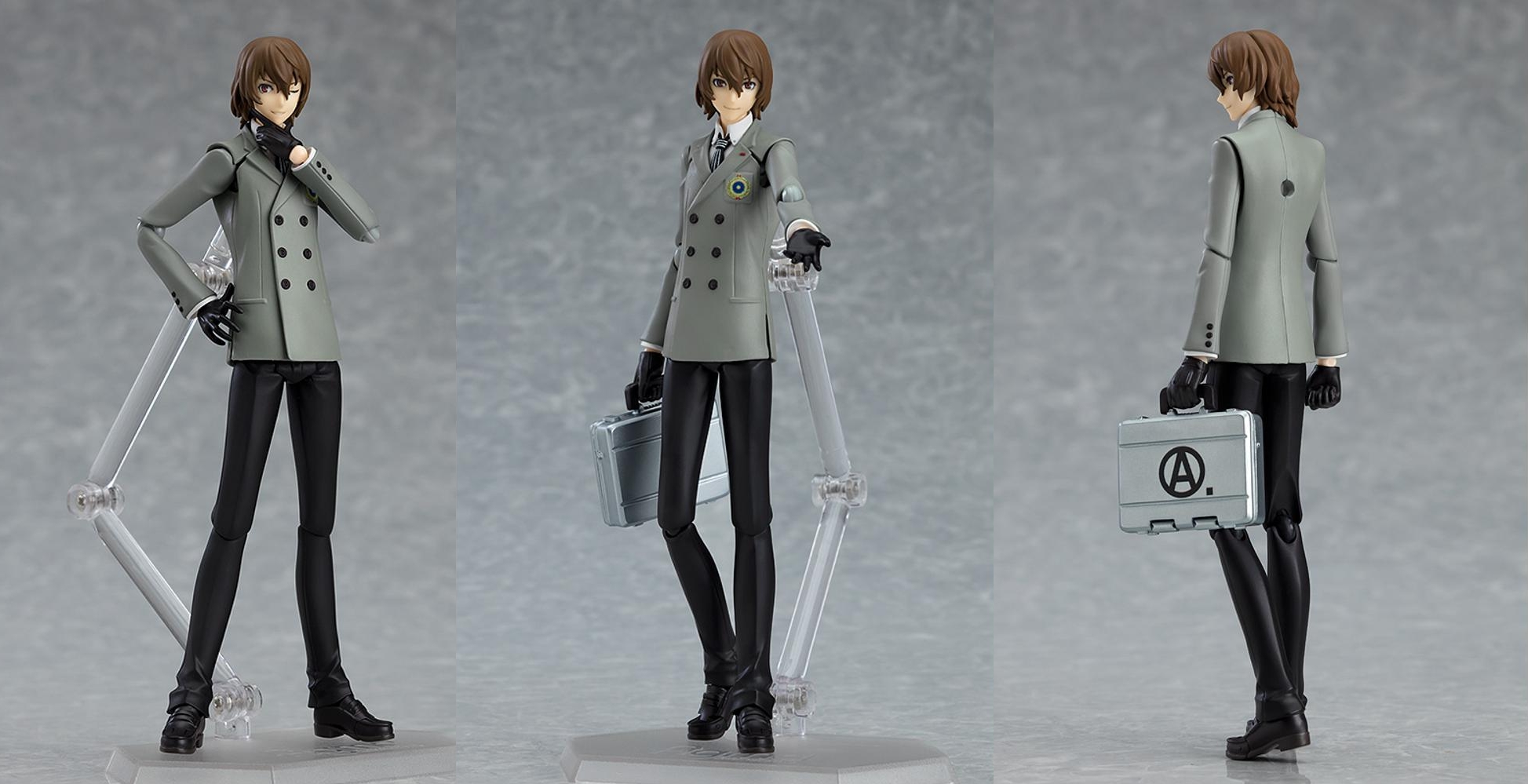 Good Smile Company has made the Figma of Goro Akechi from Persona 5 available for preorder. The figure is the latest in a line of Persona 5 figures that the company has announced.

Unlike Nendoroids, Figmas are posable scale figures meant to replicate the video game character in real life. The figure’s posability makes it easy to recreate scenes from the game. Goro will come packaged with several interchangeable accessories that were previously seen in the game.

However, the Figma of Goro only represents his appearance as a high school detective. The only outfit he has is his default gray suit jacket and black slacks. Good Smile Company previously released a Figma of Goro’s other outfit of Crow, which is still available for sale through GSC’s official website or other retailers.

Goro is packaged with the base figure, along with multiple accessories. The figure comes with four face plates that include a thinking expression, angry face, determined look, and an anguished emotion.

Max Factory's figma of Goro Akechi from "Persona5 Royal" is currently available for preorder! Be sure to preorder him for your collection soon!

The Figma comes with two accessories: a red smartphone and his attaché case. It’s unknown if the case opens since the product photos only show the case closed.

As with all Figmas, the character comes with a clear base and a clear arm so fans can recreate some of the scenes from the game and anime in real life. The stand is inserted onto the figure’s back since it may have trouble standing on its own.

Goro Akechi made his debut in Persona 5 and was a playable character. He is a mysterious man investigating the mysterious Phantom Thieves of Hearts case.

Akechi would later go on to appear in the manga, animated adaptation, and live-action stage play. Goro was also included as a DLC playable character in Persona 3: Dancing in Moonlight and Persona 5: Dancing in Starlight.

The preorder for Figma Goro began in mid-September. Fans of the character can preorder him now from the official Good Smile Company website or through authorized retailers.

Figma Goro Akechi is expected to ship in May 2021. Preorders end on November 11.

Jan 11, 2021 Lisa Nguyen 4140
Atlus has announced the release of multiple game soundtracks on Spotify. Now players have the option of listening to their favorite songs through the...

Dec 4, 2020 Chris Miller 4170
It admittedly isn't the news that we wanted to hear regarding Persona 5 and the PC and other consoles, but it's a start that we'll simply need to...