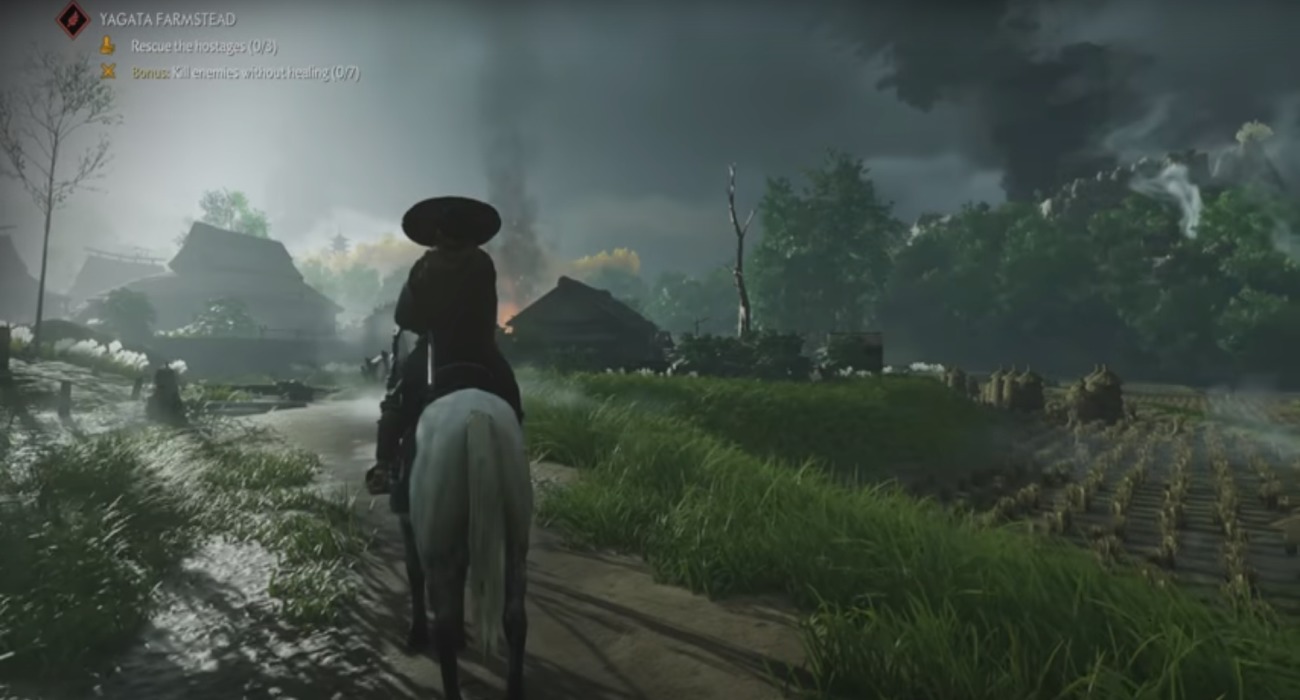 There has been a lot of hype behind Sucker Punch Production’s Ghost of Tsushima. This Japanese samurai action game is showcasing the way of the samurai like never before. Early visuals have looked absolutely breathtaking, but finally, there is some in-depth gameplay to break down.

It was just featured during Sony’s recent State of Play event. Considering E3 isn’t happening this year because of the coronavirus, many believed gameplay was just around the corner and they were absolutely right. Ghost of Tsushima is still a couple of month’s away, but does the recent gameplay footage do the game justice?

It sure does. It’s going to sound repetitive, but this game’s visuals are amazingly detailed. It’s clear the developer has spent countless hours putting this game together and creating a very atmospheric experience.

The early footage of a samurai warrior standing in fields of grass is stunning. The way the wind moves each blade of grass and the warrior’s garments just shows what this game is capable of visually.

The island of Tsushima is this game’s main backdrop and is where you’ll be doing much of your exploring. It seems very open according to when the user accesses the map to look at surrounding areas.

The way you travel is also pretty unique. Rather than having standard markers that guide your journeys, you’ll be able to summon a ghost (gust of wind) for travel. It’s a pretty unique concept that gives Ghost of Tsushima added uniqueness that you don’t often find in similar RPGs.

Another aspect of the trailer that’s worth mentioning is riding on horseback. It seems like an efficient way to travel, but also very peaceful. Seeing the warrior glide across fields of flowers on a white steed almost seems like a dream.

We then get into some of the combat. It seems like a system predicated on timing and precision. Rather than just hacking your way through the game, you’ll have to time your attacks just right and counter. A well-placed attack can result in a gnarly cinematic slice that never ceases to get dull. The slow-mo camera also adds to the addicting nature of combat.

You truly feel like an unstoppable samurai warrior. You’ll definitely need this feeling when battling the Mongols, who’ve reached these once peaceful lands and have started laying waste to everything good and holy.

Ghost of Tsushima certainly looks like a must-play experience and it’s not even out yet.

Valve Has Officially Opened The Steam Workshop For Their VR Title Half-Life: Alyx

Jan 5, 2021 Lisa Nguyen 29720
Sucker Punch Productions released Ghost of Tsushima this past Summer for the PlayStation 4. The title intrigued players from across the globe. The...