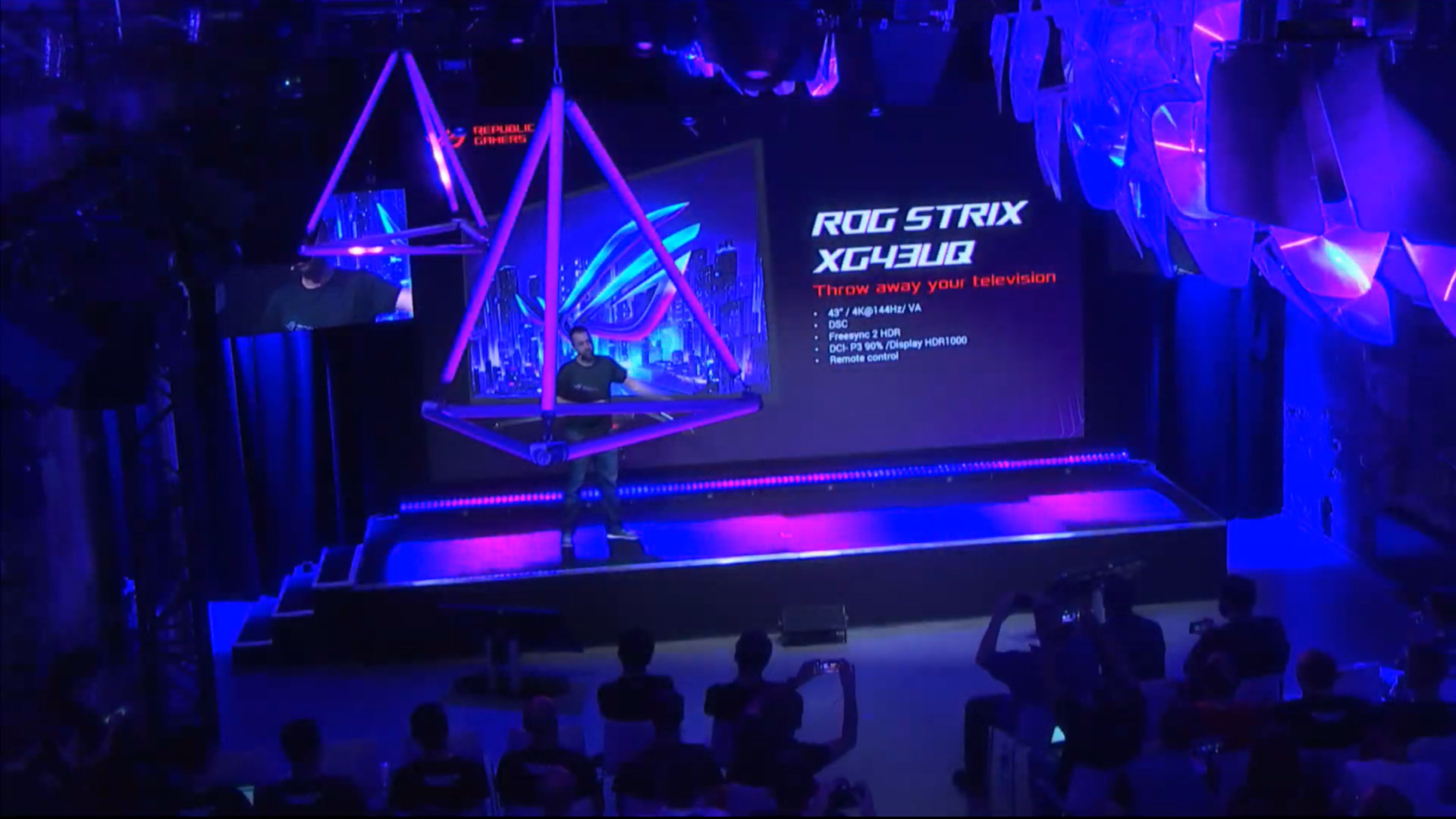 Asus has always remained dominant at gaming trade fairs. At this year’s Gamescom 2019 event in Cologne Germany, the Taiwanese tech company is on the headlines with several new hardware ranging from motherboards and internal components to peripherals. Among the most notable exhibitions is a pair of DSC gaming monitors; Asus ROG XG43UQ and ROG Strix XG27UQ.

When it comes to innovation, Asus leads the pack so it would be interesting to find out what the Taiwanese company has in store for us. Among the highlights is the new Display Stream Compression (DSC) technology, and DisplayHDR™ 1000 compliance just to mention a few.

“The players and the media are our source of inspiration for the development of solutions branded ROG, allow us to constantly surpass the limits of each individual function so as to improve every single aspect of the gaming experience,” said Jackie Hsu, Asus Corporate Vice President.

As mentioned earlier, the two gaming monitors, Asus ROG XG43UQ and ROG Strix XG27UQ, are the first to have Display Stream Compression. This fairly new video codec allows for 4K streaming at 144Hz via a single DisplayPort 1.4, and without chroma sub-sampling, while still maintaining every aspect of picture quality. This is a great fete as at the moment, DisplayPort 1.4 supports 4K streaming at a maximum of 120Hz.

The ROG Strix XG27UQ is based on a 27-inch IPS panel with quantum-dot technology joining the likes of Samsung LC34F791WQ and HP Pavilion 27. It guarantees smooth 4K UHD gameplay at 144Hz as long as your rig boasts the required GPU power. Other confirmed features of the ROG Strix XG27UQ are 90% DCI-P3 color gamut and DisplayHDR 400 compliance.

Just like its 27-inch counterpart, the Asus ROG XG43UQ boasts Adaptive-sync offering variable refresh rate for both AMD and NVIDIA systems but works best with AMD Radeon FreeSync 2. It is based on a 43-inch non-glare HDR display with a native 4K (3840 x 2160) resolution at 144Hz. Other features confirmed for the ROG XG43UQ include 90% DCI-P3 professional color gamut, and VESA DisplayHDR 1000 certification.

Unfortunately, you will have to wait for a little longer before the Asus ROG Strix XG43UQ, and ROG Strix XG27UQ hit the market. Asus has confirmed no official release date. Also, the Taiwanese company has remained silent about the price of the two new DSC gaming monitors. One thing you can be sure of, the two won’t be easy on your wallet. But for a competitive gamer, nothing should stop you from the thrill of 4K gaming at 144Hz.

Mar 29, 2020 Emmanuel Giovanni 23870
Since AMD Ryzen 4000 series mobility processors launched on the 16th March, it has since been exhibited at various retailers but in limited...