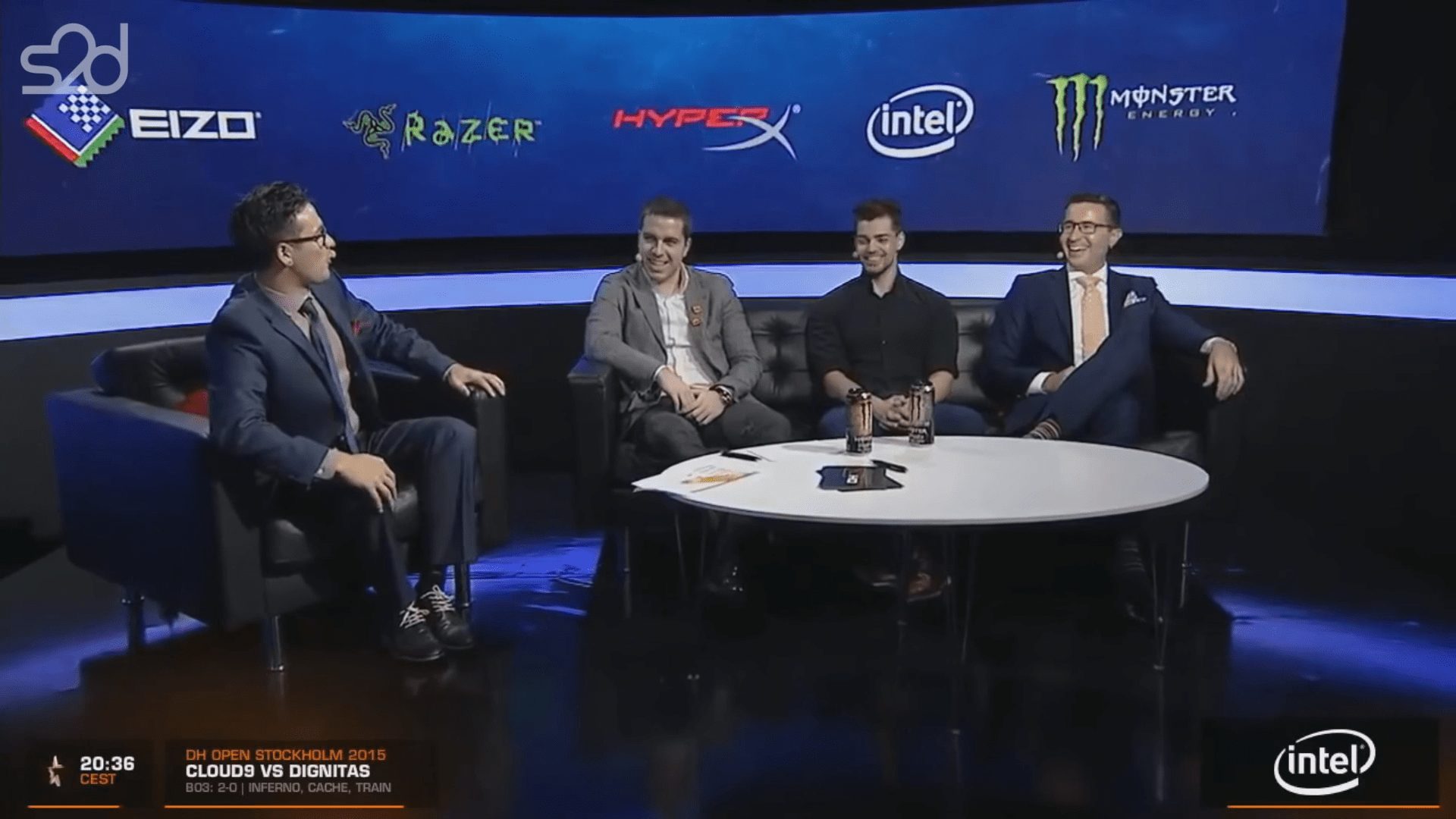 It can get spicy on Twitter, where people can safely berate others from the comfort of whatever device they have on hand.  ESPN conducted an interview with the Overwatch League vice president Jon Spector.  The sound bite was pleasant enough: ‘From what our talent lineup looks like this year, we couldn’t be happier’.

Many were instantly attracted to the ESPN Esports tweet, with the controversial Duncan ‘Thorin’ Shields pausing his hosting of the BLAST Premier Group B for a quick comment calling out Jon Spector for ‘lying for money’.  Not to be outdone, a co-host of BLAST that some may know as Auguste ‘Semmler’ Massonnat also called out the tweet while implicating the Overwatch League with some relatively serious infractions in terms of how they’re treating their talent.

"People who live and breath this game" = "people who specialized in our game that we can lowball thanks to our monopolistic hold on the scene and/or their dependence on us for visas" https://t.co/I6ufwNcMD2

There’s a consistent shroud of mystery surrounding vast quantities of the Overwatch League, where NDAs seem to be handed out like candy on Halloween, and former members of the League sending barbs in the general direction of both the League and Blizzard is nothing new.  Yet this vague barb-sending does very little for the League, and if Semmler is correct, it does equally little for players and staff that may be suffering under the direction of Blizzard.

It’s not even that it’s unbelievable, you’d have to search pretty hard in the modern day to find a consumer that would vouch for Blizzard’s consistent gaffes.  Without anything to back it up, however, there’s very little that can be done in regards to pressuring Blizzard to make things right.

Less than a year ago, there was a muffled outcry in regards to a mysterious talent agency that isn’t supporting their Overwatch League players, and they have a near-monopoly on players within the Overwatch League.  Assistant Dallas Fuel coach Justin Conroy crafted a rambling post where he vaguely called out someone or something, but no names were ever mentioned.  I reached out to multiple members that were apparently affected by the talent agency, and none were willing to talk at length, or even point me in the right direction of malfeasance that may, or may not be, occurring within the Overwatch League.

It’s wildly different from the Counter-Strike: Global Offensive professional scene, where casters and players alike call out tournament organizers for not paying on time or attempting to lowball personalities that generally run the show.

It’s a frustrating enigma that only a select few get to wholly experience, and they aren’t talking.  Fans can’t do anything without some type of direction offered by those in the know, and some type of proof.  It’s not like the internet necessarily has a high threshold of proof, either; blurry screenshots are more than enough for people to continue to pour gasoline on the flame-out that is Blizzard.

Until they can do that, however, it’s just veiled barbs that do absolutely nothing for anyone.