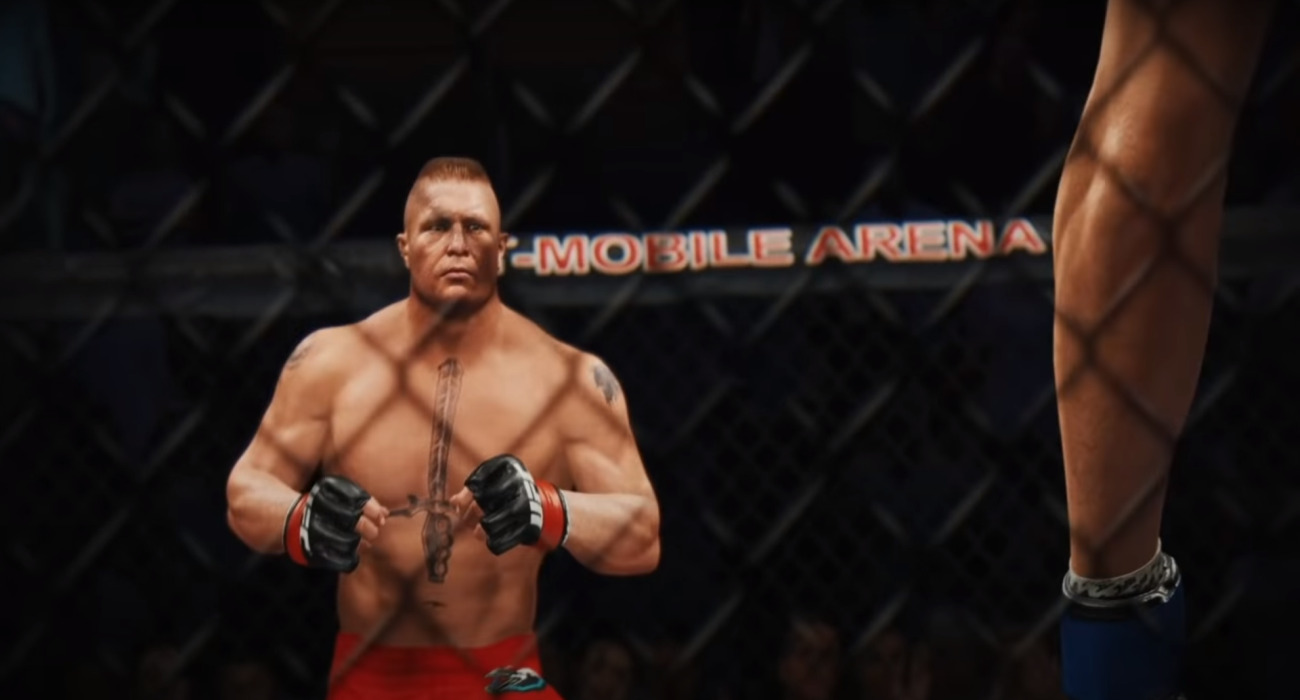 EA Sports UFC 4 has now been out for a couple of months. Thus far, the community seems to be impressed with the visual and performance improvements. EA has gradually made each installment better and this latest entry has a lot of highlights.

One of these is the large roster of fighters that players can choose from, whether they play online or battle it out in the detailed career mode. The roster has grown since launch and it’s about to get even bigger, quite literally.

RELATED: The Massive MMO New World Has Unfortunately Been Delayed By Amazon

As reported in the latest trailer, EA Sports UFC 4 is letting players download the heavyweight superstar Brock Lesnar for free. It’s a limited time offering so if you’ve waited to duke it out with other heavyweights with one of the most polarizing fighters to ever step foot inside of the octagon, now’s a good time to claim him. You just have to click on the appropriate download.

Brock Lesnar had such a huge impact on the sport of mixed martial arts overall. He came over from WWE and many that it surely was a publicity stunt. Then when he went on to claim gold against Randy Couture, everyone had to appreciate his skills. Lesnar would go on to defend his belt two times before suffering defeat against the storm that is Cain Velasquez.

Although his time in the UFC was pretty brief, he brought so many fans over that never watched the sport. He’s a great addition to the already amazing list of fighters in EA Sports UFC 4. There will probably be many players excited to use his raw strength and competent wrestling skills against other elite heavyweights.

That’s not all. Considering Halloween is almost here, it’s only right that EA would add some spooky-themed content as well. Based on the Brock Lesnar announcement trailer, they’ve done just that. A couple of costumes are shown, including a werewolf, skeleton suit, a twisted clown, and some sort of zombie. These vanity items look like the perfect way to fight in EA Sports UFC 4 leading up to Halloween.

RELATED: Will Bungie’s Destiny 2 Be Getting A Cross-platform Play Support Soon?

If you haven’t had the opportunity to play this latest installment, it has a lot of improved elements. There are now more advanced controls, more realistic graphics, and game-changing fight dynamics that elevate the series like never before. Now that Brock Lesnar is available as a playable fighter, you can check out the improved mechanics in a way that’s larger than life.