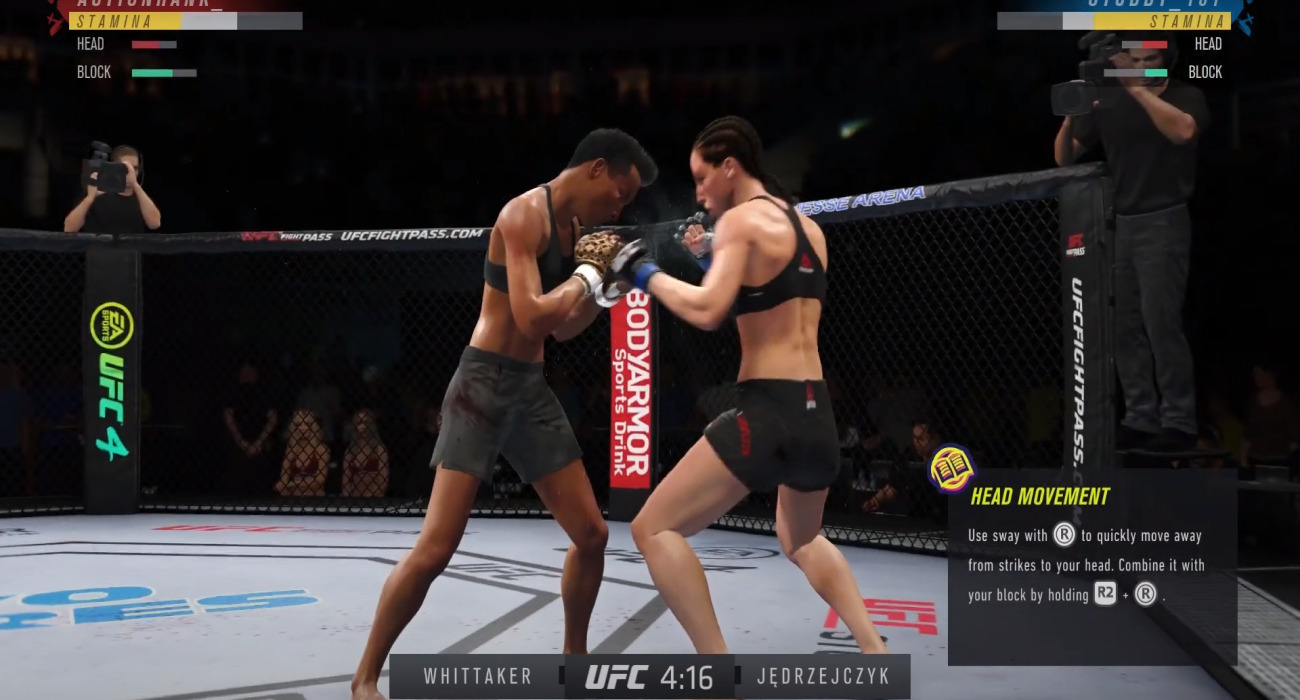 UFC 4 is Electronic Arts’ latest attempt at making a realistic and compelling MMA game. Every installment has improved upon the last, whether it has been better visuals, more in-depth controls, or a better career system.

Many were excited particularly about UFC 4’s career mode. This aspect has always been an important part of this fighting series. Many want to create their own fighter and move through the minor leagues, with the end goal earning a spot in the UFC and becoming a champion in their selected weight class. It’s a gratifying feeling that gives you a glimpse of a day in the life of an elite UFC fighter.

The career mode in UFC 4 is as good as it has ever been. There are many dynamic features in and out of the cage that further the series along in the right direction. That being said, this fighting game isn’t perfect. Early in the week, EA decided to include in-game ads.

Needless to say, fans were not too happy. EA has subsequently taken them out after the fan backlash. That’s not all. Many have complained about a purple screen showing up randomly and affecting their gameplay experience.

You can only imagine how frustrating it would be to be in the middle of a ranked online match or an epic part of your fighter’s career and then suddenly, all you see is purple.

Fortunately, EA has acknowledged the major bug and have since released an emergency patch. It removes the bug for most users, although there may be some that still have to endure it. The developer has went on record saying they don’t know why it’s happening, but they’re working on more long-term solutions.

That’s not all. The emergency patch has also nerfed stamina recovery for ground and pound as well as balanced out problems associated with blocking and striking. If you want a more detailed list, you can check out EA’s full patch notes via the game’s official website.

UFC 4 hasn’t had the smoothest launch. That’s not too surprising considering how much pressure game developers are under all while dealing with a pandemic. Still, EA is focused on bettering players’ experiences as quickly as possible.

If you haven’t played a UFC game in quite a while, this one is pretty serviceable. It includes a lot of new features, better graphics, and an amazing roster of fighters. The game also has a pretty high skill ceiling, which should keep you busy no matter how much experience you have with this franchise.

Jan 14, 2021 Harry Alston 1940
With the announcement this week that Lucasfilm Games and Ubisoft will be working together on a story-driven open-world Star Wars game, I've seen a...

Jan 12, 2021 Lisa Nguyen 1310
Maxis and EA have revealed the next Stuff Pack for The Sims 4 called Paranormal stuff. The pack will mark the eighteenth Stuff Pack released so far...