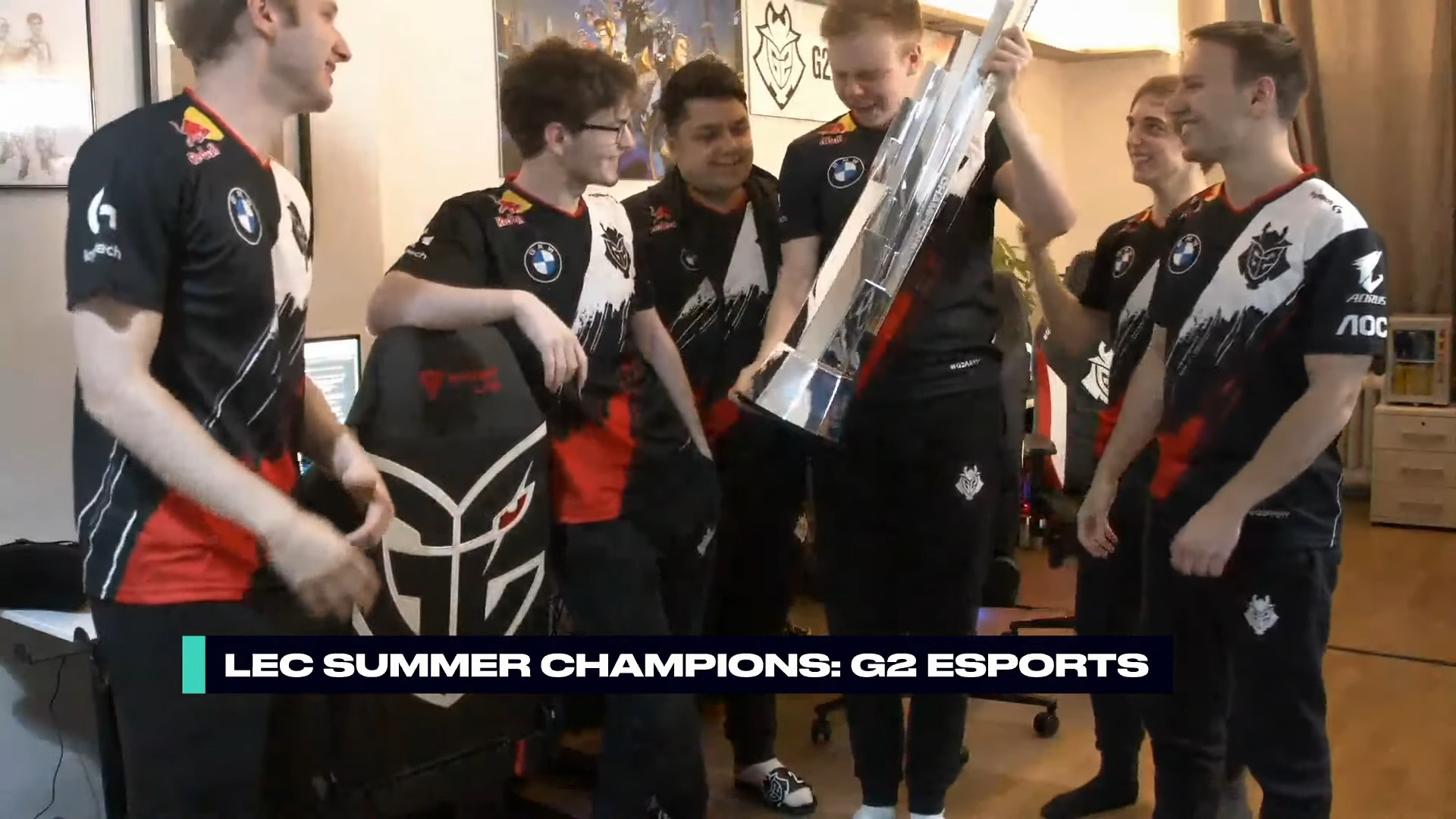 G2 Esports made history today at the 2020 League of Legends European Championship Summer Split after winning in the finals against Fnatic. This title is the franchise’s fourth in a row, making them the winningest in the EU region. The dominating performance from G2 Caps clean sweeps their opponents 3-0.

When the two teams faced last week in the Summer Split semifinals, the results were different. Fnatic came on top of a grueling 3-2 series. This time in the finals, former Fnatic player Caps and the G2 boys came much more practiced and prepared during their draft. Caps was also crowned as this season’s MVP, a third of his career.

The first two games of the series were highly competitive, with skirmish happening left and right. Game one started with Shen roaming the jungle for G2. The team utilized the champion’s ultimate during small fights to avoid snowballing a death or two. While fans and Fnatic players are all eyes on Caps, Jankos took advantage as he pops off, rendering the U.K.-based organization in retreat.

G2 was ahead in game one, but Fnatic was not far behind. The game came to a breathtaking ending when Caps died trying to siege a tower. Casters were quick to note that this might be G2’s game to lose. Luckily for the team, they bounced back and took the series 1-0.

Crediting Jankos’ performance in game one, Fnatic first banned Shen in the second game. But the Polish jungler had something else in mind as he picks Sett. He wanders around the jungle and provided backup to teammates whenever Fnatic is making a gank. This performance proved to be too much for their foes to handle, either.

Fnatic was ahead midway through the second game, and they tried to put the exclamation mark in the late game when they secured the Mountain Dragon Soul. The advantage did not faze G2, though, as they approach a more extended team fight rather than bursty skirmishes. Game two was closed out with G2 wiping Nemesis and the rest of Fnatic, leading the series 2-0 on a match point.

Game three was a lot closer in the early game compared to the first two. Jankos was still playing Sett and was consistent with his jungle control. The 2020 LEC Summer Split was concluded with a failed Dragon Soul skirmish by Fnatic, losing the team fight and the whole championship.

Both teams will be representing the European region in the World Championship starting on September 25.

A Monk’s Guide To 5e: A Few Simple Things Every Monk Should Know In Dungeons And Dragons

Nov 28, 2020 Chris Miller 13630
Here's a bit more Counter-Strike: Global Offensive drama, as if the scene hasn't been steadily imploding since the beginning of the pandemic with...

Oct 6, 2020 Richard Sebastian 5410
Early on, Gen.G was favored to win the entire 2020 League of Legends World Championship, but that was before they faced Fnatic. During the group...