Excel, the spreadsheet software from Microsoft, has been used to recreate many things, such as strategy games or drum machines. Some are used with the help of Visual Basic, but not always. A Japanese programmer recently reproduced the classic RPG Dragon Quest 3 without using Visual Basic.

The creator, Papa Sensei, previews the game in a YouTube video. Players get a short glimpse of how the game was recreated and see it in action. Along with a video of the game is a link to play the game in Excel.

The game is saved in XLSX format. The game begins in the starting location, the kingdom of Aliahan, where the hero begins his adventure.

Dragon Quest 3 was initially launched in February 1988 for the NES. Since its release, the game was ported to the Super Nintendo, PlayStation 4, Nintendo Game Boy, 3DS, and Switch, plus iOS and Android. In 2017, Square Enix recreated Aliahan on the PS4 using Unreal Engine 4, but nothing more came of the reveal at the time.

Dragon Quest 3 begins on the 16th birthday of the Hero, who was the child of the legendary warrior Ortega. The Hero is given an important mission by the King to carry on Ortega’s legacy and defeat Baramos, the Kingdom of Darkness’ Demon Lord.

The controls involve clicking a controller at the bottom right side of the screen. Unfortunately, players can’t use their keyboard, which would be much easier.

From there, the player walks on the world map, where they encounter their first battle. The random battle effect is reproduced, and then players are taken to the fight screen. Everything is recreated using Excel, from the monster stats to the Hero’s combat options. The screen shake and attack effects also appear.

Unfortunately, the Excel-only game has some setbacks. There is no background music or sound effects. The programmer states that he didn’t know how to include sound without using Visual Basic.

As an added bonus, around 90 seconds in, the Japanese-exclusive dolphin Microsoft Office Assistant Kairu, appears as an enemy. It launches a “What do you want to know?” attack that has frustrated many Office users.

The game includes an option to change the enemy’s stats. This is located on the second page of the spreadsheet.

Papa Sensei wrote about his experiences recreating the game in Excel on his blog. The spreadsheet is available to download and play now through Excel, but the content is only available in Japanese.

CS:GO - ESL Announce That They're Brainstorming Ways To Save The NA CS Scene 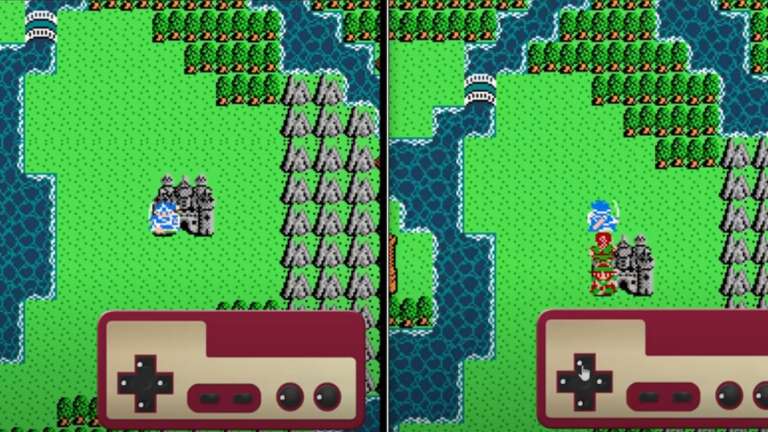 Dec 11, 2020 Lisa Nguyen 22580
Excel, the spreadsheet software from Microsoft, has been used to recreate many things, such as strategy games or drum machines. Some are used with...