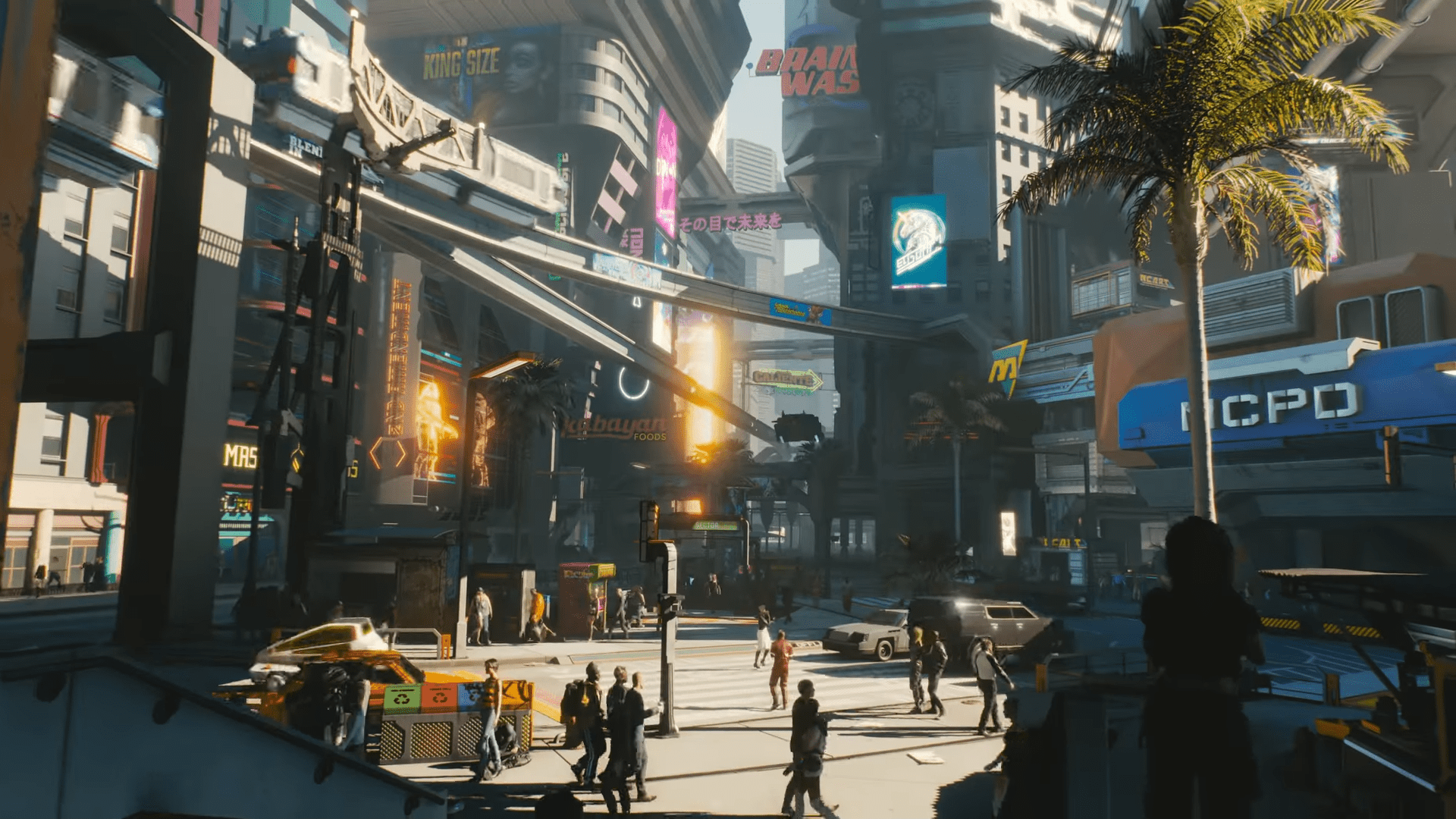 Over the past few weeks, CD Projekt Red has been showcasing some concept art of Cyberpunk 2077 via the game’s official Twitter page.

So far, we’ve seen polar opposites in Westbrook and Santo Domingo. The former district is filled with beautiful architecture and the wealthy, while Santo Domingo is the complete opposite with industrial warehouses and smog.

And just recently, the Heywood district was shown with some unique concept art. Looking at some of the visuals, it looks like a district teeming with diversity. There are tall structures everywhere, which according to the developer’s notes on the concept art, are filled to the brim in gang activity.

It also looks like the Heywood district is one of the more varied, at least based on what the developer has teased thus far. Certain portions feature tall skyscrapers and then other areas have parks and slums. Gangs like the Valentinos and 6th Street do business here quite frequently, which just goes to show the dangers that players will run into should they venture too far in the wrong areas.

You can bet Heywood will be one of the more popular districts you visit when rubbing elbows with some of Night City’s more feared individuals. As you walk the crowded streets, you’ll have to keep your nose down and be cautious of who you talk to.

It has been great seeing all of this concept art of the districts in Night City. Cyberpunk 2077 isn’t going to release until November, which is still a bit of a wait for interested onlookers. At least CD Projekt Red has done everything they can to tide fans over with content.

This open-ended RPG truly is looking like something revolutionary. This isn’t the first time the developer has captured lightening in a bottle. They did it with The Witcher 3, which even still to this day, sells exceptionally well.

Cyberpunk 2077 has a lot to live up to, but all signs are pointing in the right direction. As the developer continues to put the finishing touches on this in-depth and detailed RPG, expect to see more concept art shown. There are a total of six districts that make up Night City, so that means we have three more concept art reveals to look forward to.

It’s pretty early on, but it’s clear the developer has done everything they can to make each district distinct and full of personality. Exploring the various sections sounds like a dream come true.

Redditor SamTheMan2805 Created A Minecraft Rocket That Comes From the Ground Itself!