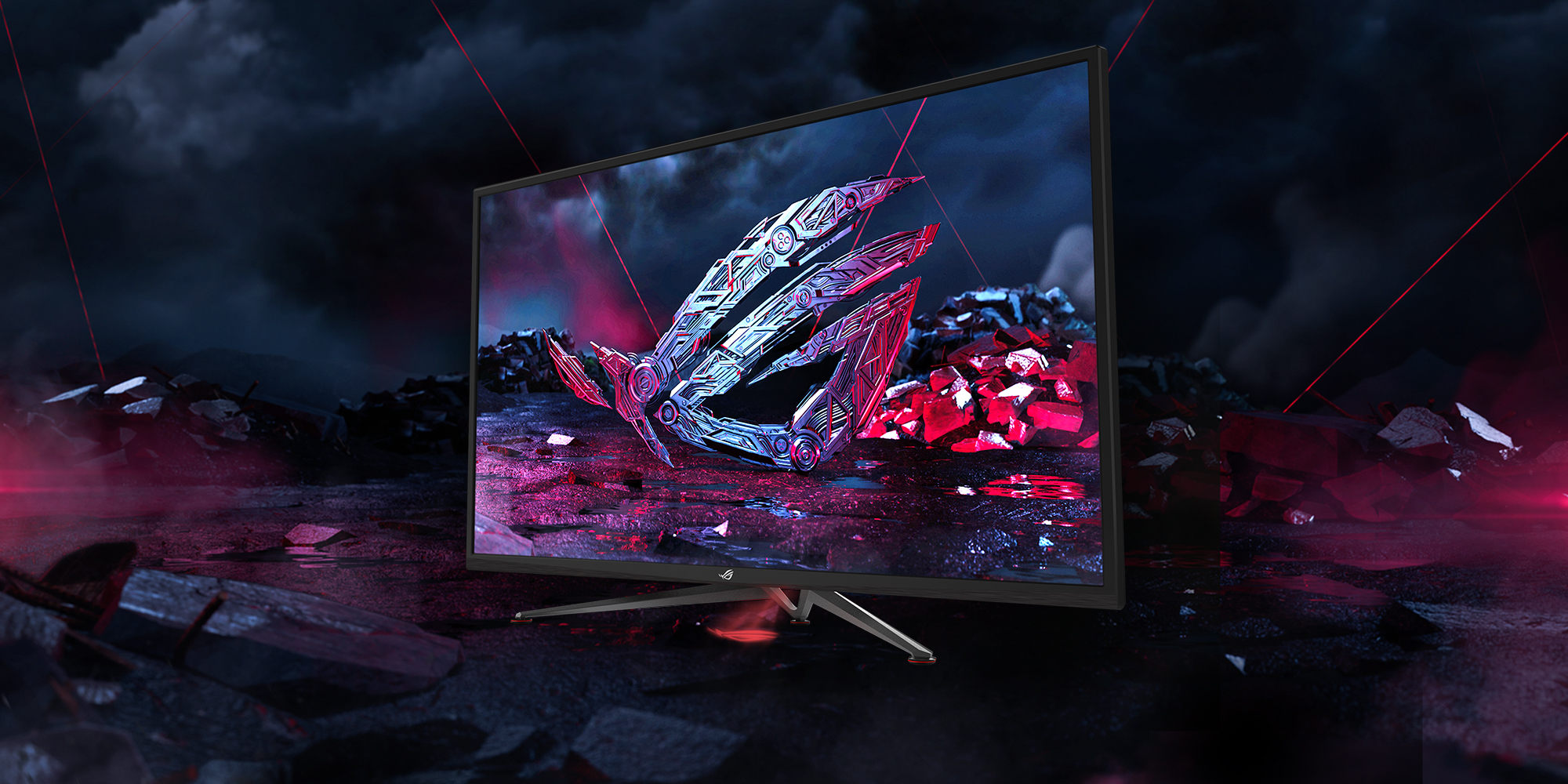 Earlier this year, during CES 2019 in Las Vegas, Asus stole the show with their revolutionary ASUS ROG Strix XG438Q. Unfortunately, this world’s largest 4K UHD FreeSync 2 HDR gaming monitor was not ripe for the market so gaming fans had to wait, and gladly, the wait is over.

The Taiwanese manufacturer communicated to tech website Hexus that it would be releasing the ASUS ROG Strix XG438Q in the UK. But this high-end gaming monitor will not be coming at a friendly price. Asus has put a £1099 price tag on it, making it among the most expensive gaming monitors.

But is it worth the money and the hype? The company describes the ROG Strix XG438Q as “world’s biggest and fastest 4K FreeSync 2 HDR gaming monitor.” Well, you can never go wrong with Asus, which is renowned for its innovation and cutting-edge technology in the world of gaming.

When it comes to connectivity, one of the highlights is GameFast Input Technology. It ensures faster motion delivery from the connected devices to the monitor, thus minimizing input latency and screen glare. Other connectivity features include three HDMI (v2.0), one DisplayPort 1.4, and a 3.5mm Mini-Jacks for PC audio and the earphone jack. The ROG Strix XG438Q also has two USB 3.0 ports. The Asus XG438Q also boasts two ASUS SonicMaster technology 10W speakers.

While most websites suppose that it lacks VESA mount support, Asus actually included VESA wall mounting 100x100mm. You can find this on the specifications of the monitor when it was announced back in January. You can mount it on the wall to ensure you have enough space for other accessories and most importantly, you can sit a little further from the monitor.

While it has been released i the UK only, expect it in the US market sooner than later.

The Zombie Game Days Gone Just Got A New Mode Called Dead Don't Ride; Features A Race Against The Clock In A Golf Cart

Mar 29, 2020 Emmanuel Giovanni 23810
Since AMD Ryzen 4000 series mobility processors launched on the 16th March, it has since been exhibited at various retailers but in limited...