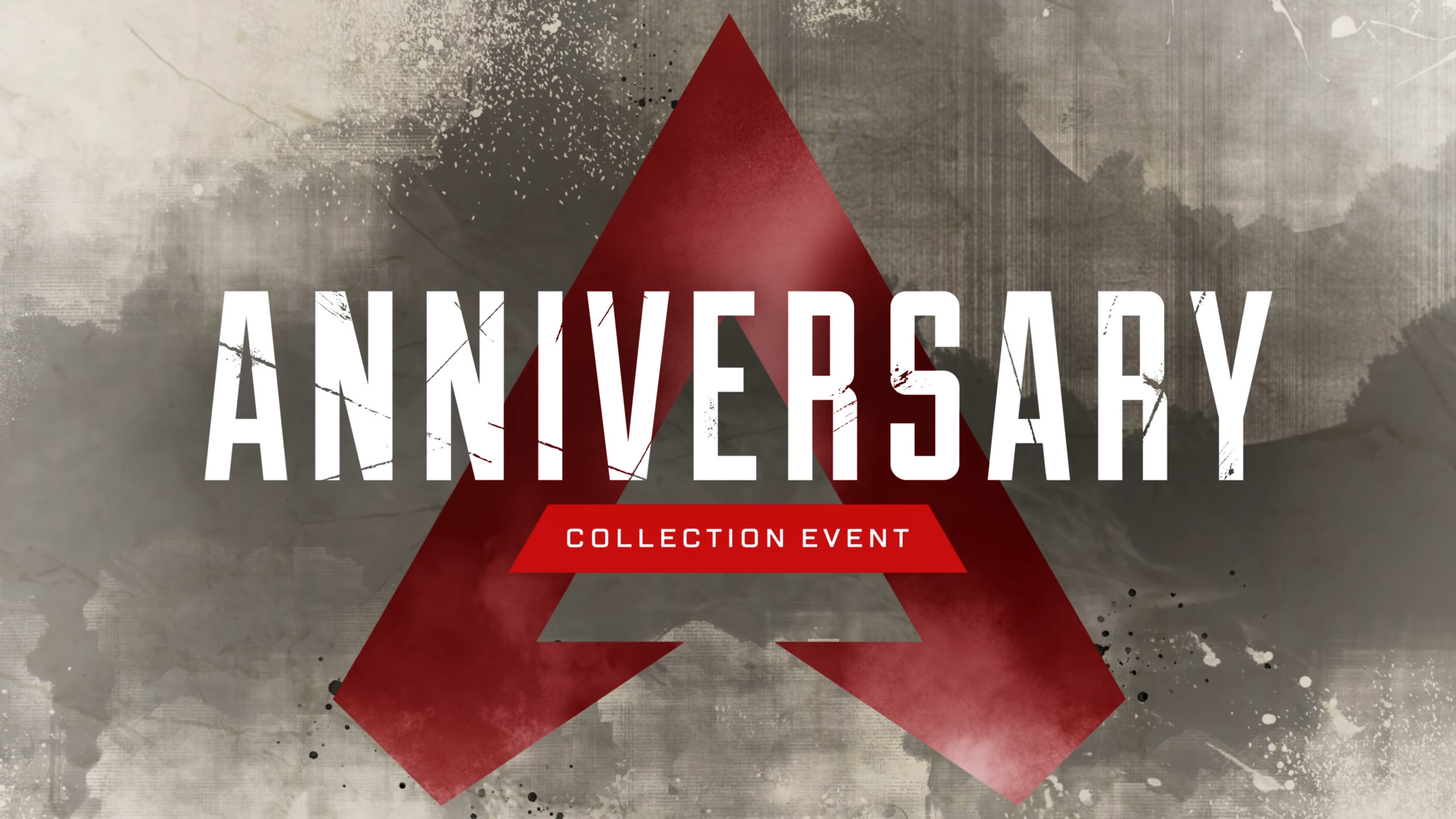 The Anniversary Apex Legends Collection Event starts today, with a free prize track, a new LTM, and the option to buy heirloom shards to purchase one of the already-released heirlooms.

This event is going to start at 3 pm GMT (that’s when the collection event packs and prize track go live) and then at 6 pm GMT the new LTM will be released.

RELATED: Dunegorger Kraulok Is This Week's World Boss In World Of Warcraft, Giving Players A Chance At A Rare Mount

RELATED: Lucifer Within Us Is A Non-Linear Mystery Game That Now Has An Official Trailer

There is no update set to release alongside this collection event. Rather than launch it at the start of Season 8 – which started last week – the devs decided to wait a week to keep the hype going.

The Anniversary Collection event includes recolors of many Battle Pass skins and other skins from the past two years. If you purchase all the packs you will unlock heirloom shards, unlike the usual Collection Events which give you a specific heirloom.

It also offers one of the best prize tracks we’ve seen in recent events. You can get your hands on 10 total free packs, including two event collection packs. That pretty much guarantees at least one legendary recolor from the event. Nice touch from Respawn.

As it stands, this is just an extra event put on to celebrate the two year anniversary of Apex Legends. News from the data mining community suggests there will be another Collection Event in March, with Bangalore’s Heirloom and probably a new town takeover.

With the free prizes on the prize track, you will also be able to craft the legendary skins in the event for half the price of normal collection event skins, down to 1,200 instead of 2,400 crafting materials.

You also don’t need to unlock the heirloom right away. Just hold onto the shards until you can unlock one of the Heirlooms you want, like Bangalore’s next month, or save it up for next Season when another legend will receive one.

RELATED: The Escapists Is Now Available For Free On The Epic Games Store

Apex Legends is two years old and is showing no signs of slowing down. With very successful weeks on Steam recently and a Nintendo Switch launch in March (and Mobile later in the year) it looks like Apex will continue to be Respawn and EA’s flagship shooter in 2o21.

The Anniversary Collection event starts at 3 pm when the skins go live and then continues at 6 pm later today (GMT) with the new LTM. You don’t need to update the game.