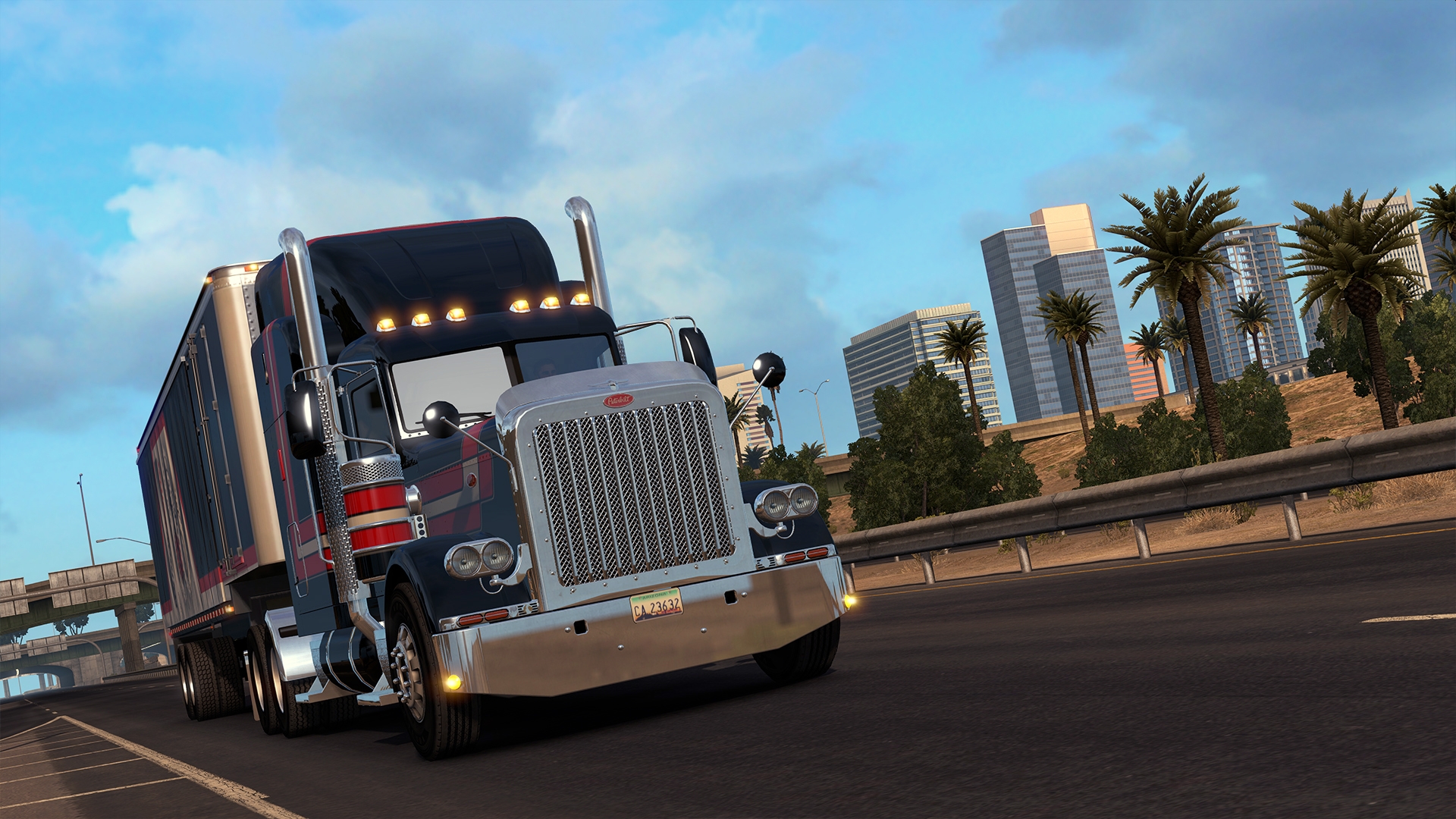 Publisher and developer SCS Software has new information regarding upcoming DLC and collaborations for its simulator game American Truck Simulator. The game was first launched in February 2016 but has continued to release new content for the past four years. Recently, SCS Software has announced even more content coming soon, along with a previously secret collaboration.

The Colorado DLC is one of the next major content updates covering the Great Plains of Colorado. The road network was recreated with attention to detail. The developer even recreated one of the biggest and most active gold mines in the state.

While many of the screenshots on Steam show the trucks driving on highways, the official blog shows many images inside of Colorado cities. The state contains several landmarks and familiar buildings. They include the city of Ouray with some of the state’s most historic buildings.

The Steamboat Springs location is perfect for nature and adventure fans, plus it has a family-friendly ski resort. The Najavo Nation Tribal park is the Four Corners Monument that is the meeting place of four states: Arizona, New Mexico, Colorado, and Utah. The store page for the DLC is available now on Steam, but with no release window yet. Players interested in the upcoming DLC can add it to their wishlists now.

SCS Software also announced information regarding a formerly top-secret collaboration. The Next Western Star Truck will launch soon, shortly after the company made the announcement. The developer was able to get physical access to the prototype truck to recreate it in its virtual world.

The new truck was built to survive in the most rugged environments and weather conditions. The full reveal will take place on September 29. Western Star has a dedicated website with a countdown for the reveal on their official website as well. Those who want the most current news can follow the company on social media or sign up for their email newsletter.

The next Western Star is coming. One built to survive in the most rugged environments. Built on a heritage of toughness and built to take on anything. A truck that’s safer, that’s more advanced, that’s faster to upfit and tougher than any Western Star before. It’s almost ready. So, you might want to put your name in now.

American Truck Simulator puts players behind the wheel of a freight truck as it drives across the country. Players begin working for a local company and make their way up the chain to become a business owner or a thriving company.

Jan 25, 2021 Jeremy Green 3720
Covid-19 has been such a terrible virus that has plagued a lot of industries, including the gaming sector. Developers and publishers have had to...

Dec 17, 2020 Jeremy Green 4550
December has really just rolled right along. We're just a week out from Christmas and you can tell developers are getting festive with the themed...

Nov 8, 2020 Jeremy Green 6590
American Truck Simulator has been consistent in delivering authentic trucking experiences for those that want a taste of the trucker life. It has...