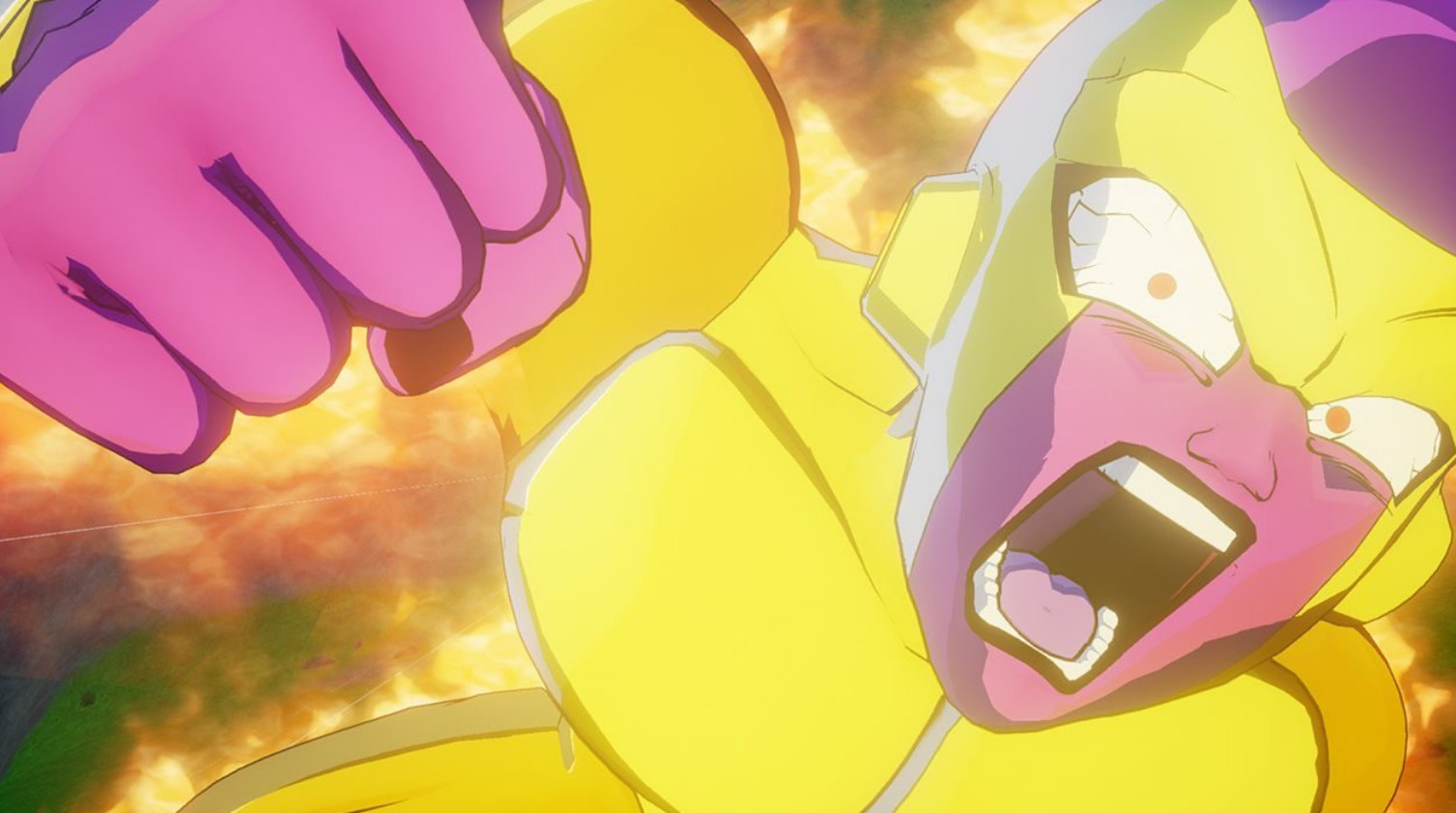 Bandai Namco is getting ready to release the next DLC pack for its action adventure fighting RPG Dragon Ball Z Kakarot, which released at the beginning of the year.

The next DLC pack, which will be the second part of the New Power Awakens story, will be adding Super Saiyan Blue forms for both Goku and Vegeta, along with the formidable Golden Frieza.

Recently, the company released a number of screenshots for the pack, including a fantastic shot of Golden Frieza launching himself into battle.

Of course, these are mostly the same as the previously released images from the Japanese V Jump magazine, but it was nice to see them hit the internet in an official capacity.

Face off against Golden Frieza and his devastating attacks in A NEW POWER AWAKENS – Part 2, available this Fall in #DragonBall Z: Kakarot for Season Pass owners and in the "A NEW POWER AWAKENS SET" bundle! pic.twitter.com/ybx4BpeGtm

“Face off against Golden Frieza and his devastating attacks in A NEW POWER AWAKENS – Part two, available this Fall in Dragon Ball Z Kakarot for Season Pass owners and in the A New Power Awakens Set bundle.”

We still don’t have a release date for A New Power Awakens Part Two. Just a vague promise of Fall 2020. That means we should be getting it sometime in the next two months.

The truly interesting photo though is Piccolo facing off against a number of prominent Frieze henchmen. We can see Zarbon, Dodoria, Cui, and Appule in the screenshot, along with a number of standard Frieza soldiers.

The DLC seems to be focusing on the Resurrection F storyline, which took place in the second movie leading into Dragon Ball Super.

In that movie, Frieza returns with his Golden form, and brings a sizable number of Frieza Force soldiers who do battle with Piccolo, Gohan, and the rest of Earth’s heroes. However, Zarbon and Dodoria were not included in this as they were long since dead.

It could be that the game developers decided that bringing these henchmen back would add some spice to what was mostly just a battle with faceless underlings in the original movie.

You are able to revive Zarbon and Dodoria with the dragon balls at some point in Kakarot, but it is unknown if that voluntary side quest is going to factor into this DLC pack.

Oct 25, 2020 Lisa Nguyen 1370
Bandai Namco initially planned to release Digimon Survive this year. Unfortunately, a few days ahead of its launch, the game was delayed. The message...

Oct 12, 2020 Joshua Goodpastor 750
A new trailer has been released for an upcoming Bandai Namco game titled Kamen Rider: Memory of Heroez. This title follows the adventures of Kamen...