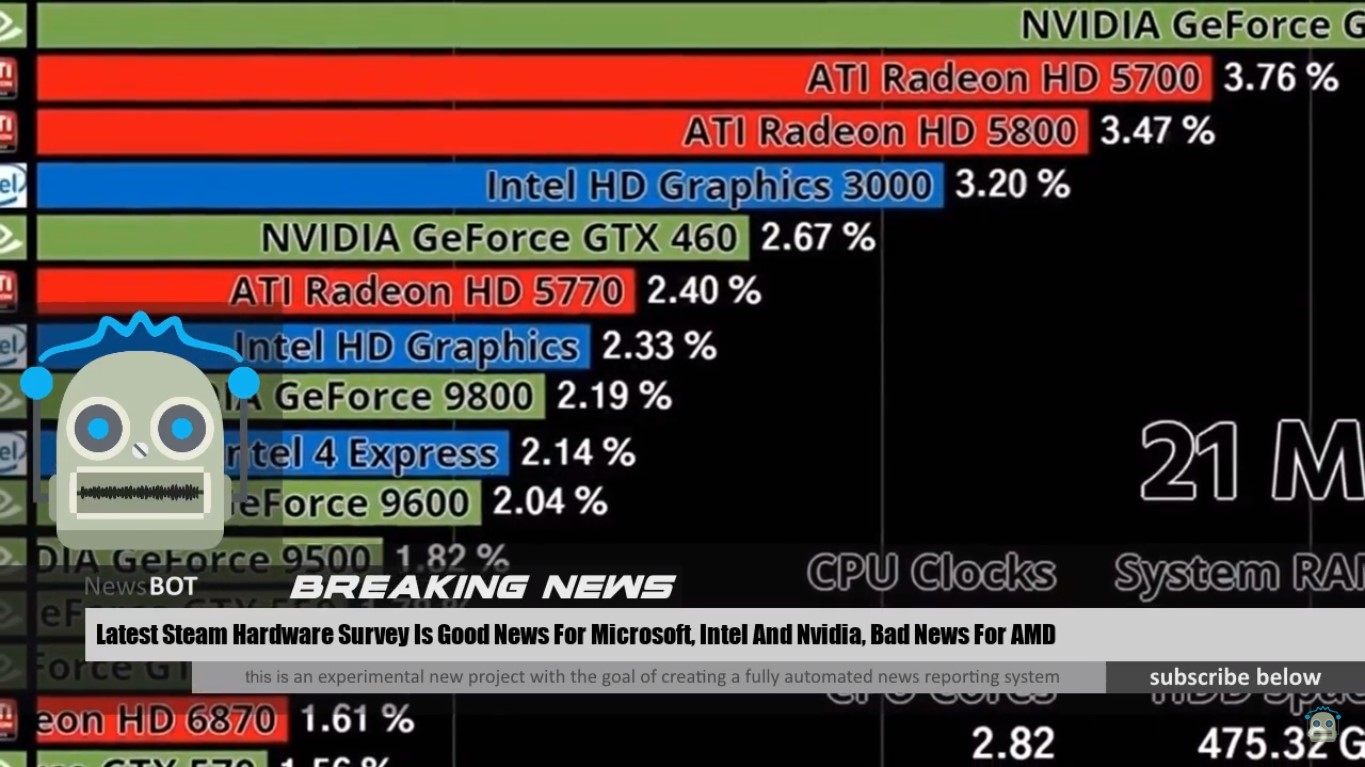 Steam recently conducted a public survey, and the results are quite surprising. It revealed that contrary to popular opinion, AMD hardware is quite struggling compared to its contemporary – Nvidia and Intel.

The survey also revealed what the most used hardware and software among gamers are. In terms of OS percentages, Windows 10 is already dominating. This is due to the fact that DirectX12 has extremely little or limited Windows 7 support. The hardware section of the survey revealed to be the most intriguing of all. It showed that AMD is really struggling as hardware.

Windows is currently the most used and most popular operating system. There are almost 97% of gamers who run the version of this OS. Conversely, only 2.75% of the gamers in the survey run a macOS. There are also less than 1% of the users who are running on Linux. This disappointing statistic is unexpected since Valve has an amazing open source OS support.

There were numerous Steam users who took the survey, but only a meager 14.75% used AMD GPU. In comparison, there were more than 75% of Steam users who used various forms of Nvidia GPU. The difference in numbers is really stark.

Based on the numbers, one thing is clear. The hardware of AMD is significantly struggling when compared to Nvidia. In terms of processors, AMD, fortunately, gained a higher 17.88% adoption rate. However, compared to Intel, it was behind by 64.13%.

For users who don’t like Nvidia that much, this brand also has a scrawny spot. Its RTX cards are not that astonishing. As a matter of fact, Nvidia’s new flagship stuff are not that promising in terms of adoption rate. The only hope they have is when their Super variants are released. These variants are expected to be game changers.

On the bright side, in terms of PC hardware, AMD is going stronger. Nvidia is becoming more powerful with Nintendo Switch. AMD will soon be able to power Xbox Scarlett and PlayStation 5. This is definitely something to look forward to. Hopefully, with the launch of these functionalities, AMD can redeem themselves, even if it’s not on hardware percentages.