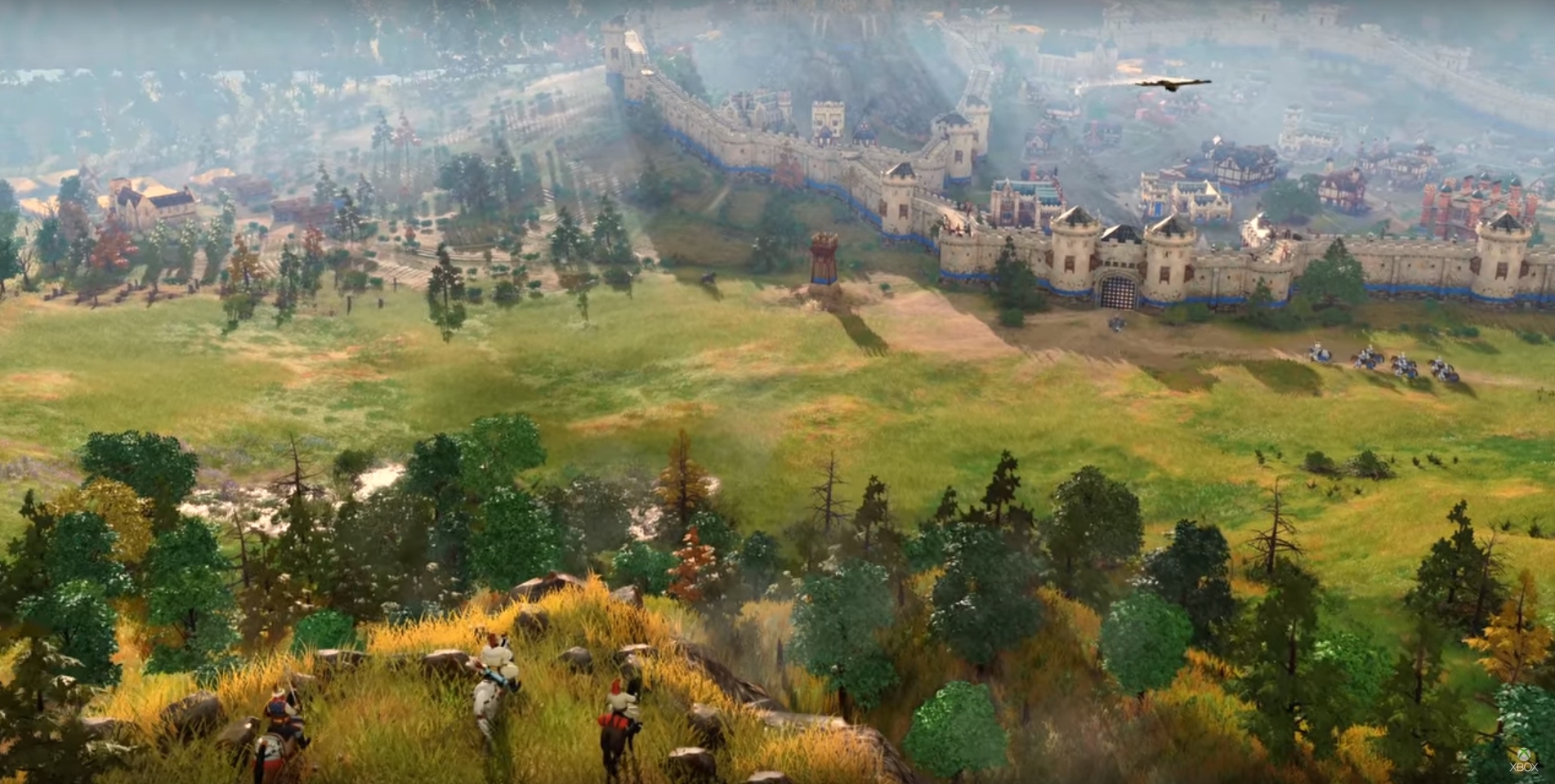 The Age of Empires franchise has been relatively dormant for the last several years. Before this year, the last notable release was arguably the 2013 HD remake of Age of Empires II and the subsequent DLC that was added over the next few years. And not counting any remakes, HD versions, or ports, the last game to come out in the franchise was all the way back in 2005!

And now, even better then that, we’ve gotten a gameplay reveal for the long-awaited sequel to the series, Age of Empires IV.

There’s a lot to be inferred from the single minute of scenes that we see in the gameplay reveal. The video opens with a bird flying over the black fog-of-war before illuminating a walled-off kingdom built into a hillside. Horsemen patrol outside as a massive army (one much larger than the supply of Age of Empires can normally hold) marches in to take the city.

So, what do we know from this? The first thing we know is simple – it’s a single minute gameplay reveal for a game that won’t be releasing for quite some time, so none of it is set in stone.

Aside from that, it looks like Terrain might have more of an impact on strategy and building. Gentle sloping hillsides and other features seem as if they’ll provide strategic value, rather than being cosmetic as they often were in sequels.

Also, if the gameplay featured truly is gameplay, then it looks like the supply cap is being raised considerably. The army being featured by the Red faction is several times larger than anything that could be fielded with the cap of 200 supply that Age III features. Of course, this could’ve just been cosmetic and cinematic exaggeration, but how fun is it to think about?

On a final note, it looks like some new units will be coming in comparison to Age III. The reveal features siege towers and even trebuchets, the most superior siege weapon of all, prominently.

No release date has been given yet, but with videos like this teasing the release, Age of Empires IV is in for a world of hype.

Despite Buggy Launch, WWE 2K20 Ranks Seventh In Overall Sales For The Month Of October

Aug 27, 2020 Chris Miller 7630
With Tantalus Media and Forgotten Empires at the helm of the proverbial ship Age of Empires III: Definitive Edition as it readies to sail into the...

Jun 4, 2020 Kenny Kimberly 14400
Age of Empires has been enjoying a massive resurgence in popularity and relevance in the last year or two. With a remake of Age of Empires 3 on...