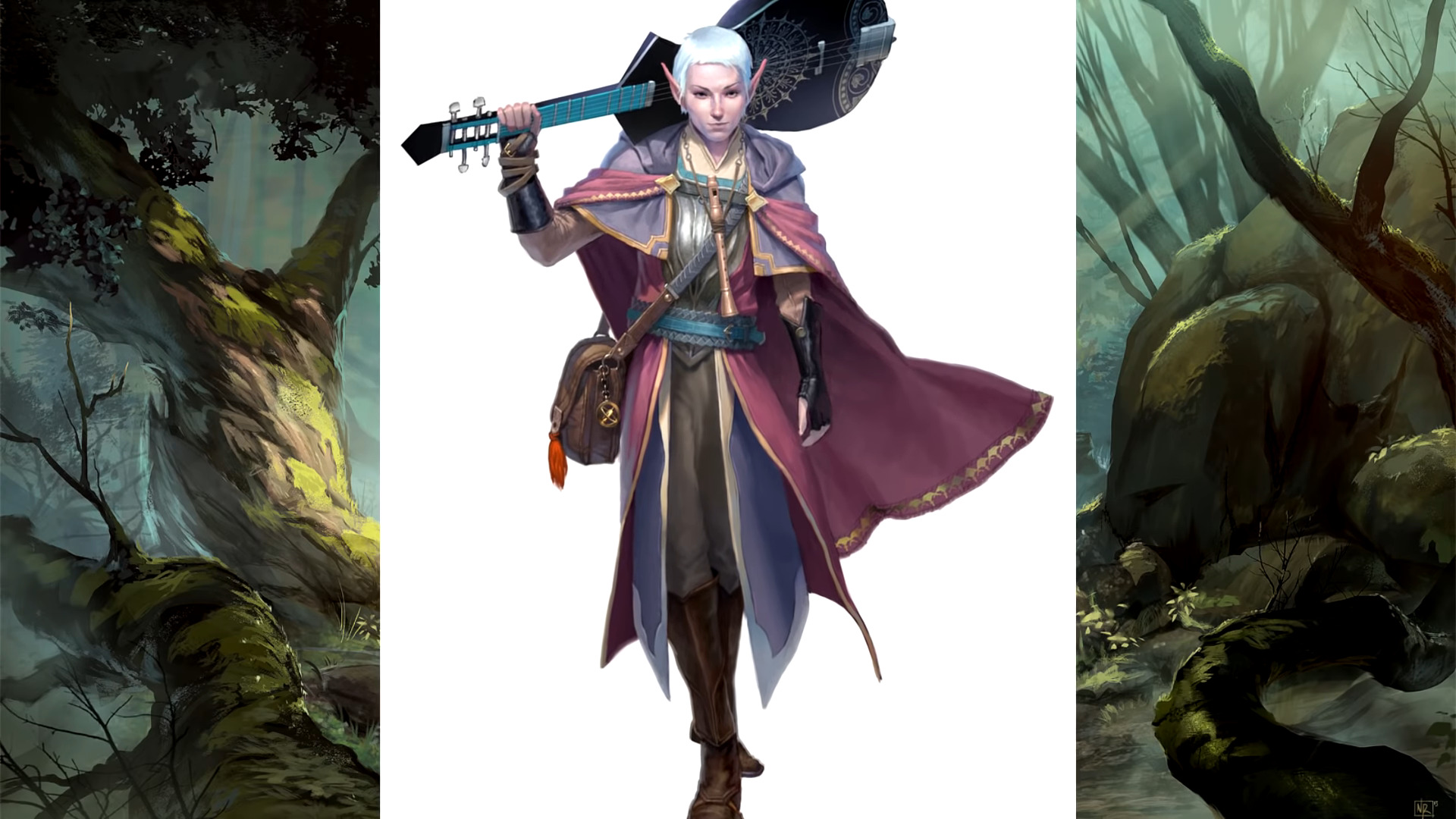 Bards have a bit of a reputation amongst dungeoneers as being, well, sex-fiends to not put too fine a point on it. They’re chock full of charisma, charm, and bad ideas, but they can also be pretty handy to have in a fight. Bards get a slew of abilities, spells, and features to buff your friends and hinder your enemies, which the article below will cover.

More than anything though, Bards are a face. They’re someone that knows how to make people happy, with a few bribes here and a few honeyed words there. While the amount of roleplay may depend on the campaign setting and DM, it never hurts to take proficiencies in skills that will help you roleplay. Bard offers the player 3 skills to start off with as well, only below Rogue in terms of starting skills.

Persuasion, Deception, Performance, or Intimidation are all skills that a bard would benefit taking, but also consider taking skills according to your character’s backstory. If your character grew up on the streets, Sleight of Hand or Stealth may be the appropriate skills to take. If your character is a Lore Bard, Arcana or Investigation might suit them more properly.

Bards also get Jack of All Trades, which allows you to add half your proficiency bonus to all skill checks that you’re not already proficient in. They also receive Expertise for two skills twice along the way. Along with the Rogue, Bard ranks right up at the top in out-of-combat potential.

In combat, Bards typically take on the role of support, offering healing with spells such as Cure Wounds and Healing Word. If your campaign is short-rest focused, Song of Rest will also come in handy with some quick extra healing. They also offer support in other ways, such as the utility of their spell list in spells such as Polymorph, and the use of their Bardic Inspiration. Bards can be great at debuffing enemies as well! Tasha’s Hideous Laughter, Dissonant Whispers, and even Polymorph can be great ways of taking your enemy out of the fight.

More so than others, Bards are a class in which most of the flavor comes from the subclass, or College in this instance. Luckily, Bards aren’t lacking in terms of potential subclasses, with 9 to choose from. Some Bardic Colleges, like Glamour, focus on charming others, while other subclasses such as the College of Valor, provide abilities that are mostly melee-focused.

Bards are a fun support class to play and come with a variety of strong abilities and features, so be sure to reconsider running one at your next game of Dungeons and Dragons!

Minecraft Mobs Explored: Turtle, A Passive Mob That May Be Worth Raising And Nurturing