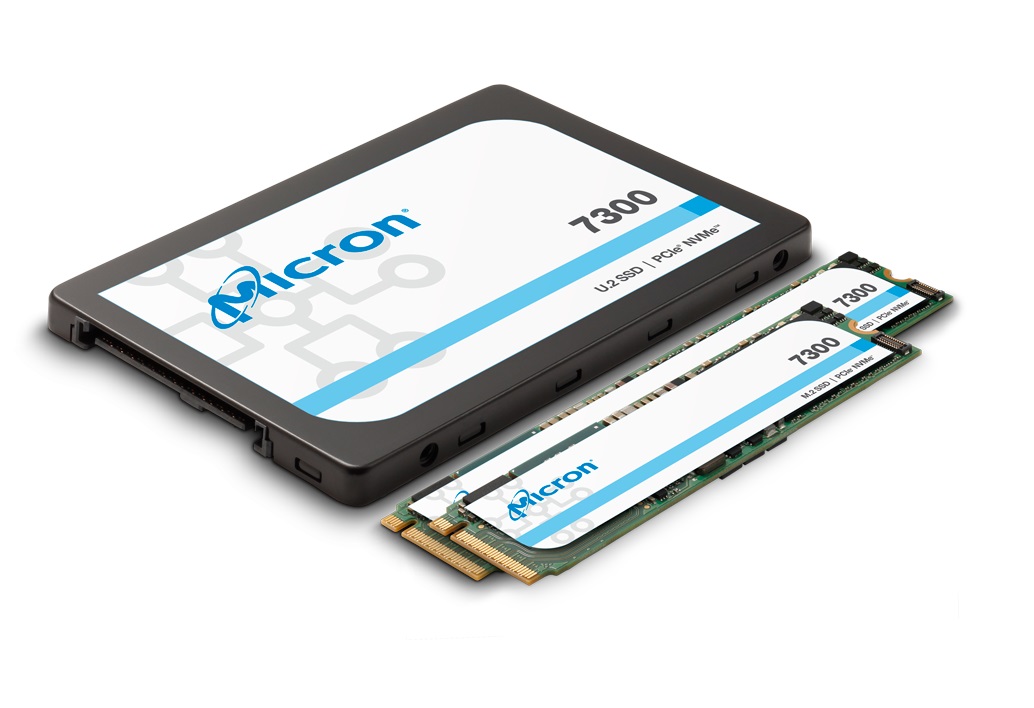 Micron recently announced the latest addition to their enterprise SSD family – the 7300 and 5300 series. These two new series are built for data center usage. They are also equipped with Micron’s latest 96-layer NAND. The 7300 is optimized for high throughput and demanding workloads. On the other hand, 5300 is built specifically for read-oriented tasks requiring high reliability.

Since the 7300 series is specifically built for demanding tasks and high-throughput computing, it is based on NVMe. It is equipped with four 3.0 PCI-Express access lanes and will receive an NVMe dual-port support update later.

The 7300 will be launched in four various flavors —M.2 and U.2 drives, both with MAX and PRO versions. The latter version is more focused on read-intensive user tasks, tackling wear and tear at one drive write a day. The MAX version, on the other hand, is said to tackle a maximum of three drive writes a day. The failure meantime for both of these versions is recorded at two million hours.

To recap, SATA SSD has a slower demand in the market. Despite this, Micron is still promoting SATA SSDs in the enterprise space. Micron claims that numerous complex upgrades can only be efficiently done on a SATA-run infrastructure.

This new 5300 series will also sport a NAND with 96 layers. And since it’s designed for data reliability and mass storage, it received a three million hours failure meantime.

The MAX series, lastly, will only be launched in the 2.5-inch format, too. However, its features will be more sophisticated compared to its PRO counterparts. For one, it is said to come in a higher write endurance.

Both series are Micron-offered options for those who want a durable NVMe that won’t hurt the pocket. Specifically, Micron is targeting cloud and enterprise IT managers who want low latency, fast, and efficient NVMe storage. With 7300 and 5300’s release, Micron wants to leverage the price-performance and power consumption efficacies of NAND technology.

For those awaiting the release of these series, Micron announced that they plan to ship 7300 this December.

Fallout: Bethesda's Indigo Child Had Their First Service Break On Launch, Was This Planned?