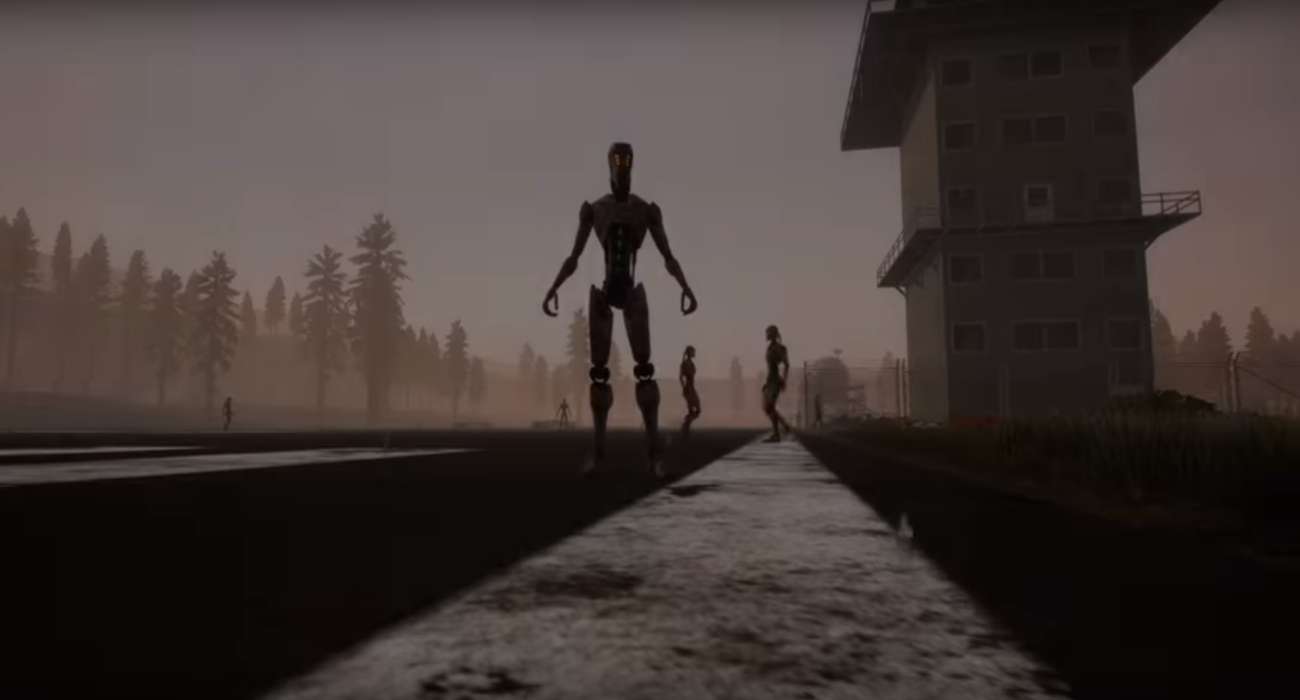 The looter-shooter genre is getting an interesting addition in XERA: Survival. This unique and futuristic game just went into Early Access on the Steam Platform. It’s technically a PVP shooter, but there are also AI robots. That’s right. In addition to dodging bullets from other online players, you have to watch out for crazy robots. They’re quite terrifying.

Looking at the announcement trailer that just came out, XERA: Survival is shaping up to be quite unique. It has exceptional graphics and the forest featured in the trailer is divine. The combat action looks just as great. We see bullets flying all over the place as waves of robots come charging forward.

They’ll look fast, strong, and particularly creepy. It’s pretty alarming to see them running toward you upright. The developers at Spotted Kiwi Interactive did a phenomenal job with their design, and they just add another level of intensity to this looter-shooter.

As far as this game’s premise, it looks like you’ll be looting for supplies a majority of the time. While you’re searching for better weapons and more ammo, you’ll have to keep a lookout for opposing enemies. To help you get around the map, ATV vehicles have been included. You also have access to drones, which can help you spot nearby enemies.

You’ll certainly want to use them if you hope to survival for any substantial length of time. The game supports up to 40 players. This is quite an impressive number considering there are already dozens of robots you have to account for.

Moving back to the trailer, there appears to be plenty of decent weapons. We see a standard compact machine gun and a sniper for long-range attacks. It seems like the longer you last in a session, the better weapons you’ll have access to. That being said, going after the better weapons comes at a cost. Other players, for example, will be going after them. You have to be strategic with your movements.

So far, Steam users seem to be liking the title. XERA: Survival has mostly positive reviews on the platform. This isn’t surprising. The game mixes in a lot of fun elements. And who hasn’t wanted to fight against a robotic resistance? It’s like a scene straight out of the Terminator movies. Only, they seem much creepier in this game.

The game certainly is worth checking out. At the very least, you’ll enjoy some intense combat and tense moments hiding from robots.

Hit And Run 2? The Simpsons Writers And Producers Are At This Year's E3

Nov 4, 2022 Tom Lee 120
Some Sims 4 players have reported that after installing the latest patch, their Sims have become unreasonably hostile toward other players....