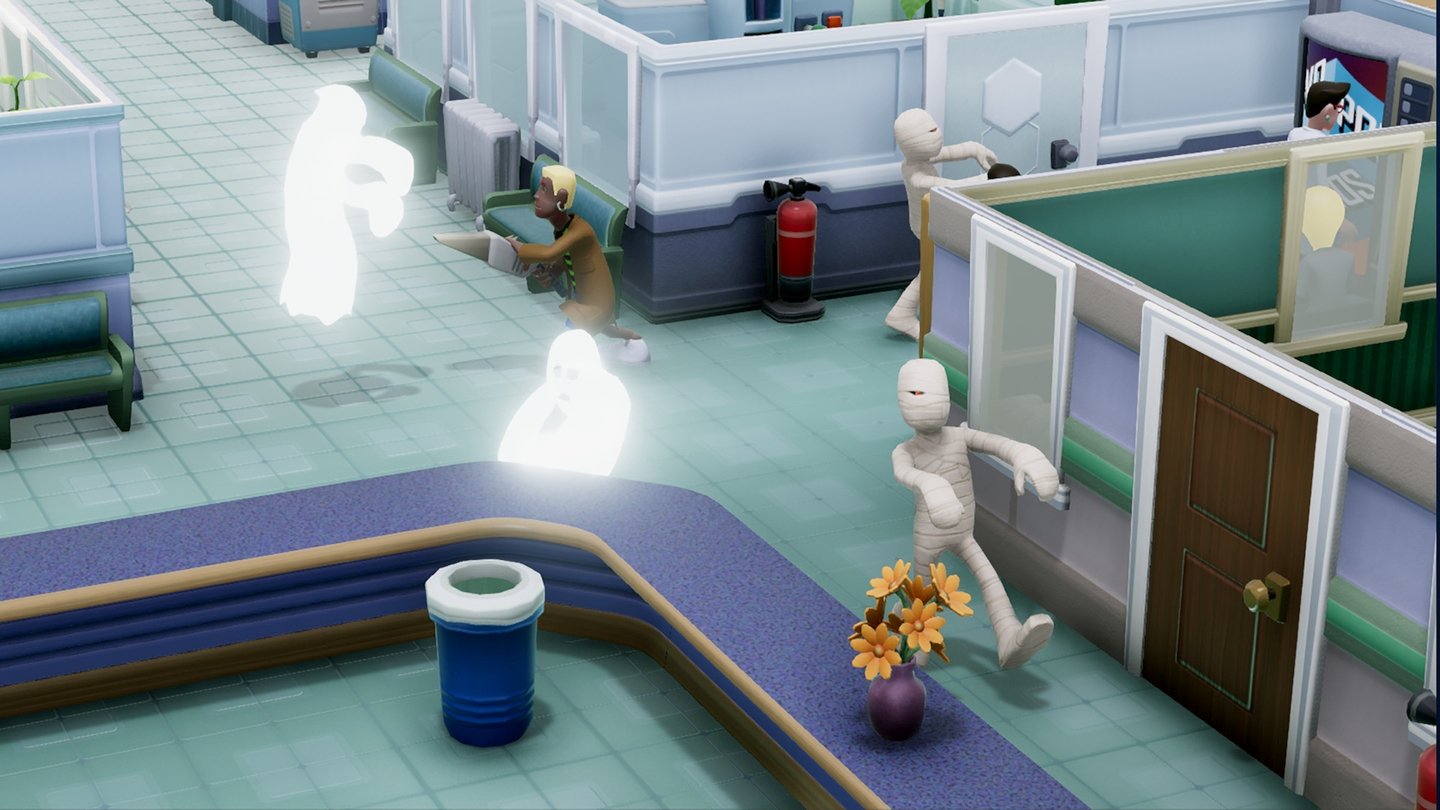 Two Point Studios and SEGA’s Two Point Hospital recently launched on the Xbox Game Pass. On the Microsoft Store, the game will come packaged with one additional DLC.

Two Point Hospital was previously released in 2018. After its launch, additional DLC was released at cost on Steam.

In Two Point Hospital, players will build a hospital to become either the most beautiful or functional building in Two Point County.

There are several ways to play this hospital sim that has gamers work on “Optimizing your hospital design to increase patient (and cash) flow, arranging corridors, rooms and waiting areas to your exact specifications. Expand your hospital to multiple buildings as you look to get as many patients through the door as possible.” state the game’s description, “Place decorative and functional items around your hospital to improve its prestige, lower patient boredom, increase happiness and keep those end of year awards flowing in.”

Now players can experience Two Point Hospital with Xbox Game Pass, the subscription service for Xbox One, and Windows 10 PCs. Through the list of achievements, players discovered that the Close Encounters DLC was included on Xbox Game Pass.

Two Point Hospital: Close Encounters added new locations, illnesses, gameplay, and music. The DLC costs almost $8.99 at regular price on Steam, but Xbox Game Pass subscribers can access it with the base game.

Players that purchased the game from Steam aren’t getting left out. At the end of February, the game was updated with a free “R.E.D.U.X.” mode that “digitally recreates” three of the most popular levels: Hogsport, Lower Bullocks, and Flottering.

In “digital recreation,” players can complete goals to receive stars. These stars represent the player’s progress in accomplishing the goals.

In Hogsport, players will have to control the influx of patience as they appear in ten different waves. Lower Bullocks adds a hospital expansion mode where players have to work hard to unlock additional plots. The training hospital Flottering has the player train junior staff while making a profit.

These recreations of existing levels give players new gameplay to enjoy when they’re not maintaining their hospitals in other game modes.

Two Point Hospital is available through Xbox Game Pass now. The free R.E.D.U.X. update on Steam is also available to players who have already purchased the game.

May 7, 2021 Joshua Goodpastor 3150
Sega has announced that Lost Judgement is coming to the PS5 and PS4 in September of this year. This is part of their Judgement Day reveal, and the...

Mar 9, 2021 Lisa Nguyen 3000
Two Point Studios and SEGA have released Two Point Hospital: Jumbo Edition on consoles. The game is a giant bundle containing the base game plus...

Feb 1, 2021 Chris Miller 8260
Video games, if you haven't heard, are making a massive amount of cash for businesses; all but Amazon, but that's beside the point. The gaming...