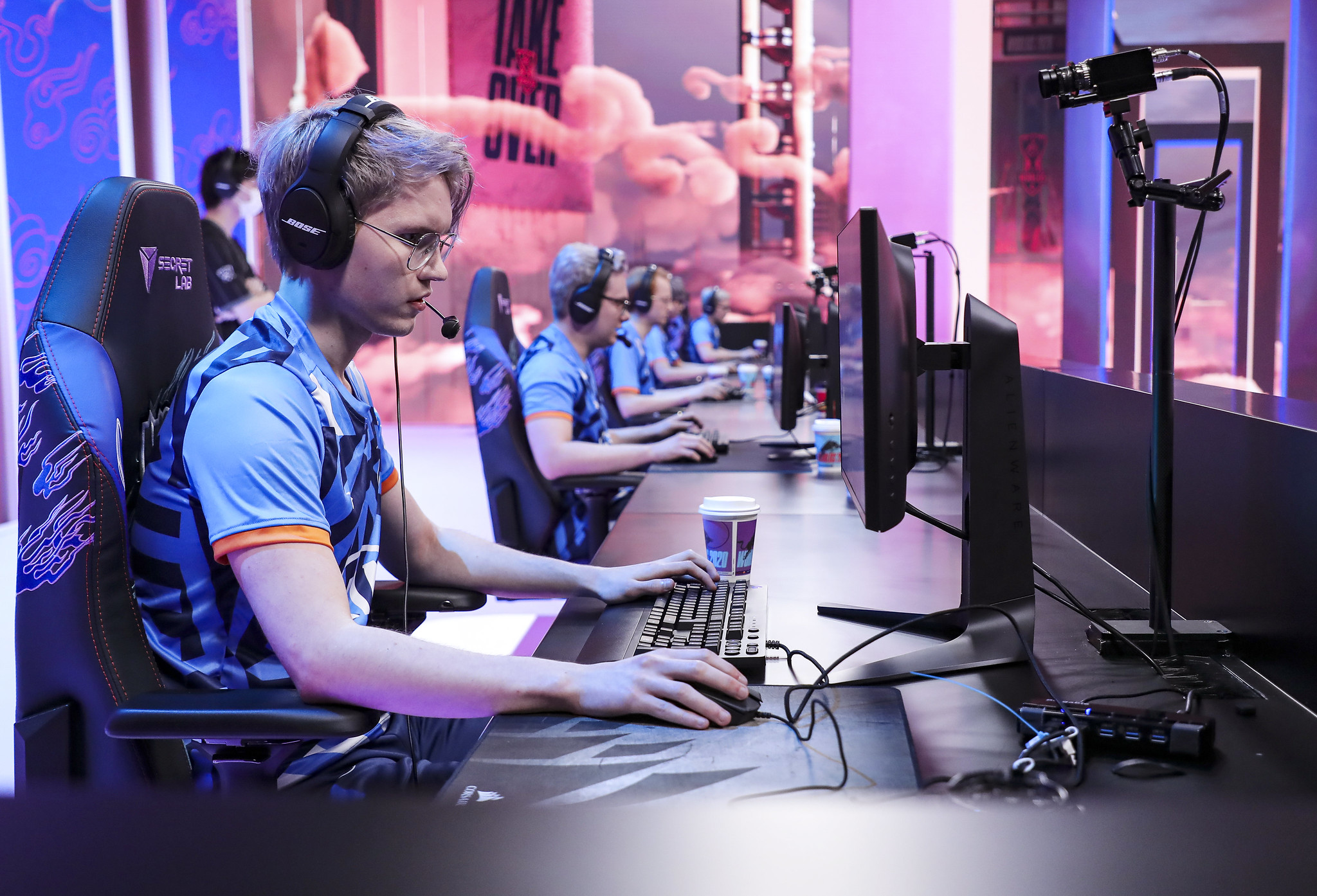 After a close defeat to tournament favorites DAMWON Gaming at the League of Legends World Championship play-ins, Rogue support Oskar “Vander” Bogdan is as calm and confident as ever.

With Rogue drafted into the tournament’s most challenging group, community sentiment was very much that the team had taken a bullet for the rest of the LEC’s representatives, allowing them to avoid playing into JD Gaming and DWG. But Rogue have shown that they are not giving up without a fight, taking a game from PSG Talon and putting up a strong showing against DWG today. The LEC team has made a statement that it will not go down as the sacrificial lamb of Europe.

Having piloted the first Taric pick of the group stage, Vander explained that the choice was made to enable jungler Kacper “Inspired” Słoma on Hecarim. This pick opts the bot lane into a roaming playstyle rather than playing for laning priority but allowed Rogue’s bot the opportunity to “just farm and really out-skill them in teamfights.” With bottom lane’s apparent lack of early-game importance in the current meta, Vander explained that maximizing your usefulness as a support is all about “pushing and invading for enemy jungle camps,” aiding popular carry junglers like Nidalee and Graves in securing all-important experience and gold advantages.

This early push-and-roam style was utilized incredibly effectively by Rogue in their game against PSG. But against the strength of DWG, they weren’t allowed quite so many luxuries in the early game.

Reflecting on their loss, Vander recognized the drafting issues that had potentially cost Rogue their victory, saying that he believes Rogue made a mistake in prioritizing Hecarim when champions like Graves or Lillia look like “stronger jungle picks that [don’t] require so much help.” Instead of being able to punish DWG’s weak early game picks of Lillia, Lulu, and Sylas on the top side of the map, Rogue “didn’t have many ways to play the early game” and allowed DWG’s picks to reach their item spikes uncontested. “We kind of had a teamfight comp, but couldn’t get to the teamfight part without being in a deficit,” Vander said.

Drafting for teamfights is a risky business against some of the world’s best teamfighting teams, and Rogue have been drafted into a group with two of them.

“Teamfight comps are super good if you’re either even or a little bit ahead,” Vander said. “But we were 5/6k gold behind at 20 minutes which is way too much.”

Both DWG and JDG have been exceptional teamfighters in their domestic regions, and they show no signs of slowing down at the World Championship. Champions like Volibear and Syndra have already seen high levels of priority within the group stage meta—both able to create massive amounts of space within teamfights due to their ability to instantly punish mispositioning on the side of the enemy team.