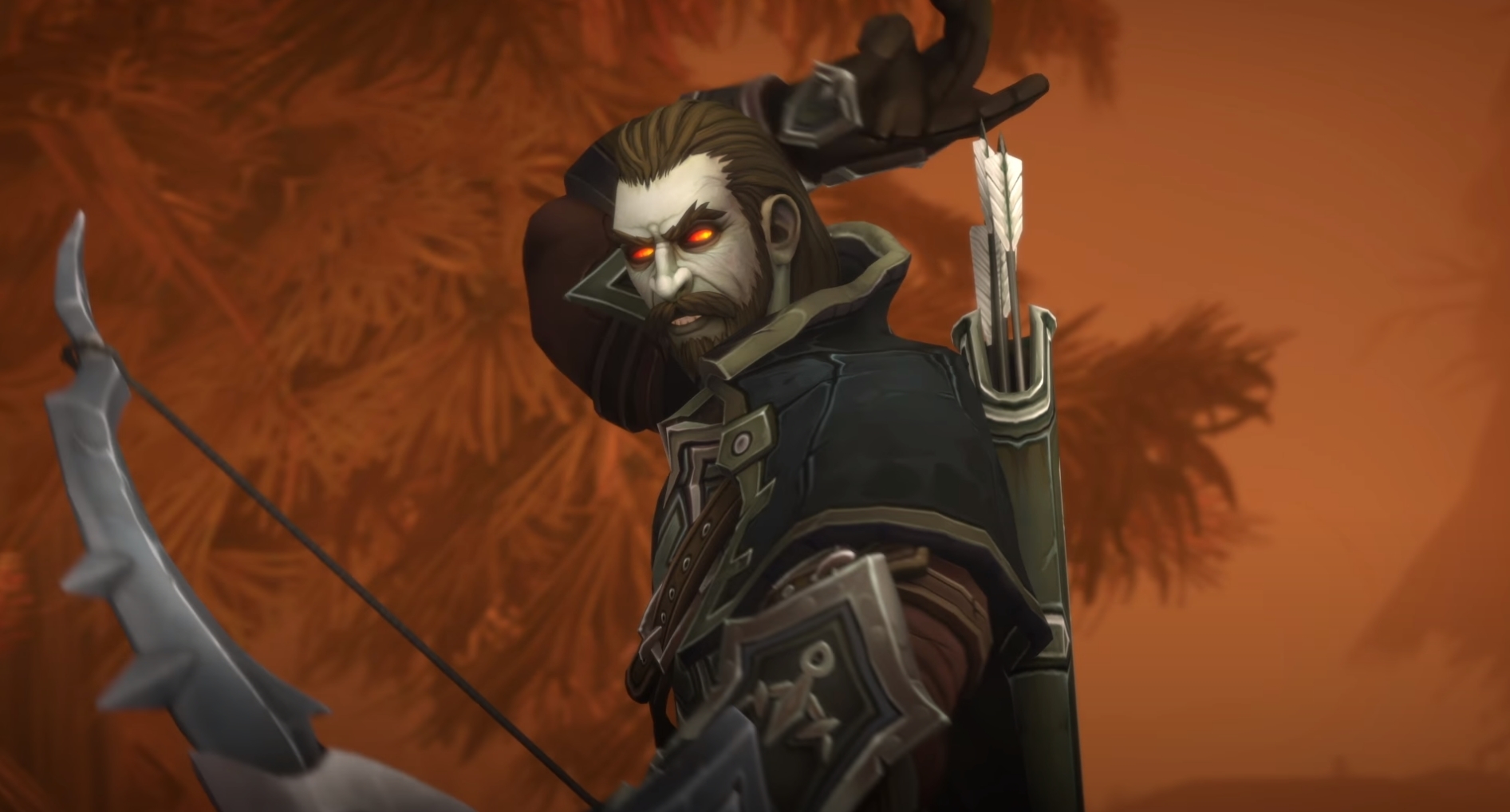 World of Warcraft: Shadowlands is less than two weeks away from launching, coming out on November 23rd only twelve days from writing this. Blizzard has done a massive amount of leadup to this expansion, with a massive step arriving yesterday.

With the new Scourge Invasion event that was released as part of the prepatch, there’s a massive amount of new content for players to sink their teeth into. One thing that plenty of us have been excited about is discovering the fate of Nathanos Blightcaller.

So, on that note, if you’ve been waiting and haven’t had a chance to play through the content yet yourself to find out, you might want to turn away! There are spoilers for the story below this point, so turn back now if you don’t want to read what happened.

Blizzard has fixed the bug where Nathanos Blightcaller awarded loot for the wrong specialization. If you missed it earlier, Nathanos drops ilvl 115 loot with Darkshore appearances.#Shadowlands#Warcrafthttps://t.co/RQktnFSYCxpic.twitter.com/ONP7OrNjfB

Nathanos, at this point, is best known for being Sylvanas’s lapdog, doing her bidding under any and all circumstances no matter what she calls for and doing so with a smile on his face. While his own lore character, many have come to find him a bit annoying – a shame, given his impressive lore.

After the events of Battle for Azeroth, Sylvanas Windrunner had turned traitor while Nathanos Blightcaller went his own way, both disappearing and both very wanted by the rest of the populace of Azeroth.

Nathanos, it seems, decided to pass his time in his old home in the Eastern Plaguelands. Sitting on the porch of Marris Stead as he did back in World of Warcraft: Classic/Vanilla, he’s surrounded by his plague hounds just as he was before.

Players receive a quest to go and bring him to justice (fancy talk for “kill”) as part of the questline for the Scourge Invasion event. Once there at Marris Stead, players are facing a raid boss encounter, which is barely a threat due to the hundreds of players simultaneously taking him down.

Once he’s brought low enough, a cutscene triggers where players watch Nathanos shooting arrows at off-screen fighters, screams of death sounding out at every shot. The clouds part to show the moon, and Tyrande Whisperwind – the Night Warrior – arrives.

Subduing him swiftly, Tyrande asks Nathanos where Sylvanas is. Nathanos tells her she’s “With him, of course” and alludes to her shattering the veil above Icecrown before taunting Tyrande, calling her powerless to stop what’s happened and still happening.

With that, Tyrande slits his throat and kills him – but don’t expect this to be the last we see of him. Nathanos directly tells Tyrande that killing him will only send him to Sylvanas, so there’s a good chance that this fate isn’t his ultimate fate. We’ll likely run into the Blightcaller in the expansion itself.

Blizzard Purposely Programs A Bug Into World Of Warcraft: Classic To Keep Sapphiron Consistent With Vanilla