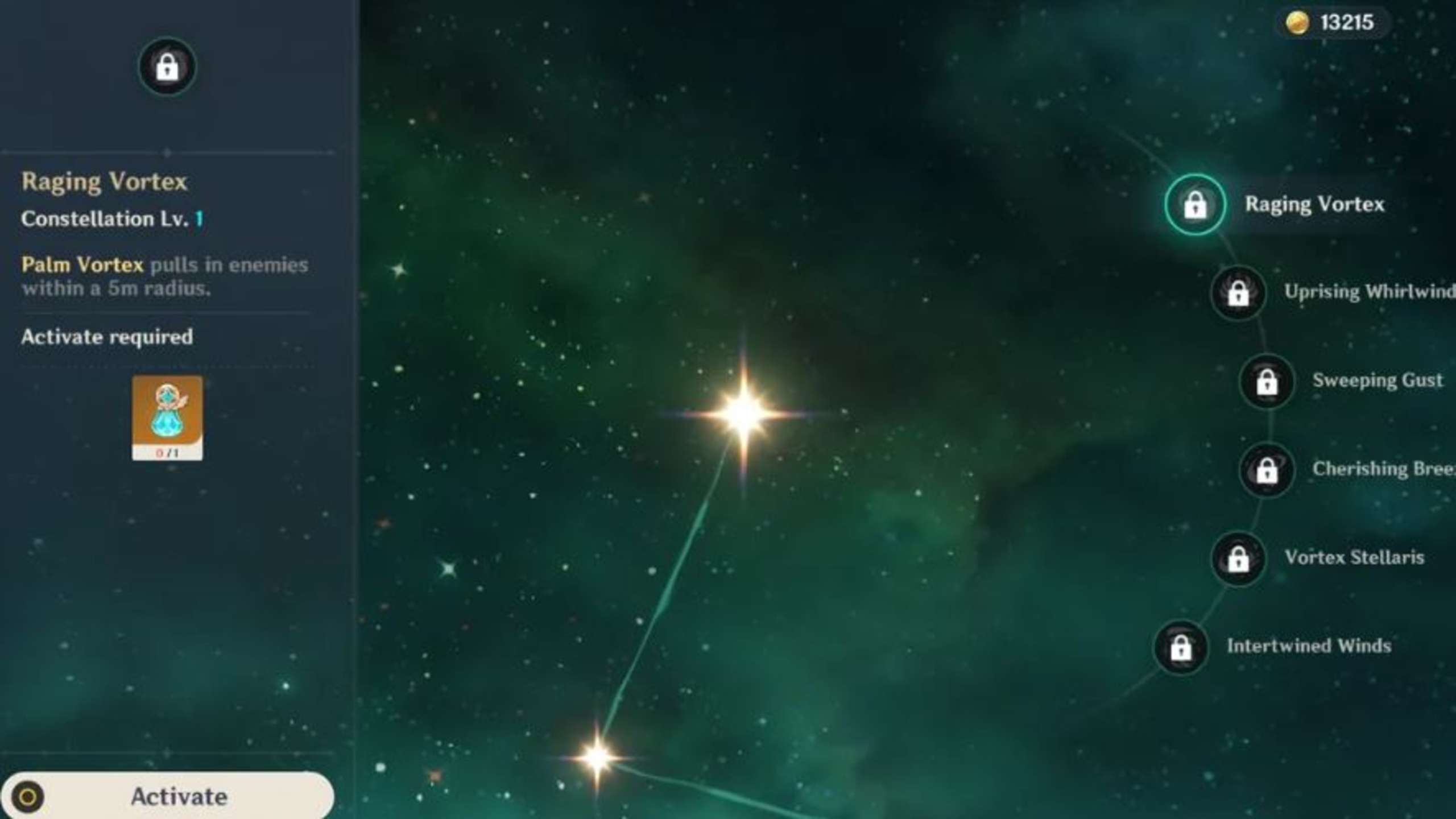 These unique things must be discovered in different ways and cannot be acquired similarly to Stella Fortunas. The Traveler’s constellation has six stars, each of which has six copies, for a total of twelve stars.
The Memory of Roving Gales is the artifact that an Anemo-aligned Traveler utilizes for their constellation. You can locate them here.

When the mission For a Tomorrow Without Tears is finished, one copy of the Memory of Roving Gales can be obtained (Act II of the Prologue).

After finishing Act III of the Prologue, Song of the Dragon, and Freedom, a second can be obtained.

By achieving Adventure Ranks 27, 37, and 46, the third, fourth, and fifth copies can be gained. The player will pick up their awards from Katheryne at the Adventurers’ Guild once they have attained these rankings.

Marjorie, who owns the gift shop With Wind Comes Glory, is where you can purchase the sixth Memory of Roving Gales. She will take 225 Anemo Sigils for it.

The artifacts called Memory of Immovable Crystals are needed for constellation upgrades for the Geo-aligned Traveler. There are some changes between these and the Anemo objects, but the discovery processes are similar.

After finishing the second act of Chapter I, Farewell, Archaic Lord, the player receives their first Memory of Immovable Crystals.
Act III of Chapter I, A New Star Approaches, must be finished to receive a second.

The other four are all on sale at Mingxing Jewelry, a gift shop in Liyue Harbor. They will cost 225 Geo Sigils each, or 900 Sigils altogether, to purchase from Xingxi, who owns the shop.