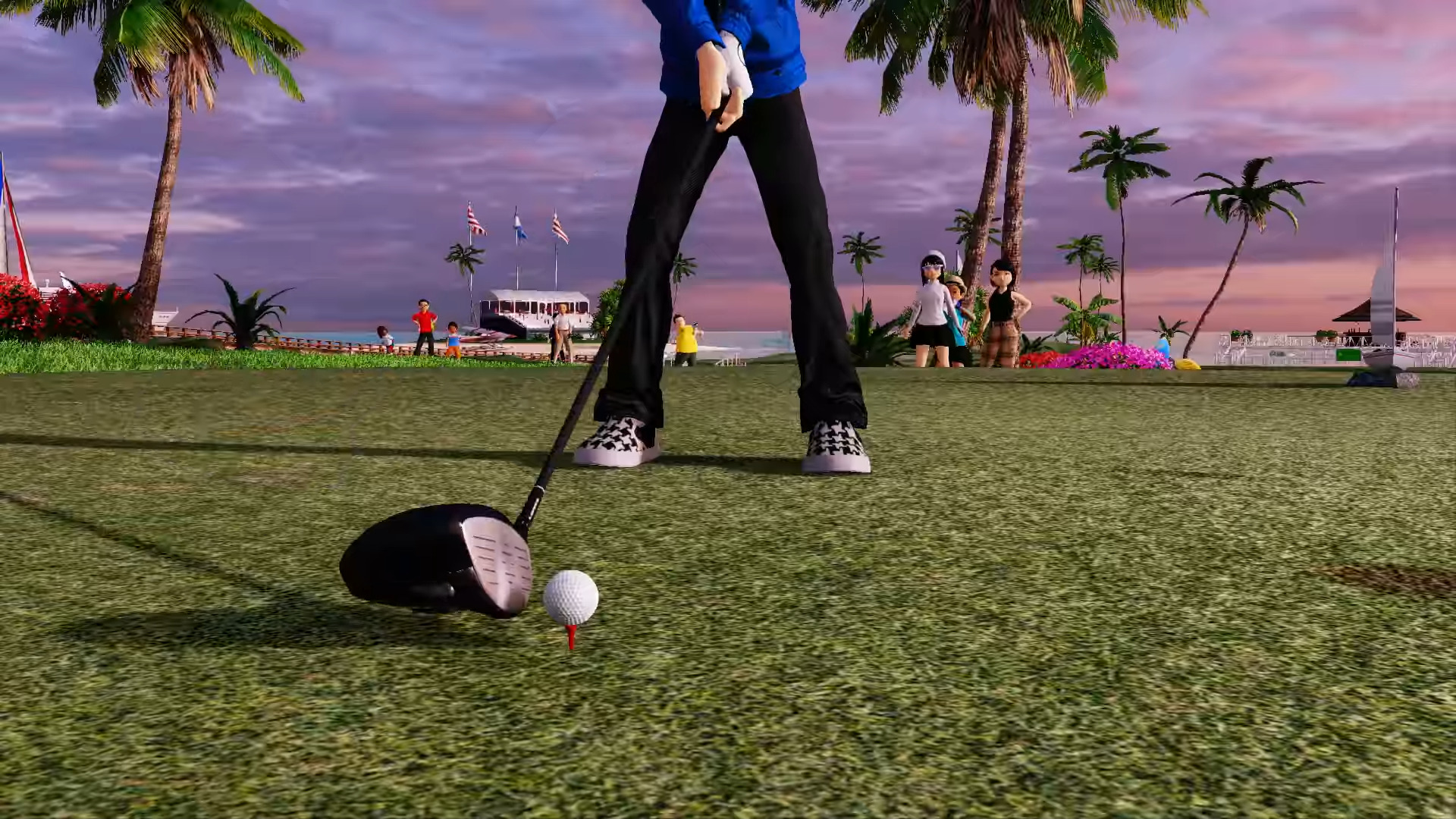 Clap Hanz Limited is a Japanese developer with strong ties to Sony, stood up in 1998 and releasing Hot Shots Golf 2 in 1999 (known as Everybody’s Golf 2 in Japan) to wide acclaim.

The cartoonish approach to golf worked well and encouraged multiplayer play as players traveled across beautiful (and occasionally bizarre) golf courses imagined by the developers that featured breath-taking vistas and wacky play such as penalty roulettes for competitive play if one player was winning too much, which would incur monsoons and alter the shot meter.

The franchise has been largely celebrated throughout its lifespan as an approachable game of golf where strategy and reflex meet well with overall appeal and over-the-top characters.

Most recently Clap Hanz released Everybody’s Golf exclusively on the PlayStation 4 (as has been the tradition thus far) with a special VR edition released for the PSVR two years after the 2017 release.

It largely continued what made the series thus far impeccable with design, characters, and sweeping golf courses that people could explore with ease.

Until you hit the end game.

Where the series has tended to encourage multiplayer play as end-game content, Everybody Golf (2017) changed that for the worse; custom clubs that players either needed to grind for days to find gems hidden throughout courses, or pay microtransactions for separated those that would from those that couldn’t.

Suddenly, online play became separated into two very separate camps; those that could hit the ball far beyond 300 meters, and those that had standard clubs.

Yet the monetization strategy didn’t end there; if it had, the online lobbies would likely still be full today.

Why are their no G3-G0 tournaments in everybody's golf? This was the best feature of the previous games! Custom clubs have also ruined the latest version! The game is a massive disappointment :(. Please fix it?

These custom clubs also wear down, becoming a constant source of resource drain (or microtransactions, if you wanted to continue to compete at the highest levels without weeks of grinding in between). Purchasing upgrades is also a roll of luck, with buffs randomly being applied that would change how much a user needed to spend.

If they upgraded them as much as possible but didn’t manage to roll well, the game encourages users to ‘recycle’ the clubs and try their luck again.

It’s like playing slots, although it’s far more expensive: these clubs can reach level eleven before they’re considered ‘maxed out’ and players will need to recycle and pay yet again (or grind for weeks to once again compete) in the chance that they can have similar clubs that people are using to reach the leaderboards.

Guides recommend backing up saves before spending limited resources on poor rolls, and reverting to those saves after low numbers; for a title that used to encourage skill and understanding of the title to compete at the highest level, Everybody’s Golf turned the late-game competition into a ladder that is separated only by who is willing to pay to consistently roll attributes.

Now, the online servers sit at around 100 people playing online at any given time, even after the release of Everybody’s Golf VR just last year.

This, coupled with five courses that average around $6 per map which split the limited player base (because no one has apparently learned from Battlefield), has more than a few concerned for the future of the franchise that once was a pinnacle of golfing on consoles for those that weren’t interested in the hyper-realism that PGA Tour has attempted to bring.

It’s possible that Clap Hanz reverts from what some have called ‘predatory’ practices with their microtransactions for the next iteration, although unlikely. It’s also possible that the Hot Shots franchise finally breaks free from their PlayStation exclusivity and dabbles in other consoles.

If they don’t, however, it would simply be par for the course.

I’m not being flippant the Hot Shots Golf series is fantastic and a personal favourite and you can play with friends online. Just a nice chill golf game for everyone.

It’s worth noting that, if you’re more than OK with dodging the online competitive play, Everybody’s Golf still is an absolute gem that shows that Clap Hanz is frankly on the cutting edge of approachable golf gameplay, and you can while away days on picturesque courses as we have all done in the decades prior by yourself, or with a friend.

New limitations on how the power bar appears have been noted as a source of annoyance for some, and running in circles to find gifts in the hub can also be a pain, but the gameplay has never been more simple yet refined. It seems like there’s a bit of room for competition with the golf genre.