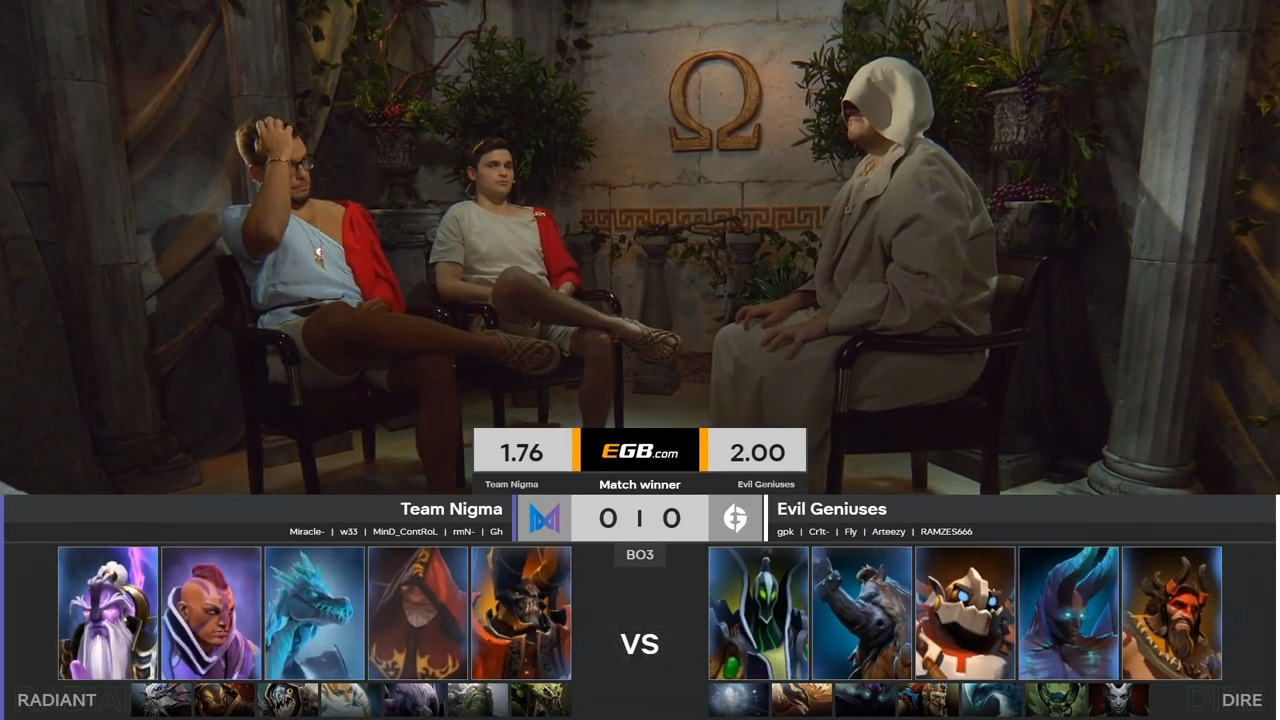 After the whole fiasco of women coming out after experiencing inappropriate treatment from several eSports organization, here we go from the beginning. Just in two days, two influential brands in gaming have tweeted sexist comments. As expected, apologies have been provided after the act and a promise to “do better in the future.”

The WePlay! Dota 2 Twitter account posted an image of host Rich Cambell. The anchor has dressed in one of the Greek-style outfits the organization provided during its Omega League broadcasts. Cambell is also seen with a long wig on as he makes a cross-eyed “Ahegao” face to the camera. The tweet then comments on a fake Patreon account with a photoset at hand on the said donation website. Additionally, the infamous tweet says “bonuses” available whoever watches on Twitch.

Dear community, we apologize for the post that we did. It was wrong and insensitive. Action has been taken, and we will do better in the future. It was sexist and wrong. We are sorry 💙💙💙

The tweet is an apparent attack on female streamers who utilizes Patreon or some other subscription-based website to distribute photos of themselves or whatever services they are providing to subscribers. The Weplay! Dota 2 account has since deleted the tweet and issued an apology after receiving backlash from the community.

The retracted stated, “Dear community, we apologize for the post that we did. It was wrong and insensitive. Action has been taken, and we will do better in the future.” The tweet also admits the mistakes by saying it was “sexist and wrong. We are sorry.”

The majority of the organization’s fans have accepted the apology. Kendryx, Dota‘s host and analyst, has more to say about the situation. Though apologetic, the caster pointed out that this should not have happened in the first place.

Yeah – how about we just fucking don't @WePlayEsport?

After E3's article, after how many victims came forward in the Dota 2 community with assault stories, after we decided it was time for change…

You do this. You allowed this to be posted.

THIS IS SEXISM. STOP THIS SHIT! pic.twitter.com/H0clhn9guv

She tweets, “After E3’s article, after how many victims came forward in the Dota 2 community with assault stories, after we decided it was time for [a] change… You do this.” Kendryx adds WePlay!’s tweet is sexist and has to stop.

Unfortunately for the eSports organizer, the community might not be able to forget the same issue a few years back completely. In 2019, the company advertised an article about the hottest “girl gamers” in the sphere and was met with extreme criticism. Back in 2018, a hiring post from WePlay! included a perk saying, “chill with girls and tequila” to lure in applicants.

Just the day before this controversial tweet, Electronic Entertainment Expo received equal disapproval from the community. E3 posted a list of “games women gamers are playing.” The company has since deleted the tweet and apologized.

Feb 8, 2021 Chris Miller 10660
There's this bizarre area for corporations to exist in where their offerings have become synonymous with the industry to the point that they become...