The 100 Thieves are a well-established organization at this point across Counter-Strike, League of Legends, Fortnite, and now their newest foray into competitive first-person shooters with Riot’s Valorant.

Yet the team has had more than a few issues in bringing together a functioning team; they’ve dropped out of opening rounds of various tourneys recently after bringing in four PUBG professional players under the watchful eyes of Counter-Strike legend Hiko: Alfred ‘Pride’ Choi, Zachary ‘Venerated’ Roach, Diondre ‘YeBoiDre’ Bond, and Keane ‘Valliate’ Alonso.

After a rough couple of losses, 100T broke their ties with the four players and kept Spencer ‘Hiko’ Martin on as they announced a new and exciting addition: Nick ‘nitr0 Cannella, Captain America himself who had just recently parted ways with Team Liquid as his scores slowly declined over time within the brutally competitive Counter-Strike scene.

America’s captain has a new look.

Now, there are two chiefs in the village, and no natives to guide; Hiko maintains his role of Captain within the team, and between the two of them there is a vast amount of experience in pressure-cooking scenarios on stage, and on servers.

Precisely who these two will pick up, however, hasn’t been made any clearer in the recent weeks. Nick continues to stream with a variety of players most evenings, yet 100 Thieves hasn’t announced any players that they’re looking closely at.

One such player that has made himself a staple in these evening gaming sessions is Mike ‘decipLe’ Baker, a retired CS player that was last seen on team Aviato in Tier 2 years ago.

Nick and Spencer have stated that they aren’t necessarily only looking at Counter-Strike talent; a scene that is seemingly bleeding older talent into Valorant along with Overwatch League. Yet when you look at the 100 Thieves roster right now, which consists entirely of Nick and Spencer, it’s difficult to imagine a different title that the remaining three arrive from.

Both Hiko and Nitr0 have a working relationship built up over the years of playing professional CS:GO, and their familiarity with the scene, if nothing more than its astronomical highs and earth-shaking lows, has clearly brought the two together in light of recent events.

Three additional CS:GO players seem like a shoo-in, and with the ESL One Cologne 2020 Online claiming victims left, right, and center at the moment, there are likely more than a few players that would be eager to bite into a new cut of succulent steak.

100 Thieves fans eager to see the brand jump back into the thick of it with a new roster will clearly be stuck waiting for some time; take heart in the idea that 100 Thieves isn’t going anywhere, and neither is Valorant.

Nov 15, 2020 Richard Sebastian 950
Reports have surfaced a day before the League of Legends free agency market opens that 100 Thieves will acquire jungler Can "Closer" Çelik and AD...

CS:GO - Jkaem Signed To Apeks For Three Years As 100 Thieves Withdraws From Counter-Strike

Oct 20, 2020 Chris Miller 1740
As 100 Thieves exits from the professional Counter-Strike scene after a difficult string of losses during a very difficult time within the world,... 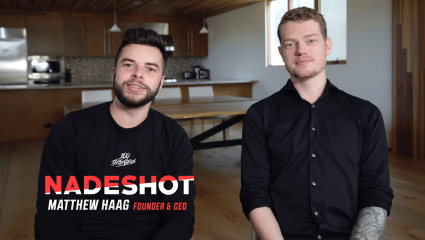 CS:GO - After A Short And Unsuccessful Stint, 100 Thieves Drop Out Of The Pro Scene

Oct 13, 2020 Chris Miller 1480
Well, that was short-lived; 100 Thieves CEO Matthew 'Nadeshot' Haag has gone to Twitter to announce that their professional Counter-Strike team is...