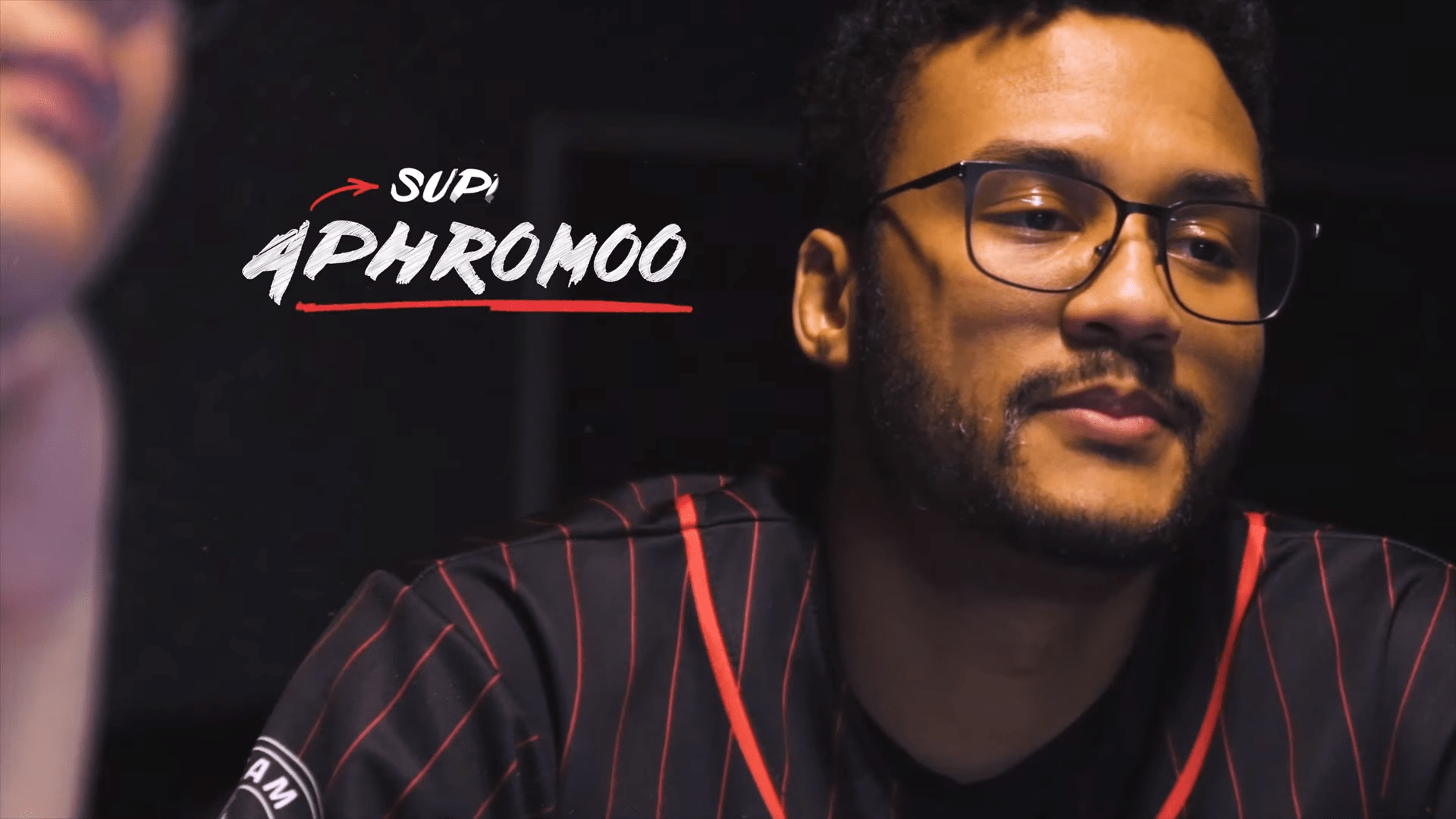 The offseason for League of Legends is not over yet; teams are still looking to update their roster.

The most recent move is the announcement of the departure of the legendary support Zaueri ‘Aphromoo’ Black from the roster for the upcoming season.

Zaq, these past 2 years have been filled with memories we'll never forget. Thank you for being one of the first pro players to take a chance on 100 Thieves when we were a brand new team. We wish you nothing but the best moving forward. pic.twitter.com/f1uKVXFwkK

Zaquieri ‘Aphromoo’ Black started his League of Legends career in 2011. He played attack damage carry for two years until December 2012, where he transitioned to the support role. He popularized the role with his informative videos and joined Counter Logic Gaming on the newly found role.

In Counter Logic Gaming, Aphromoo played alongside legendary AD Doublelift. They received a nickname for their combination down bot, ‘The Rush Hour.’ The 2015 Season was considered the ‘Golden Age’ for the team. They were never lower than second place, and the only reason they didn’t auto qualify to Playoffs was due to losing a tiebreaker to Cloud 9. In playoffs, the team fell off a cliff and could not perform to their regular season play.

In the 2016 season, the ‘Rush Hour’ duo was split up, with DOublelift leaving the team for Team Solo Mid. Aphromoo was paired up with the rookie ‘Stixxay.’ Counter Logic Gaming attended IEM San Jose in November 2015, where they defeated Unicorns of Love and Jin Air Greenwings before losing to Origen. The next year was quite disappointing for CLG fans, the loss of the legendary ADC had too big of an impact on the roster.

In December 2017, 100 Thieves, the new League of Legends organization, announced the acquisition of the support Aphromoo from Counter Logic Gaming. The team consisted of Ssumday, Meteos, Ryu, Cody Sun, and Aphromoo. It looked quite strong on paper, considering the previous performances of the individual members.

The first Split of LCS for the newly found team was a big success, 100 Thieves finished first in the Regular Season of Spring and reached the finals of the Spring Playoffs, losing to Team Liquid in the end. They looked unbeatable in the 2018 Spring Split, and everyone had high hopes coming into the Summer Split.

The team managed to qualify for the World Championship 2018 but failed to get out of groups. Afterward, the Spring and Summer Split of the LCS was a big disaster for them, finishing tenth in Spring and eighth in Summer.

Changes were expected, even though Aphromoo has a legacy behind him, he played lackluster in the Spring and Summer 2019 Split. While 100 Thieves is looking to upgrade their roster and be a contender once again, the future of Aphromoo is unknown, stay tuned to find out if he will be fielded in another LCS team or if he will be demoted to the academy.

Learn The Tools Of The Trade And Face Real Life Situations - Real Heroes: Firefighter, Remastered And Coming To Nintendo Switch

Dec 5, 2020 Richard Sebastian 21050
Tomorrow, one team will certainly be crowned the most effective VALORANT group in the NA region. After a number of qualifiers as well as thousands...

Dec 4, 2020 Richard Sebastian 5490
100 Thieves' success over T1 places them in the last 4 of VALORANT's First Strike: North America centerpiece. It had not been simple. The group...