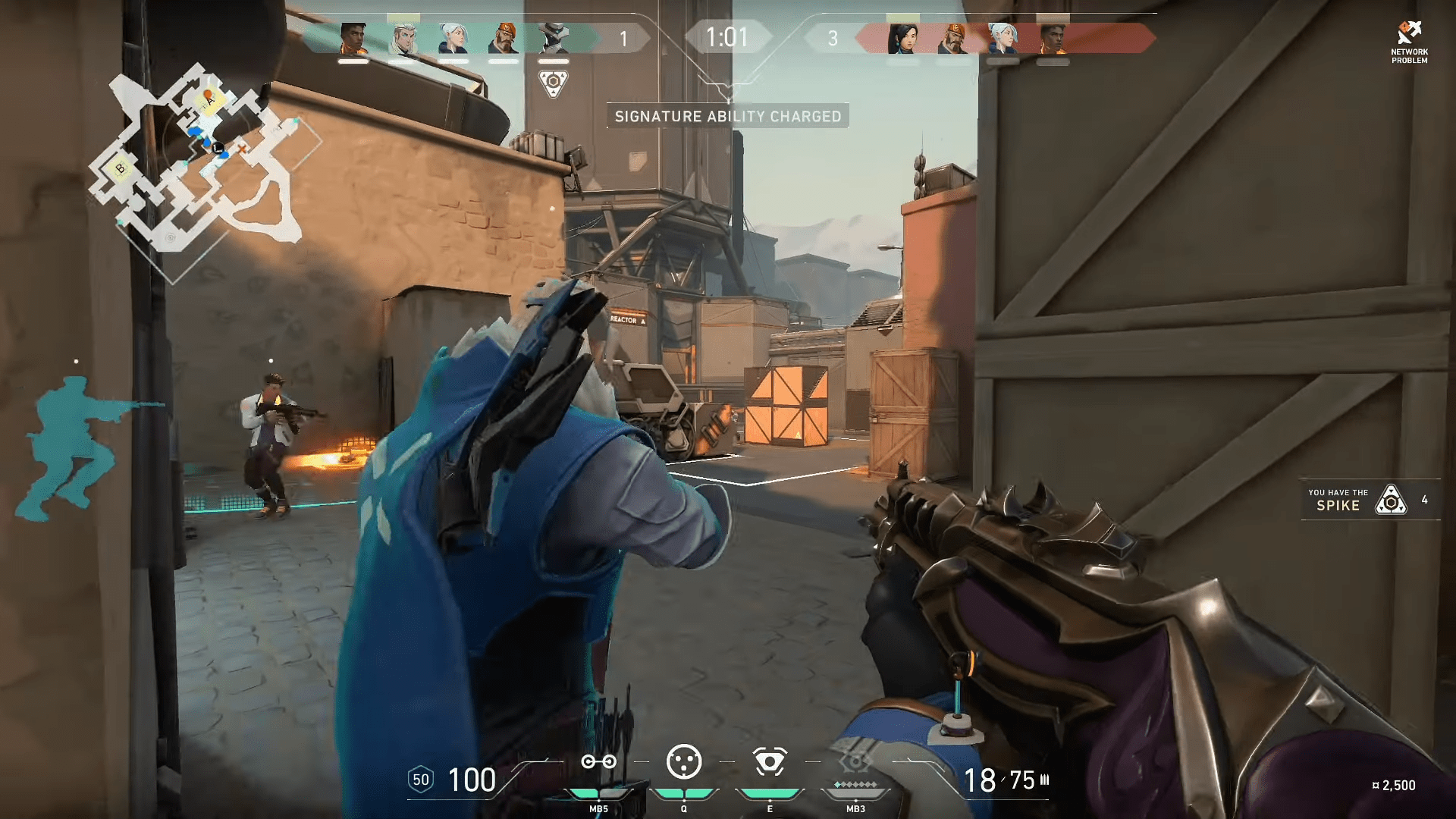 The competition is fast and fierce, the rivalries are legendary, and there is very much room for anyone that can arrive in a server and appropriately frag their way to a status that will make organizations take note. Unfortunately, it’s also very abrasive and hotly contested; if you aren’t making moves and helping your team pull up victories, your time is extremely limited unless you can swing it around.

Enter Riot’s new first-person shooter, Valorant. A brand new scene, a burgeoning title that appears to promise a dedicated esport in the near future, and a title where everyone is comparatively new.

Valorant is starting to become the backwash of Counter-Strike, as brutal as that sounds; multiple members have retired from CS:GO following declining performances and struggling rankings to shift over to Valorant where they are hailed as kings.

With good reason, to be fair; the 5v5 shooter hosts many similarities to Counter-Strike, and the ability to devise a strategy on the fly (while hitting your shots) transfers over to the new title well.

As I reported on the @ESPN_Esports @PlayVALORANT Power Rankings show: former Team Liquid in-game leader Nitro is looking to make the transition to VALORANT as a pro player and multiple teams have reached out to make a transfer from Team Liquid happen

Overwatch players have similarly been able to transfer into Valorant, but it’s interesting that while the arguable best DPS players in Overwatch League are shifting over to Valorant, players that are beginning to show their age in CS:GO are making the transfer.

Wardell, ScreaM, Hiko, and Sick are just a very small number of professional Counter-Strike players that have transferred over, and now rumors are circling that Nick ‘nitr0’ Cannella is looking to make the jump as well.

After struggling in recent months on Team Liquid, and being replaced with Grim, it makes sense as a next move; his leadership is well-versed and he’s used to an esport environment where the stakes are ever-increasing as teams fight through tournaments.

Similar movements happened when Overwatch released, and it will happen in the future when the ‘next big thing’ comes out in the first-person shooter genre with a future in professional competitive play; it’s the circle of esports. Eventually, new talent will be found and recruited taking place of the old guard that will likely shift over to streaming, and then those players will retire from Valorant and switch to become the old-guard in the new title.

Nick Cannella is likely being courted by more than a few teams looking for some more experienced players; the only question is if Nick can put up the numbers that he struggled to in the last few months on Counter-Strike.

Dec 17, 2020 Chris Miller 7510
MMOs are a unique breed of titles; they encourage constant play in the title with a staggering amount of content, taking advantage of the fear of...

Dec 11, 2020 Chris Miller 27990
Counter-Strike has been readily referred to as the bastion of esports. Simply put, if you were good enough to compete against the top players (and...