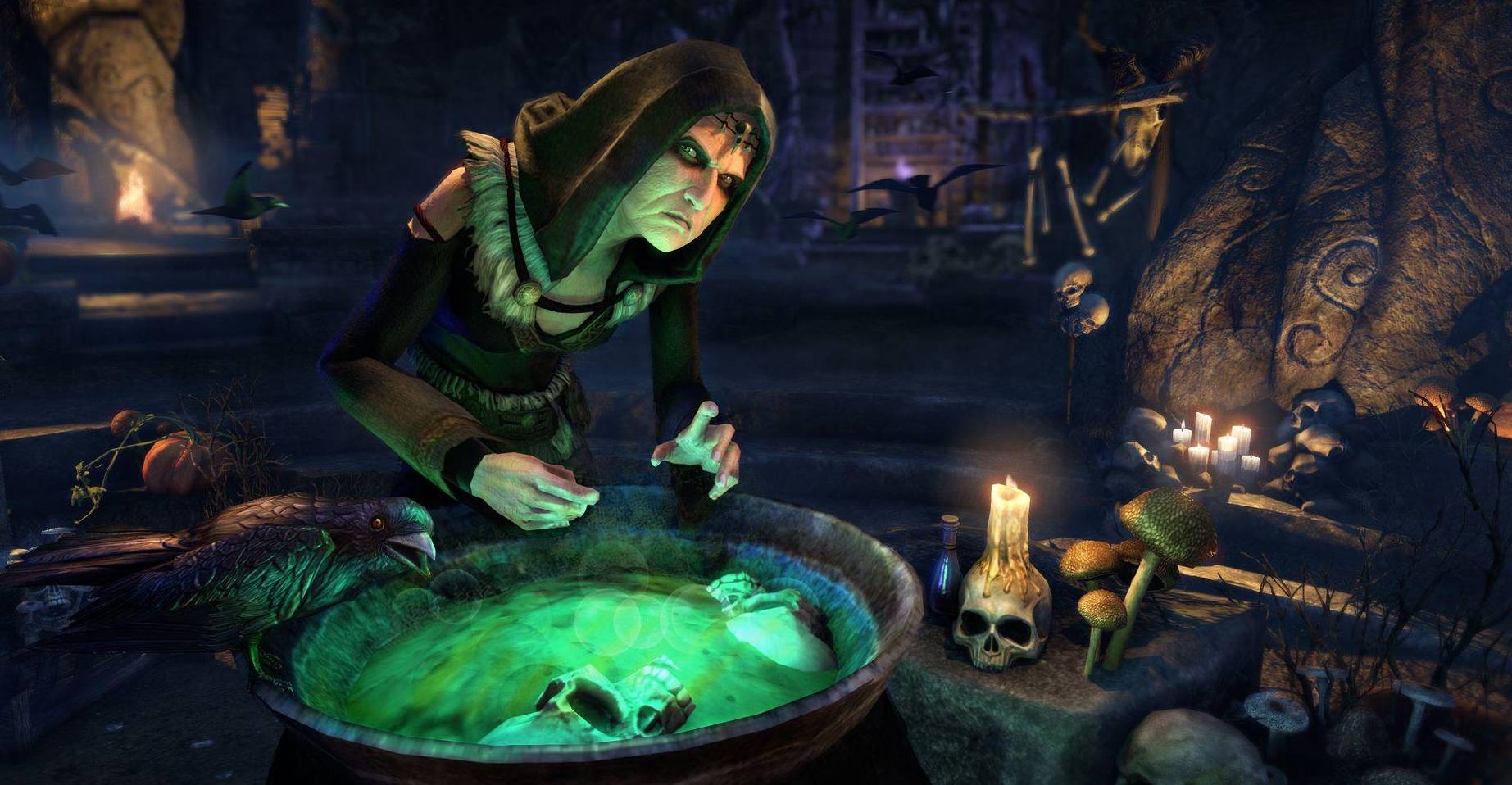 The Witches Festival is an annual event that occurs in Elder Scrolls Online. The event occurs throughout the continent of Tamriel, with various bonuses to enjoy.

Gamers must access the free quest “The Witchmother’s Bargain” via the Crown Store to begin on the spooky exhibition. Completing the quest gives the Crow caller award. Players who have previously completed the quest in the past will not have to complete it again to access the Crow Caller.

Using the Crow Caller will call forth the “Witchmother’s Cauldron,” which grants the player and their party a 100% experience point (XP) buff for two hours. This buff can be stacked with another XP bonus item like the Experience scroll for a massive 200% XP buff.

The festival is the perfect opportunity to boost the levels of any low-level character or try out a new player build.

Drinking from the cauldron will also turn your character into an undead skeleton, but is not a requirement for the XP buff. The only restriction is that the cauldron cannot be summoned in the PVP lands of Cyrodiil.

Something wicked is coming to #ESO 🎃

There are more bonuses to enjoy during the festival. Bosses will drop Plunder Skulls, which contains various books, motif pages, recipes, furniture, and more.

The Crown Store will also offer spooky deals to correspond with the festival. The Reaper’s Harvest and Hollowjack Crown Crates will make a comeback. For furniture lovers, the Hollowjack and Witches’ Coven furnishing packs have plenty of items to design a character’s home.

New items have been included with the Witches Festival update. The Kynbound Senche-Panther mount is the perfect accessory when characters have transformed into undead skeletons. The Witch’s Infernal Familiar pet is a cuter alternative with it’s glowing yellow eyes and little hat. These two unique creatures will only be available during the Witches Festival, so gamers will have to act fast.

The Witches Festival is also the last time to transform the Nascent Indrik mount. The final evolution, Pure-Snow, will finally be available. Similar to the previous three events, players have to collect unique berries, in this case, the Snow Berries of Bloom, to activate the transformation.