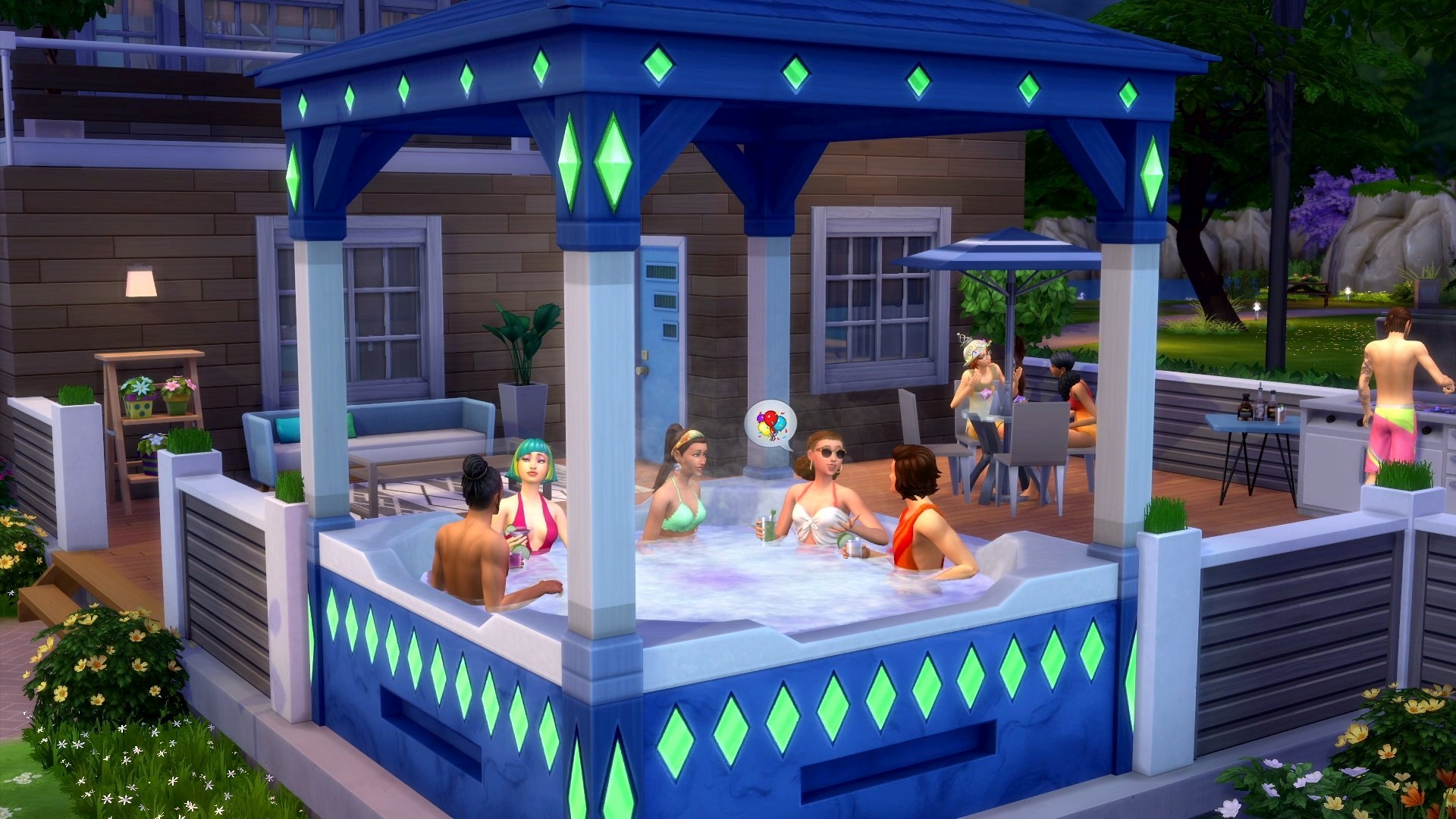 EA has updated The Sims 4 on both PC/Mac and consoles. The update also contains something special to celebrate the franchise’s 20th anniversary.

Players can update their game now to access the new updates and obtain their gift.

We left a birthday goodie in your Inventory… happy hot tubbing 😉 #TheSims20thBirthday pic.twitter.com/Y7wrJObYAd

The Sims 4’s newest update, PC 1.61.15.1020 and Mac: 1.61.15.1220, is available now. The update should automatically update, no matter what platform players are on. The PC/Mac update was released first with the console version released a few hours later.

The full patch notes are available on The Sims community forum. The statement begins with thanks to fans: “Thank you for being here with us through this journey. We have been working on bringing new experiences to our players, such as cross-platform Gallery for our console, PC, and Mac players. And as we continue through our twentieth year, we hope to deliver new excitement to the world of The Sims.”

The celebration kicks off with a gift for everyone: “Birthday Hot Tub.” This item is available in Build Mode and will appear after the game has updated. The new item is bright blue and decorated with green Plumbobs.

New music was also included, such as “JEKYLL & HIDE,” “Take My Hand,” “We Are Young,” and “Violet Stars Happy Hunting!”

Even though more content was added into the game, there were also several fixes.

In the base game, some crashes in Build Mode were resolved. Fixes to the Island Living expansion pack also included Sims being paid for selling Research Data, and Sims with “Child of the Island” Trait can “Summon Island Elements, Ask for Judgement, and receive Judgement properly.”

While not updates to the game, the official The Sims store was updated with new clothing designs. The new clothing is part of the “20th Anniversary Collection.” The designs range from variations of the logo, Plumbobs, and the popular “100 Baby Challenge” often seen on YouTube and other streaming sites.

The Sims 4 is currently free for the month of February for PlayStation Plus members.

The Sims 4 update is available now for PC/Mac, PlayStation 4, and Xbox One.

One Day In, Is Apex Legends Season 4 Any Good? A Quick Look At Revenant, World's Edge Map Additions, And Major Weapon Changes