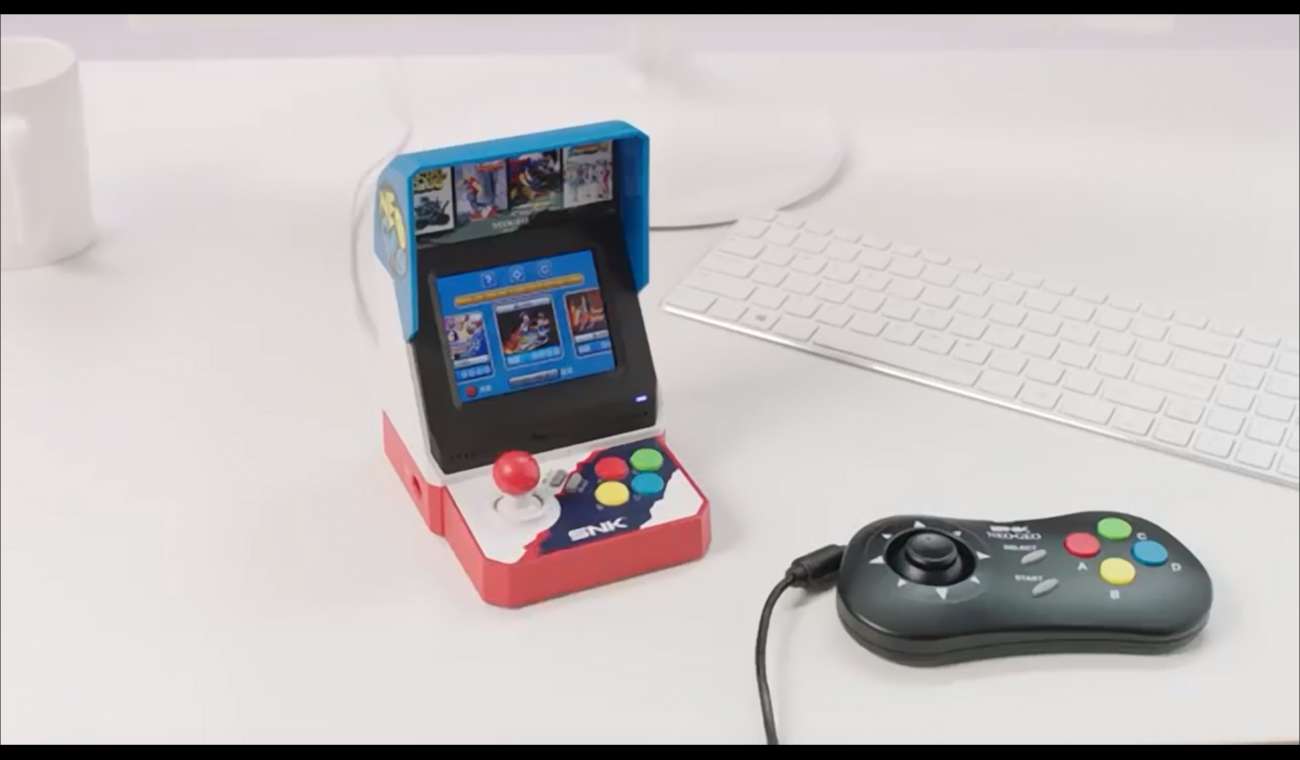 Arcade systems are starting to make a huge comeback. There are many different models today with all sorts of incredible features. The mini arcade systems — in particular — are dominating the market. It makes sense, too. These systems don’t take up a lot of space and come pre-loaded with some spectacular games.

One of the better mini arcade systems in recent memory is the Neo Geo Mini. It’s a portable system that comes with all sorts of classic arcade games, including Samurai Showdown and Metal Slug. It’s basically the perfect system if you’re limited on space and want to play classic games that bring back so much nostalgia.

Originally, the Neo Geo Mini was priced at $140. Now, that’s not a bad deal by any means — but fans of the system can feel even better as the system just got a price drop. Currently at Walmart and Amazon, the system is just $100. That’s $40 in savings fans of this system can enjoy. And, the packaged bundle is pretty nice.

You’ll get two controllers, an HDMI cable, and of course, 40 pre-loaded games. That’s not all. There are cables included as well that let you connect the system to a TV. Imagine playing these fan-favorite games on a huge flatscreen? Sounds like a retro gamer’s dream.

This amazing deal probably won’t last forever, so if you’ve had a craving for some of the best games in video game history all in one elegant-looking device, now’s the time to buy.

The Neo Geo Mini was first introduced back in 2018. It sold exceptionally well right out of the gate, which isn’t that surprising. It takes the best elements of an arcade system, making it more applicable to today’s modern gaming needs. Not everyone can shell out thousands of dollars on an authentic, full-sized arcade cabinet. The space limitations are also real for most gamers today.

The Neo Geo Mini solves both problems in effortless fashion. The creators at SNK did a phenomenal job at listening to the community. Their system checks off all the right boxes in a mini arcade system.

This deal is also great in that two controllers are added. A lot of the games featured on the Neo Geo Mini are designed for two players. Such is the case for many of the beat’em ups and fighting games. Overall, you would be hard-pressed to find a better value. Oh, and the games are pretty spectacular.

Aug 11, 2021 Harry Alston 7920
The New World closed beta was a huge success. It saw consistent viewership across Twitch and over 25 million hours played by the thousands that took...

Jan 19, 2021 Chris Miller 11960
Twitch had a bit of an issue to figure out when the face of the PogChamp emote, which has been spammed in chat well before Amazon came swinging a...

Jan 9, 2021 Chris Miller 5560
It's easy to appreciate the conundrum that Twitch is readily facing, regardless of how ready we may be to throw stones every time they misfire a...