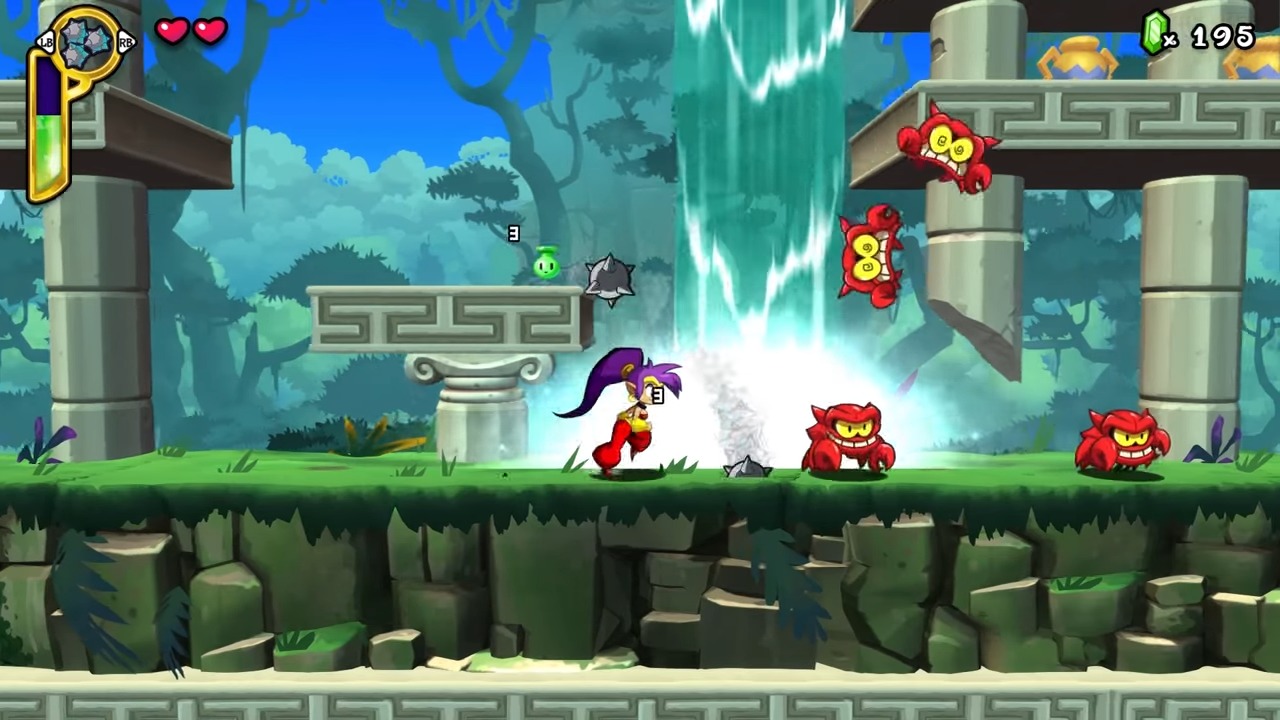 It’s time to shake your hips and summon a bit of genie magic yourself, as WayForward has announced that they’re working with Limited Run Games to bring back the original Shantae from the years of the Game Boy Color.

It’s a blast from the past that will likely experience a bit of a revival as the WayForward franchise has increased their fan base with recent releases of Shantae and the Seven Sirens, and Shantae: 1/2 Genie Hero.

Some questionable art decisions aside that seem to emphasize breasts and wildly low waist-lines aside, the series maintains its role as one of the better platforming-adventure hybrids that unerringly delivers time and again that crash headfirst into final levels of maddening pristine platforming.

You asked for it, you got it! The original GBC Shantae will be returning as a reproduction cart from @LimitedRunGames, available to preorder this September! Additionally, the game will be coming to Switch both physically and digitally! pic.twitter.com/AlMc3nga9R

Shantae was originally released back on June 2, 2002, with a secondary release coming to the Virtual Console of the Nintendo 3DS on July 18, 2013.

It was also overshadowed by massive titles coming out for the Game Boy Color, such as Pokemon. In the years that followed, however, it turned into what many consider to be a cult-hit. If you missed it yourself, you can check out the footage from the title right here.

Apparently her assets have always been that prominent.

Many actions that are featured on the title are still in play to some effect in more modern generations, a stark contrast against other platforming legends such as the Mario franchise, where the powers and abilities are consistently added to over generations.

The hair whip is still a staple, as are moments of inane humor and bizarre dialogue that manages to render at least a hint of a smile every time you work through the series.

Just announced – the original Shantae game will be re-released on cartridge thanks to @LimitedRunGames and @WayForward! Also coming to Nintendo Switch 🙂 More news to come! pic.twitter.com/K60fVKFa76

The world is waiting for more news to surface regarding how this game will be launched: we know, as per WayForward’s announcement, that the Nintendo Switch will be receiving both digital and physical box copies on release, allowing fans to prominently feature the title with their collections.

They are due to launch in September, which is when pre-ordering will open for fans that are eager to ensure that they will receive a physical copy; the original version of Shantae is a difficult piece of gaming history to find, and the price has reflected that in the past. That the physical copies will sell out quickly is a likely scenario.

Along with Shantae, WayForward has announced that Shantae: Risky’s Revenge – Director’s Cut will be coming to both the Nintendo Switch and Xbox One (as a digital copy) this fall; likely to drop around the same time as Shantae.

Aug 18, 2022 Tom Lee 220
Some individuals have played Minecraft for so long that they might almost be considered a child. It has been around since 2009, and Mojang is still...

Aug 17, 2022 Tom Lee 320
A handful of new characters will join the playable roster in the coming months due to the next major update to Genshin Impact. According to the...