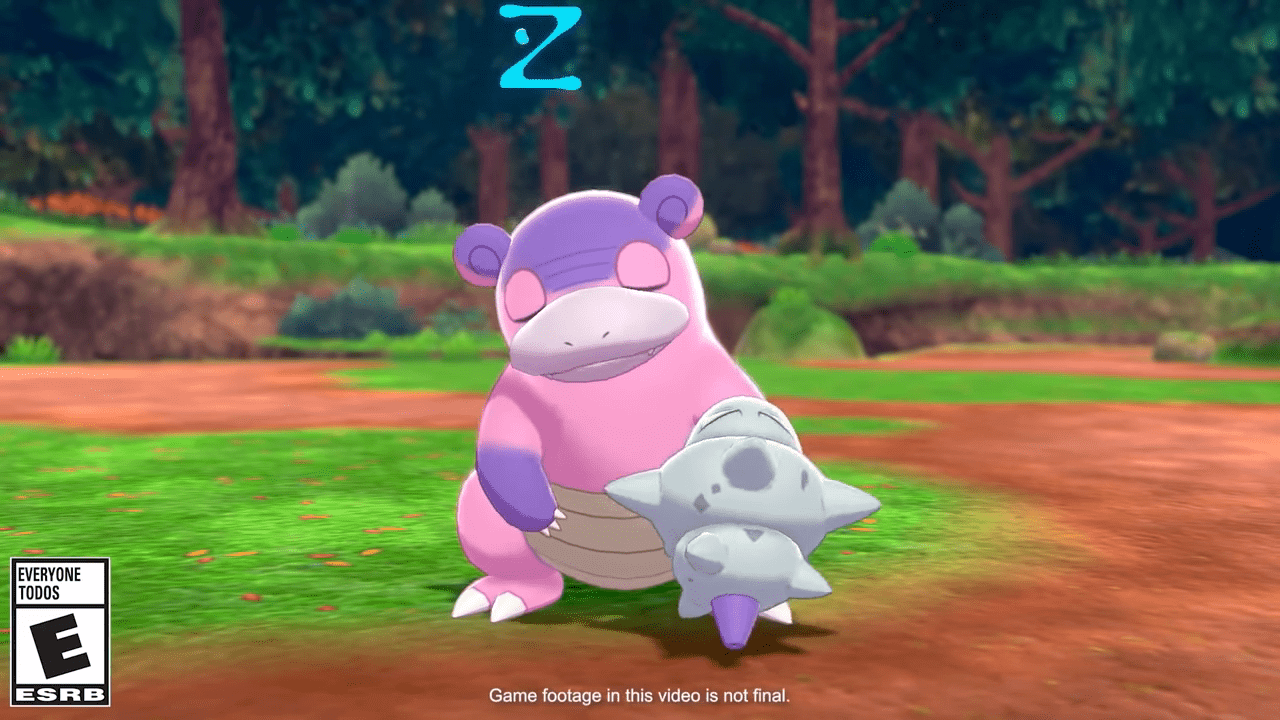 Pokemon Sword and Shield is the first mainline Pokemon title for the Nintendo Switch and has received mixed reviews from fans thanks to some notable controversies. However, the game is still a popular one like all Pokemon games and is even more so thanks to the two DLC expansions set to release soon.

These DLC expansions titled Isle of Armor and Crown Tundra were announced a while back, but recently Nintendo has released yet another trailer showcasing content within, as well as the release date.

The trailer opens with the sleeping form of Galarian Slowbro. This is exciting for some, as the Galarian Slowpoke was previously released as a teaser for the expansion to players in-game. Now players can see just what little Slowpoke is set to evolve into.

The next important piece of info is the showcase of Gigantamax forms for both Blastoise and Venasaur. A Gigantamax form of Charizard was included in the base game, as he was the signature Pokemon for the Champion Leon. Now it seems the other Kanto starters are receiving the same love.

The new legendary Pokemon included in the Isle of Armor expansion was heavily showcased in the trailer. Kubfu is a fighting type legendary that can evolve into two different forms or fighting styles based on where it is trained.

Then the trailer moves on to focus on part two of the DLC’s, the Crown Tundra. The music changes to a more mystical feel to fit the atmosphere. This DLC will have players exploring ruins and dungeons. The Legendary Titans, a legendary group of Pokemon consisting of Regice, Regirock, and Registeel are featured alongside two new members: Regieleki and Regidrago.

The new forms of the three legendary birds are also included in this expansion. Galarian Zapdos, Moltres, and Articuno are all making their way onto your Nintendo Switches very soon. Based on their change in coloration, there is speculation that the types of these Pokemon will also be altered.

How soon exactly? The Isle of Armor expansion hits the store on June 17th, just a few days away. Fans will have to wait a bit longer for the next DLC, as Crown Tundra is slated to release in Fall 2020.

Aug 14, 2022 Tom Lee 330
Numerous films, video games, and television shows featuring the Pokemon franchise have a devoted fan base that spans the globe. This year, the...