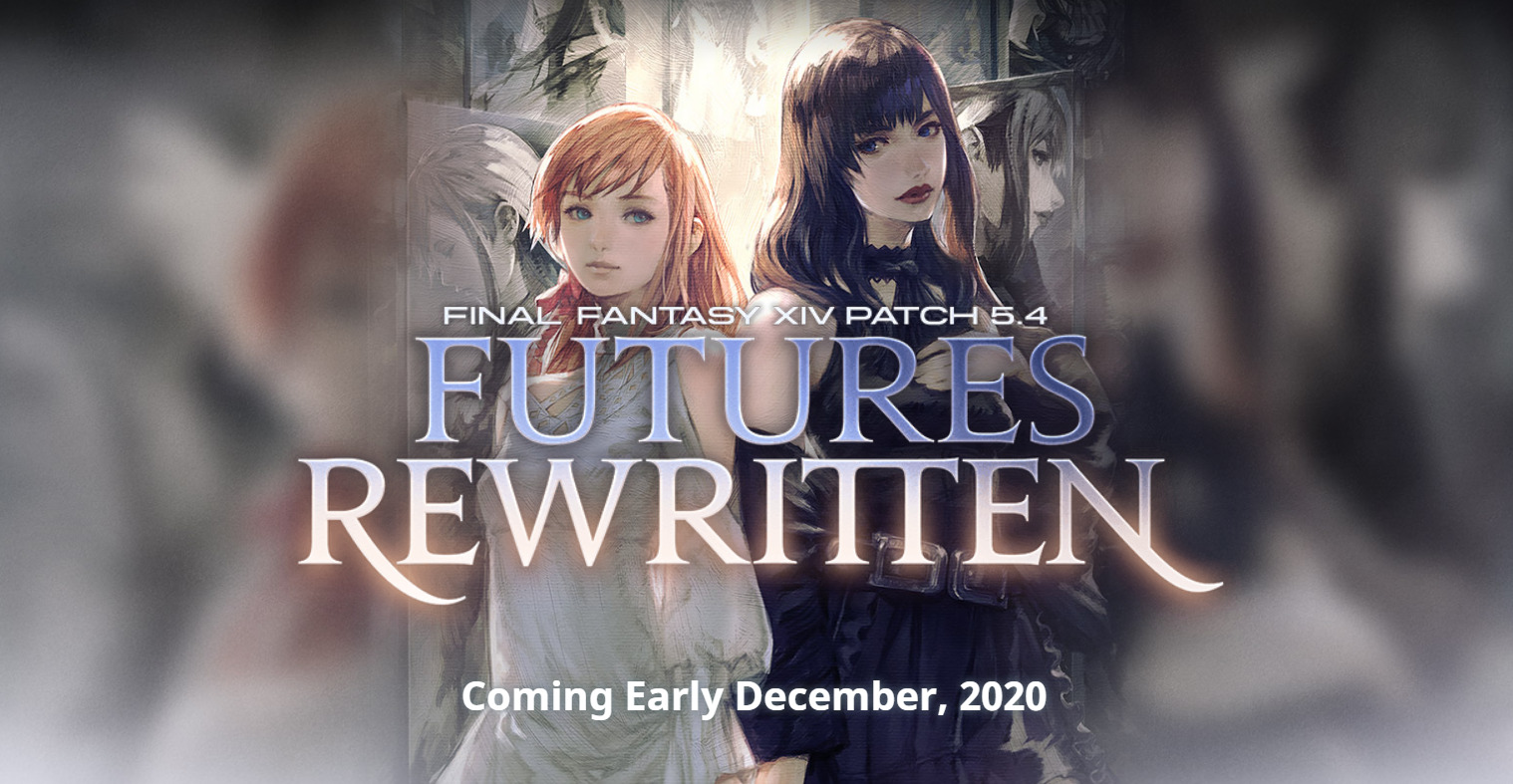 There’s another all new patch coming to Final Fantasy 14, the massive online multiplayer game that can be enjoyed on PC or PlayStation 4.

The patch, which is officially Patch 5.4, is coming in early December. It has been titled Futures Rewritten.

RELATED: Falls Guys Has A New Level Called Jump Showdown And Other Improvements

This will be the biggest update the game has seen since Patch 5.3, which ended the Shadowbringers story. The patch was announced via the Final Fantasy 14 blog, revealing a slew of new and exciting content.

“With Elidibus defeated and the fate of the First secured, the Scions make their long awaited return to the Source,” Square Enix said in the announcement. “But in the new future they now look towards, will that which is written upon the pages of history be an anthem of hope…or a dirge of despair?”

RELATED: Kingshunt Is An Upcoming Third-Person Hack-And-Slasher Set For PC In 2021

A number of new Main Scenario Quests will be included with Futures Rewritten. These will lay the groundwork for its next expansion, which has not yet been announced. All that we know is that the new expansion will focus on the dramatic conclusion to Shadowbringers, and move the overall story of Final Fantasy 14 forward.

It has been said that the main story will feature some familiar faces from previous expansion packs.

There will also be a new raid dungeon added into the mix. It is called Eden’s Promise, and it continues the Eden Verse raid series story that we first saw start off toward the end of Shadowbringers. We’re also getting another new dungeon that will be called Matoya’s Relict. That comes with a new trial called Castrum Marinum.

It wouldn’t be a Final Fantasy 14 update without new missions, and this one is adding a mission called The Sorrow of Werlyt. It takes place in the Chronicles of a New Era quest line and continues the story of the war machine development projects undertaken by the Empire.

Fans have been speculating that the next boss to be added to the fray will be the Emerald Weapon from Final Fantasy VII. This would make sense, seeing as how the Ruby Weapon and Sapphire Weapon were already added in during previous updates.

We also got to look at some new key art that shows off Ryne and Gaia. These are two new characters who are central to the Eden Verse quest line.

On top of all that, it was revealed that Final Fantasy 14 will be backwards compatible on the PlayStation 5, and can be played on the new console.

RELATED: Star Wars The Old Republic Releases Alderaan Stronghold To Public Test Server For The First Round Of Feedback