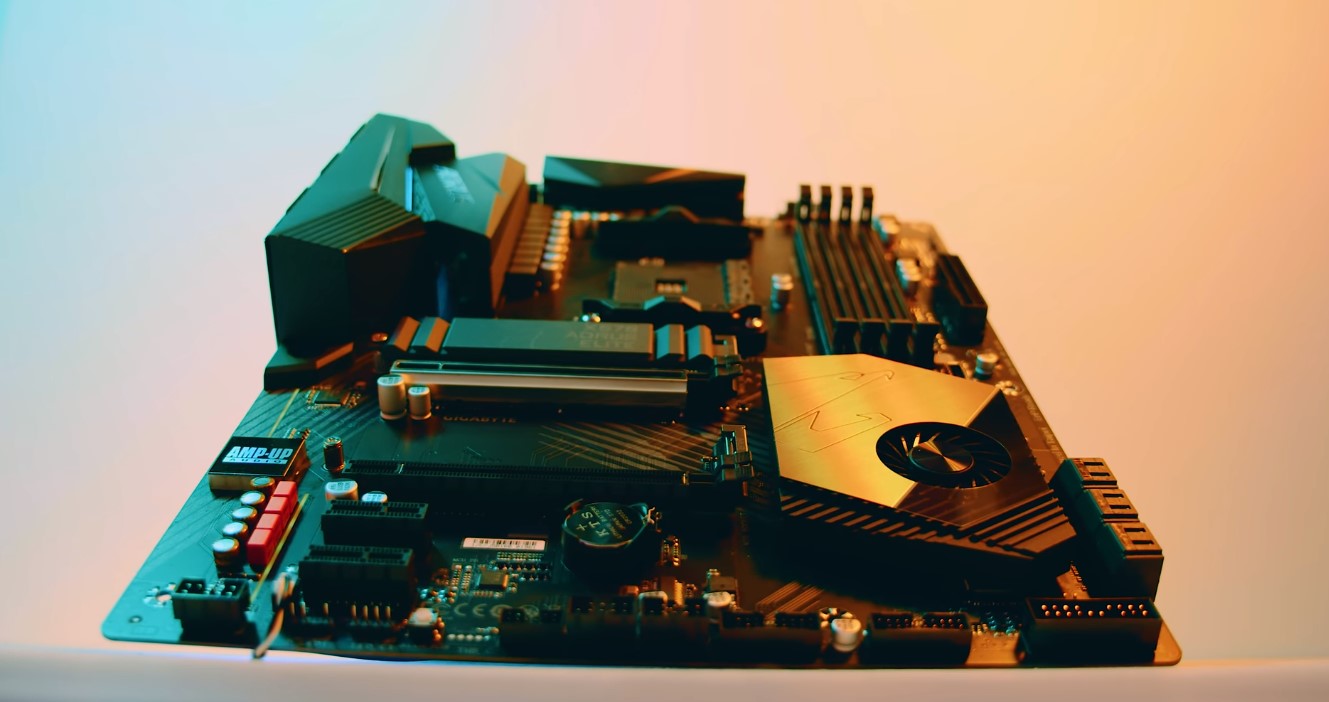 The X570 Aorus motherboard is AMD’s new addition to its line of affordable yet power-packed rigs. It is priced right under $200, something every tech fanatic and gaming beginners would love. Though it is much more expensive than the previously released X470 generation boards, consumers can expect quality features from the Elite mainboard.

This is the second model from the X570 stack aiming to provide users with reliable performance. The Elite platform is built with high power capacity, driving the Ryzen 3000 processors to its optimum functions. It is equipped with the latest connectivity features and guarantees a decent overclocking speed to perform all any of its processor needs.

One noteworthy feature of the new AMD motherboard is its full capacity to support both the Ryzen 2000 and Ryzen 3000 processor. The circuit board has 6 SATA ports and 128GB RAM-capacity slots for its 2 M.2 and DIMM slots. The RAM can support an overclocked speed of up to DDR4 4000Mhz. The Gigabyte X570 Aorus Elite motherboard is fully equipped with the Intel I211-AT Gigabit NIC Ethernet Controller and the Realtek ALC1200 audio codec. These high-definition audio codecs software supports the latest 7.1 surround sound release.

Built with quality and style in mind, the X570 Aorus Elite has RGB LEDs powered by the AORUS Core Lighting system. The basic-black finish of the motherboard and the integrated RGB LED lighting combine to create a subtle glow underneath. The lighting system is located under its IO shroud just beside the VRM heatsink. There are also lightings at the bottom left-side used for separating the audio bits from the entire circuitry.

But amongst it’s built and power, one thing that makes the X570 motherboard stand out is its price. At just under $200, this gaming rig is something every gamer would want to acquire. It is one of AMD’s low-priced yet premium gaming circuitry with decent specification and high capacity performance. It has an advanced thermal design thanks to its Smart Chipset Fan heatsink providing the durability and efficiency to keep the entire board at minimal temperatures.

Pokemon Go Has Already Surpassed A Billion Downloads, An Amazing Feat For A Mobile Game

Dec 18, 2020 Chris Miller 10610
Gaming hobbyists have a bit to be frustrated about during this typically jovial holiday season, and the pandemic is weighing on everyone heavily as...