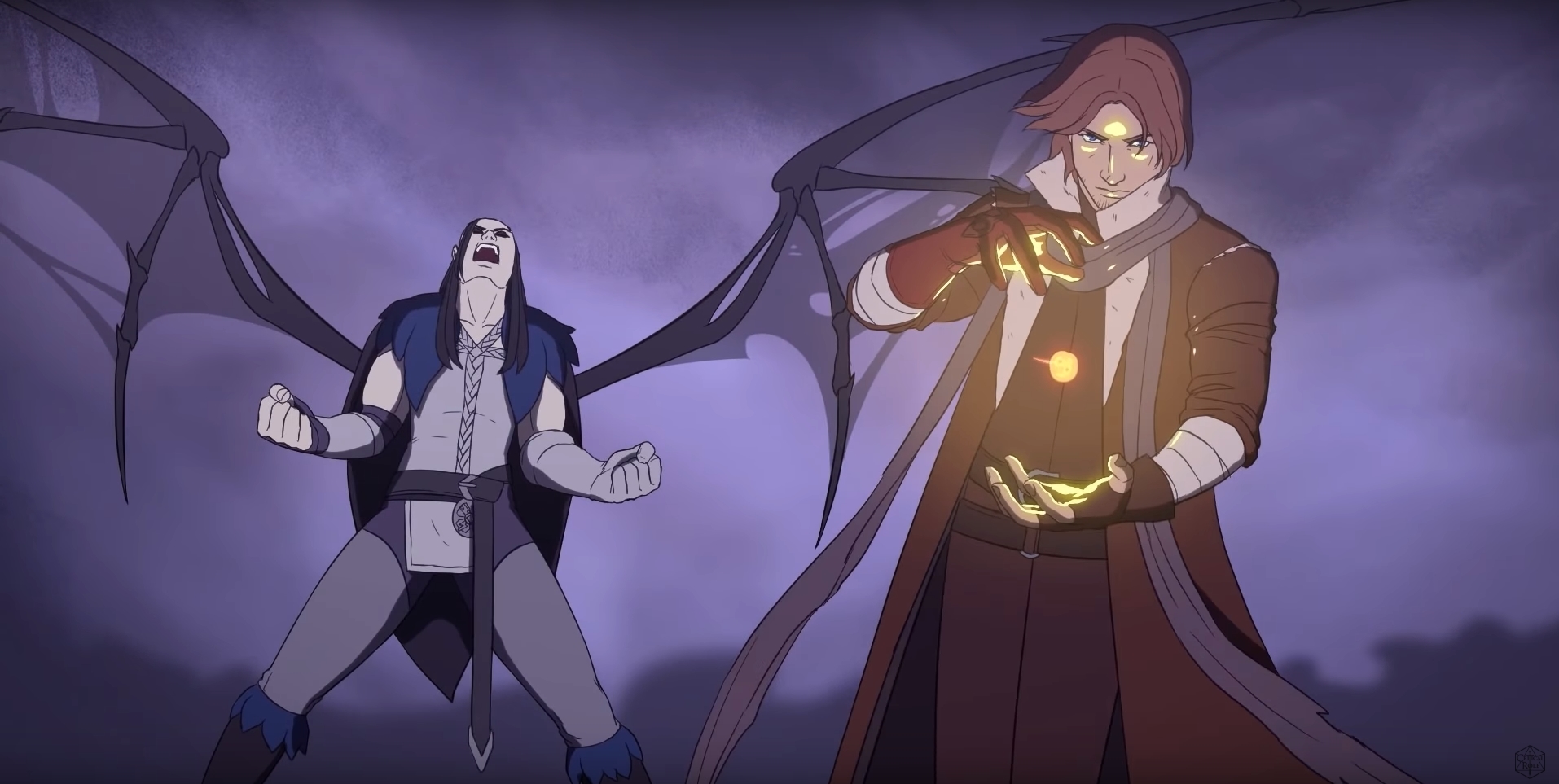 One of the most important of these is the addition of a new type of magic homebrewed by Critical Role’s Matthew Mercer, Dunamancy. This strange style of magic is the trademark arcane secret of the Krynn Empire, a Drow-heavy nation based out of the wastes of Xhorhas. With the addition of Dunamancy, three new classes are going to be arriving, all three of which will likely be featuring the Dunamancy magic school.

So what is Dunamancy? Created by the Krynn Empire, this style of magic is based heavily on control and influence. Much of this is based on the alteration of gravity and time itself. The same technique to alter these forces can be used not just to manipulate and crush your foes, but also to boost your allies with small but game-changing buffs.

The most common use of Dunamancy throughout Critical Role thus far has been the utilization of what has been termed a “Mote of Possibility.” This works similarly to the Luck feat, allowing the user to reroll a D20 roll and pick whichever of the two results they would like to keep. Storywise, this is because Dunamancy allows the user to see possibilities and options through slight manipulation of time.

Another use has been the offensive tactics utilized by the warriors of the Krynn Empire, of whom often appear as one of the new classes we’ll be seeing – Echo Knights, Chronurgists, and Graviturgists. As the later two names suggest, the manipulation of time and gravity is key to their tactics, so much so that their class is named after this feature.

There hasn’t been a massive amount shown of the offensive end of Dunamancy. At one point, a Drow mage (likely a Graviturgist) named Essek Thelyss utilizes his Dunamantic magic to levitate an assailant and kill them by crushing their torso. Previous to this moment, the adventurers of the Mighty Nein watch as a pair of Xhorhasian warriors decimate a group of enemy troops through their use of martial prowess and Dunamantic magic.

Dunamancy has been showered in secrecy and fed to both the players and fandom of Critical Role in small bits, which has only helped fuel its mysterious nature. Now that Matt Mercer has outlined the system in the upcoming Wildemount campaign setting, it’ll be an excellent chance to fully explore the magic school and see how well it fits into your campaign.

Oct 27, 2020 Kenny Kimberly 8370
Critical Role is meeting the fourth quarter of 2020 on full steam, launching into the end with plenty of announcements. While it seemed like their...

Sep 24, 2020 Kenny Kimberly 7190
In nerddom, there are few forces as titanic as Critical Role. Commonly considered to be one of the driving forces behind the current revival and...